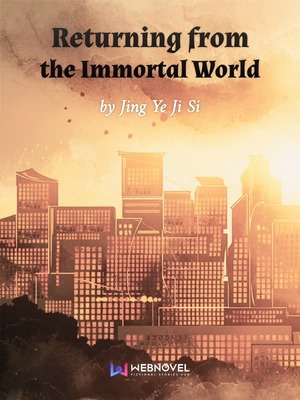 Returning from the Immortal World RFTIW

1123 Dramatic Change of Attitude 2 months ago

At the small Bay Harbor, Zhao Dongfeng, who was wearing a gray vest and white gloves, looked energetic while watching the tens of expensive luxury cars on the beach's parking lot.
It was Divine Doctor Tang Xiu.
The name was so famous that he had long heard of it. He also knew another identity Tang Xiu had as the owner of the Magnificent Tang Corporation, with a net worth of more than 10 billion yuan. He previously thought that he would never meet such a great personage such as Tang Xiu for the rest of his life, but he didn't expect that he'd receive a notice from his boss to greet Tang Xiu as the General Manager of the Blue Starfish Mansion.
Vroom…
In the midst of the car's engine, Zhao Dongfeng's spirit was shaken up. His eyes trained at the four supercars speeding up in the distance. He immediately turned to give a signal to the two staff he brought and then strode forward to greet them.
"Hello, Divine Doctor Tang!"
The moment Tang Xiu got off the car, Zhao Dongfeng was able to