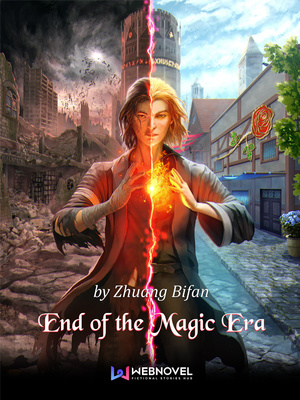 End of the Magic Era EME

Wagner chased all the way to the Radiant Fort, and sure enough, that terrifying barrier had already disappeared.
In the distance, he saw a large number of Black Iron Beastmen organizing the defenses of the Radiant Fort.
As they rushed towards it, Lin Yun glanced at the Radiant Fort's dozen-meter-tall gate and slowly raised his Draconic Staff.
Three sounds came out of Lin Yun's mouth as a terrifying magic power burst out of his body.
Several hundred meters of the ground around the Radiant Fort started shaking as a huge palm stretched out of the ground in front of the Radiant Fort.
The ash brown palm that towered over the gate was extremely lifelike and looked like an art piece. Even creases could be seen on the palm.
It patted the gate as if it was calming a pet, and that action made the entire Radiant Fort quake.
"Boom!"
The gate was shattered by the hand as if it was made of glass, and debris filled the sky.
Even the thick walls to its sides exploded into pieces...
In the di