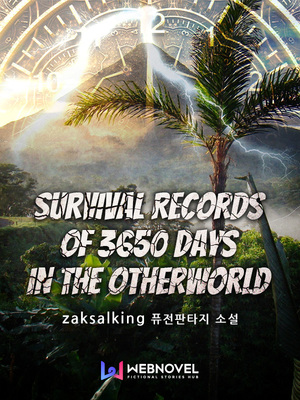 Survival Records of 3650 days in the Otherworld

'Dragon!'
It was a sight to behold. They had to stand in awe at such a majestic sight in front. Giant majestic creatures roamed freely across the lands. Large heads began to appear from below the lake, and soon their giant bodies began to emerge from the lake. There were all kinds of dragons with various colors.
"Whoa. Is that a spotted colored dragon?"
Jinpok spoke in awe as he saw the dragon with many spots all over its body.
"I see a striped one too," Joonbum mentioned as he pointed out toward a giant dragon with black stripes moving up.
"So, this is the dragon's nest I told you about. How do you like lit?" Graham asked with a huge grin. Everyone nodded without saying a word. Joonbum, Jinpok, and Doral didn't seem to think it all that weird, but Bijet, mercenary who joined them recently, and Goron and Bolec all seemed dumbfounded that these dragons really existed.
"Grr… so many dragons in one spot."
Hyungsun the werewolf spoke. He looked very tense with all of his fur raised