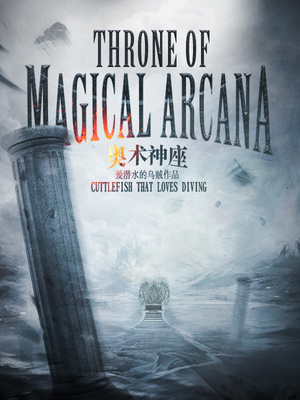 "… Beef jerky…" Lucien's expression uncontrollably twisted a bit. If his prophecy did not go wrong, that dark piece of meat was exactly a part of Ramiro's body which he prepared in advance for his resurrection. However, it had now been roasted by this young girl.
Yet somehow, Lucien did not feel disgusted, only amused.
Lucien felt that Ramiro was still lucky to some degree. In the middle of the wilderness, his flesh could have been taken away by a jackal. Comparatively speaking, being made into a piece of beef jerky did not seem as bad.
The scarlet-eyed girl picked up the tree branch and munched on the meat. It did not take her long before swallowing it down. Then she patted on her belly, looking still a bit not fully satisfied.
"I'm starving…"
Lucien was about to prevent the girl from eating random things she found in the wilderness like this, but seeing the young girl's good appetite, he did not know what to say.
Blond hair, scarlet eyes, genderless beauty, and the fact that