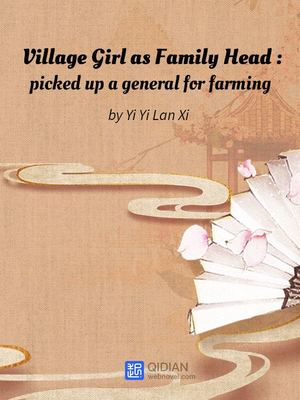 Village Girl as Family Head : picked up a general for farming VGAFH

The weather wasn't cold yet. This time all the freshly made charcoal were placed in Li Family's storage shed. They plan to sell them after a while. While the weather is good, everyone used the time they had to make more.
One day, Lian Fang Zhou bumped into Zhang Li Zheng[1]'s wife, Mrs. Niu on the road. Lian Fang Zhou warmly greeted her. Mrs. Niu returned with a smile, and as passing, she mentioned about her and Li Family's charcoal business. Her words were underlined with absolute envy and also carried a bit of hidden tartness.
This Mrs. Niu considered herself mighty, and what's more, she got a trait of loving small gain. Relying on her status as the village official's wife, she benefited a lot from others. At most, it's just some garlic and scallion or a trivial matter snatching to receive gains first. Because of Li Zheng's face, everyone just grumbled a bit behind her back. No one would hold a grudge against her.
In response to her words, Lian Fang Zhou's mind began turning. Somewhat sheepishly, she confessed. "To tell you the truth, Uncle Li and Aunt Zhang saw that we're pitiful, so they supported us out a bit. How much strength could we have? We can't call it a partnership!