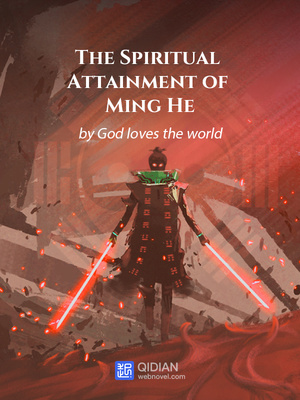 The Spiritual Attainment of Minghe TSAOM

Suddenly, a formation emerged out of the Starry Sky. The people were slightly startled because they saw that the tactical formation was formidable. The tactical formation was lightly covered by Hongjun, imperceptible from the outside. Someone had to be very confident to use this formation. It looked like the Blood Asura was out of luck.
Inside the formation, Minghe, who held the Anti-evil Axe, looked at the surprised Blood Asura and said, "Hongjun, let's save some time. We should destroy him now. The Fruits of Stars of the Origin have ripened, it would be a waste to miss them. Let's do this quickly." Everything changed fast and they did not have time for the Blood Asura.
"Ah!" Minghe shouted and waved his Anti-evil Axe. The axe, full of destruction and death, hacked toward the Blood Asura. The vital force of the Law of Killing and Law of Blood shone on the blade. This time, Minghe was determined to eliminate the Blood Asura with Hongjun.
As Minghe acted, Hongjun did not hesitate to