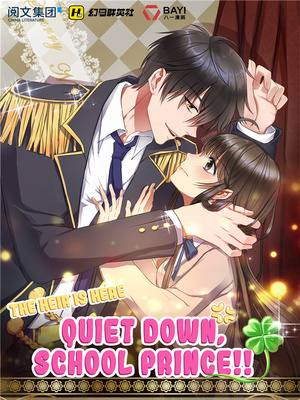 "Stop squirming!" Sheng Yize gave her a meaningful and threatening look.
The little woman stopped moving right away. Since water frightened her so much, she couldn't help but look at Sheng Yize helplessly. Those teary eyes almost made Sheng Yize "excited" again.
Sheng Yize took a few deep breaths and whispered into her ear, "Hold on to me, but don't wiggle!"
His mellow voice reminded her of a cello. With his hot breath brushing against her ear, An Xiaxia's face heated up. She bit her lip and looked at him innocently.
Sheng Yize followed her around and let her play with the water for a while. Probably because she had realized that the water was too shallow to do her any harm, she didn't look as frightened about fifteen minutes later.
He smiled and let her join their other classmates.
Jumping ashore swiftly, he fetched a big towel to dry his hair. Someone then snorted resentfully beside him.
"Lovey-dovey breaks up quickly!" Qi Yanxi spat at Sheng Yize.
Sheng Yize dodged easily, n