In Library Add to Library
sign in
0.99% I Slipped into Another World and Became this Demonic Guy's Pet / Chapter 1: Betrayal 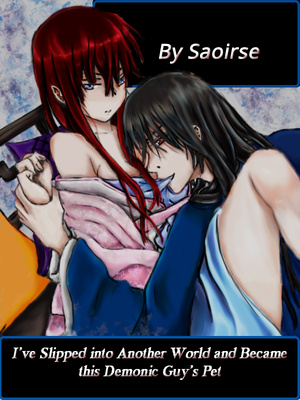 I Slipped into Another World and Became this Demonic Guy's Pet

Falling from a cliff a body slammed into the icy rushing waters below. The body, a woman, squeezed her eyes shut against the icy shock. A feeling of bitterness surrounded her heart as she watched red tendrils of her life's essence float around her. For a brief moment, she considered consigning herself to fate, to let the river's current carry her as it willed and to do with her as it willed.

The thought left as quickly as it had come.

Limbs working urgently, she forced her head above water to take in a gasping breath of air. Her lungs ached as it filled with the stuff. Though her swimming ability was pretty good, her right shoulder that had been shot ached and refused to work properly. It took everything she had to keep her head afloat!

'That damnable, two-faced jackal!' She thought as she struggled. 'If I survive this, I'll revenge on him so hard he'll rue the fact that he didn't make sure of my death!'

She, Nastasia Mikhailovna Vasilieva – a jack of all trades – moved from one venture to next once boredom struck. A fatal flaw that prevented her from mastering any one thing. It had been because of this flaw that she suddenly found an interest in hunting down ancient relics. Studying everything that she could get her hands on, she quite easily immersed herself in the needed knowledge. Moving from one excavation site to next, she naturally met many in the field and from among those many... was a wretched snake.

That man, Klaus Wolf, had approached her like a harmless house pet seeking praise and attention. Whenever he made even the slightest discovery he would come, wagging his metaphorical tail, to show it off and garner her admiration. He always made it a point to force his way into her excavation team, appointing himself as her personal assistant, catering to her every whim. Though his over the top actions rose alarm bells in her mind -especially considering the sensitivity of her work- apparently her cautions against him hadn't been cautious enough.

He had followed after her an entire year without giving away any hint toward his true intentions... there had also been times when she had considered herself to be overreacting. Therefore, as she struggled against the rough currents for the shore, she was caught between self-loathing and patching her damaged heart in excuses.

Unfortunately, she had never been one to clutch to crutches and thus self-blame won out. It fueled her desire to strive forward and smack that bastard ten times harder!

As her persistence won out and she crawled up the sandy shore by pure will alone, her heart ached over all that had been lost. The months of research, the efforts of excavating one site after another, and the discoveries made after finally grasping on to what she had been so painstakingly searching for... had been viciously ripped so cruelly from her hands.

She made fists in the wet dirt as she grit her teeth.

That tablet -among other items- proved her thoughts toward an unknown civilization that been made upon her first discovery. The scrolls she had found during a spelunking venture in Russia pulled her away from that and into her current fancy.

Deciphering the text had been an exciting puzzle. To continue finding the pieces she had invested much of her saved funds, as well as worked hard at convincing others to invest. All the hard work she put in had been swept away in but a single moment.

"Oh ho, Klaus Wolf... when I pull myself from this mess I'm coming for you! I should still have some favors left in the underworld, just wait!"

First chapter done o(^^)o I hope you all enjoyed it.

For now, cause those are the only days I'll have time for writing, updates will be every Wednesday and the weekends.

This was chapter 1/3 for today!