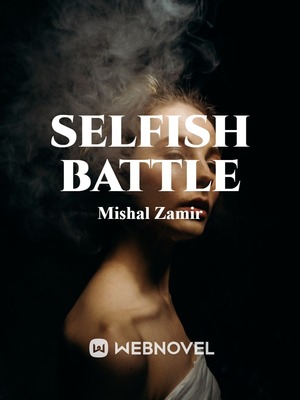 The lavish hall was well-adorned and decorated. People were in awe of the luxurious and opulent enrichment of the Palace hall gawping at the golden sparkling, gargantuan chandelier. Everyone was strutting in their expensive fur coats and gowns. Men wore extremely pricey suits that a poor man can only dream about. There was a glint of pride or one can say arrogance in their eyes. Ladies were dressed as if they were ready to start a photo shoot any minute. Their ornaments were those that we see in glamour magazines. Their hair were glossy and shiny. It almost looked like they had applied glycerin. Many women looked like they had gone under the knife by their extremely plump lips and razor sharp jaws and noses.

Why do these celebrities annihilate their natural beauty? They even know that the ultimate results will push them to deep anxiety and make them feel artificial and refined. Do they want to destroy themselves while knowing the ramifications? Mariza risket thought to herself.

She heard footsteps approaching her from behind and someone tapped lightly on her shoulders Mariza pivoted on her shoes to see Ma'am Malifiya standing in her immaculate gown with her hair in Frizzy curls and waves ,her face contorted into a contrived smile.

''What are you doing here Mariza?'' she said with a hint of anger in her voice

Ma'am Malifiya was the wife of most powerful man of Thunder bay. It's a city full of respectable and venerable entrepreneurs, lawyers and world's most renowned surgeons. Above all of them was the well-reputable and highly-educated industrialist 'Kenfey Archer', a business magnate, the founder of the Ford Kenfey production, philanthropist, humanitarian, investor and what not. Archer family was the one of the most affluent families of the world.

Their business was not only limited to Thunder bay because their deals, investors, clients were all over the world. Mariza bit down on her bottom lip thinking of an excuse. How could she tell the mother of the man she loved that she was here for him? In Malifiya's eyes Mariza and her family was nothing more than filth.

''Ma'am I'm here to help as it's a huge event. I thought I'd give a hand. If you don't want me here I can go'' Mariza said tying to control her nerves. Malifiya slightly narrowed her eyes and then her face became expressionless then she said with slight disdain on her face ''I only have problem with your worn-out and old-fashioned clothes.You don't fit in it in this society let alone attend this prestigious function of my son's birthday party''.

These were Mariza's favorite clothes that she could wear to at least to pretend being a little better to come in this function. Her face turned red, Malifiya wasn't the real mother of Joecasp, Valz and Salvot. Kenfey Archer married her 1 and half years after the death of their real mum 'Katelas archer'. Her death still remains a mystery to the outside world. The personality of Malifiya was a far cry from Katlas. Her sons loved her to death, her smooth velvety voice and compassion for the poor reflected her sagacious nature. Her love for the underprivileged was not a charade unlike Malifiya. That is why her sons became cold and distant after the sad demise of their beloved mother.

Salvot and Joecasp were the elder ones with ages 23 and 21. They easily overcame the death of their mother but still became mushy at the mention of their mum. Valz was the youngest one who was profoundly affected by her death, It seemed like the blooming flower had suddenly lost its charm after going through harsh and monstrous rain. He closed off himself. Seeing her long-life love in deep pain, Mariza's heart always smashed into trillions shards whenever she saw Valz's eyes in agony.

Mariza pulled herself out of her thoughts and said gently ''Madam I will try not to mix up with these people, they seem like big celebrities'' She always felt inferior whenever these functions were held and always tried to seem inconspicuous due to her awkward nature.

Malifiya put a smile on her face that quiet didn't reach her eyes 'Very well, I have many important guests so you do you work'' Having said this, Malifiya didn't even wait for Mariza's reply and strode off.