In Library Add to Library
sign in
0.14% His Genius Wife is a Superstar / Chapter 1: The Woman in White 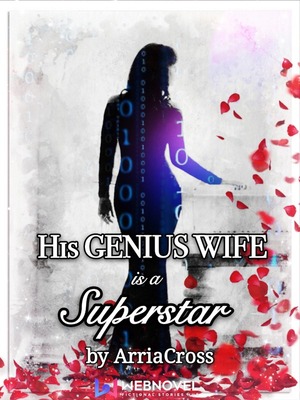 His Genius Wife is a Superstar

Chapter 1: The Woman in White

The smell of blood, gunpowder and death filled the air. The numerous helicopters sounded like beating drums announcing the execution of criminals. Shouts and screams blended with gunshots. Smoke rose in the night sky like an evil phantom about to swallow the moon and the stars.

Inside the mansion, a young woman wearing a white dress watched this scene from hell. She stood in the dark, sweeping her emerald eyes across all the carnage below her. Moonlight reflected on her golden hair.

She looked otherworldly, like a fairy watching mortals kill each other while she remained detached and pure.

Unfortunately, she was not an immortal. She was fated to die this night.

She closed her eyes and sighed. She took one last look at the nightmare playing outside, turned around, and walked towards the grand piano in the room.

The five bodyguards protecting her also shifted with her movement, but otherwise remained silent and invisible.

She knew that this night would be her last. She didn't know whether her older brother, father, and mother were still alive. Perhaps they were killed already. From what she saw outside, the enemies planned to annihilate all of them.

With her great ears, she heard the enemies finally invading the mansion. The gunshots rang louder as they drew nearer.

Her five bodyguards tensed and stepped closer towards her. Their murderous eyes locked at the door.

Gently, she sat in front of the piano. It would be her end soon. The least she could do was play music to accompany the souls of the killed this night as they left this world. Taking a deep breath, her fingers danced on the keyboard.

Beethoven's "Für Elise" started seeping through the sounds of murder in the air.

The door to the room crashed open. The bodyguards immediately started trading shots with the soldiers and police.

The smell of blood and sweat grew stronger, but the beautiful young woman in white played the piano as if nothing was happening around her. Even when two bullets pierced her left shoulder and right hip, she still continued playing without missing a beat.

The music complemented the sounds of carnage to the point that the soldiers and police listening felt goosebumps. The contrast between the music and the violence almost felt mystical.

The five bodyguards fought to protect their lady without any regard to their own lives. They were trained to be emotionless assassins from a young age. They killed a few, but the enemies grossly outnumbered them.

Finally, the last of the bodyguards died.

"Hands in the air!" shouted a police officer.

The beautiful woman in white ignored him, closing her eyes and swaying as she continued to play the piano.

The soldiers and the police officers had their guns raised and locked on to the beautiful woman playing as if she was the only person in the world. Her pristine white dress was now dyed dark red, as blood continuously flowed from her wounds.

Everyone in the room was mesmerized by her otherworldly beauty and elegance.

A soldier gritted his teeth. "We have orders. Fire!"

The woman smiled softly before bullets barraged her back. Her blood showered up in the air like rose petals and then splashed on the ground like raindrops.

Her body slumped over the piano, banging against the keyboard and producing a discordant tune. Her emerald eyes swiftly drained of life, yet they were still beautiful.

She slid to the floor and fell hard.

"At last, I'm free." Her voice was a soft whisper.

Then she breathed her last.

Hello! I'm Arria Cross. Lovely to meet you! "His Genius Wife is a Superstar" is my first webnovel. First 10 chapters will be available immediately, so you'll have more to read and will be able to quickly familiarize yourself with the story and characters. Thank you for your interest in reading my first webnovel. Enjoy!