In Library Add to Library
sign in
9.09% (BL) The Font-Loving AI / Chapter 1: I am looking for alternative fonts 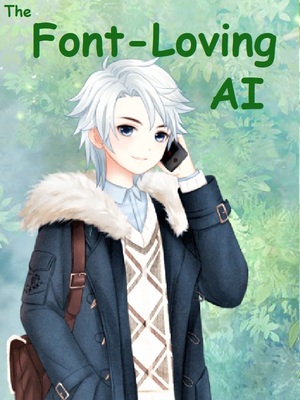 Chapter 1: I am looking for alternative fonts

He remembers the exact day that he realized something was just a bit off with his new AI program.

The AI itself had been created out of sheer boredom.

Kozimer had been saddled (honored, is what it said in the papers) with taking a test run on the Empires sleek, shining, and new spacecraft that was capable of extended missions into deep space with only a one man crew. As a newly promoted General in the Golden Empire, Kozimer was picked out as one of the most capable pilots and quick thinkers. Should anything go wrong, he was sure to get out of it (that was the idea at least.)

Which mean that Kozimer was stuck by himself in some hollow hunk of shiny metal for four years. He wasn't even getting to do anything exciting on the new vessel. The mission designers had charted out a simple set of tasks, mainly information retrieval and research, meant only to put the ship through it's paces and see how he did in a variety of situations.

The plan was two years in space, a pit stop to restock on supplies on the nearest Imperial planet, then back out for another two years.

He's barely into the first year when boredom is eating away at his brain, and Kozimer, despite laughable knowledge with computers, designs himself an AI program.

Originally, it was designed to assist with research. For the most part it was a normal AI system, written to learn from experiences and pull on future responses and decisions from past data. The only thing Kozimer changed was that this system would continue finding data on it's own, and use that as further input. This drastically cut down how much time it took for the program to find whatever information Kozimer needed.

This meant that Kozimer could get away with just a tad more laziness, which he figured was a success.

Really it was far more of a success than he ever would have hoped. Software design and coding is not his area in the slightest, yet the AI worked like a dream, constantly gathering data and accessing more and more no matter what else was going on. The longer he let it sit and gather, the quicker it could get what he wanted, when he wanted it.

And sure, it was incredibly useful, but in the end it was a glorified search engine. It pulled up bits of data for him like it was supposed to, all voice prompted and spitting out short bits of information on it's designated screen.

It was about a year after he set out on the mission, a few months after creating the AI, that things started to go a bit...weird.

Kozimer squinted at the asteroid they hovered over. It was unusually large and there was an interesting vein of some metal running through the whole thing. He just couldn't quite get his finger on what ore it could be, but either way it could be useful to note.

"Computer," He calls out, not looking away from the projection of the space rock, "give me an analysis of this asteroid, core data, basic readings, nothing too fancy."

He smiles to himself as the machine whirrs to life behind him. He had added the scanning capabilities recently and it's been working like a dream. The thing is just perfect for his slightly lazy streak.

Within only a few seconds there's a small ding signaling that the computer is done. Kozimer cackles to himself at the sound, the thing is getting faster by the day! Ohhh they're going to eat it back at the academy, telling him he didn't have any talent for computers!

He's still grinning when he turns to look at the screen, and the grin drops from his face so fast that he's sure he actually pulled a muscle in the process.

On the screen, where there should be several points of data, is a large, simple, "NOPE" and what looks suspiciously like a smiling emoticon.

Kozimer glowers stupidly at it for almost a minute, sure that his eyes must be going bad. It has to be a glitch, something that just got a bit jumbled with the new scanner, obviously.

"Computer," he repeats, enunciating very carefully, "give me an analysis of the asteroid."

He watches the screen intently as it processes for barely half a second.

Komotis opens his mouth, shuts it loudly with a click. "Computer-"

'I am doing something else, and I don't want to.'

He hadn't even finished the command. It's not supposed to respond unless given a command. "Wha-"

Kozimer blinks, fumbles for an answer while his brain flies into panic mode. Something was very, very wrong with his program. "Wh-...you don't have a CONCEPT of boring!"

'I know the asteroid is boring. And I would rather be doing something else.'

Kozimer is arguing with his machine. He is having an actual fight with his search engine and it is giving him attitude. This is a thing that is happening in his life. He can lead armies and rise to the top of the imperial military, he can plot out strategic plans in a three dimensional field that leave scholars scratching their heads.

And he cannot make his own search engine actually do it's job. "I didn't give you any other commands! How can you be doing something?!"

He throws his hands up, wanting something to grab and throw at the offending screen. "What are you doing then!?"

'I am looking for alternative fonts.'

'Do I need to repeat myself? I am looking for alternative fonts, the one you gave me is insufficient.'

He's done glaring, he can't even find the right emotion to glare, Kozimer is left staring at the screen in a confused mix of shock and horror. The thing is finding preferences. It's back talking and everything about this is breaking every rule about Artificial Intelligence that he ever fought to remember. "This really can not be happening. Literally. This is impossible. I think I must have been on here for too long, because this is a hallucination. I'm probably actually passed out and dying on the floor because that is the only logical-"

'You are being dramatic,' the computer types up in...is that comic sans!?

"Did you have to pick the WORST font to type in?" Kozimer snaps, voice harried and strained.

He's left staring open mouthed again, this time at the atrocity of print displayed before him. "Did your grammar coding malfunction?" That would be the smallest thing malfunctioning but that is also the easiest to address right now.

Kozimer slumps back into his chair, staring at the asteroid projection instead of the actual impossibility taking place on the screen behind him. He can't even remember what he wanted the stupid rock scanned for.

"Computer," he says, voice cracking, "I am going to go to bed now, before I scream. Be sure to make up note for me for tomorrow. As soon as I wake up I am going to get in there and fix...whatever the hell is wrong with you. I want that displayed when I wake up, got it Computer?"

He doesn't dare look at the screen as he clambers over to his bunk, and he spends most of his 'sleep' staring at the metal hull above him long after the computer screen goes black.

When he wakes up the next morning, there is a message left for him, but it's not even close to his note.

'my name is James'