In Library Add to Library
sign in
25% Fanfic of Arifureta and Danmachi: Chaotic Fate / Chapter 1: Prologue: The End and The New Beginning 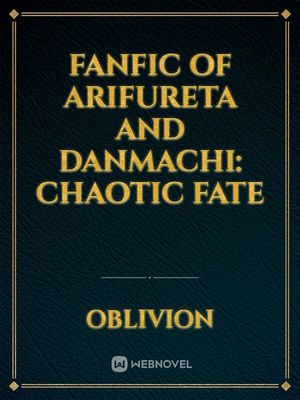 Chapter 1: Prologue: The End and The New Beginning

???: Boy, please calm down we are only here to talk with you.

Hajime: Talk?! Talk about what! i already lost everything. The people important to me died!!! i couldn't bring them back home to my world! I promised that i'll bring them with me...I promised to yue....(Silently, tears started falling from Hajimes eyes while still looking at zeus and the other gods with by his side).

Zeus: Boy...I know you dont trust us but we want you to understand. you already killed and devoured him, a god.( says zeus as he sighs)

Hajime: So what?! your all here to kill me? try then, I only wanted to find a way to revive them and you guys come out and stop me? Hahahaha, you think i'll stop because you said so? I will kill those who will stop and block me, Even if its an angel, devil or a god i will kill my way to the very end!(said hajime, has he release his aura and his bloodlust)

Zeus and the other Gods felt Hajimes aura and bloodlust as they observe him but didnt say anything to stop hajime because they were not here to fight him but...

Zeus: Boy we can help you bring them back...

Hajime silently dispeled his aura and bloodlust; has he looks at Zeus and with a piercing gaze. Both of them look each other for a minute and finally Hajime laughed hard like a devil finding it amusing and said: Help? why should a god like you help me a lowly being; such a god like you be willing to help me? surely you also need something right? A mighty god such as you won't just help a mortal like me just because im so pitiful that gods will just help.( says hajime as he sneers)

Zeus stays silent and also the other Gods. While they where silent Hajime thinks that they are communicating at telepathy. Hajimes guess was right because Zeus and the other gods are discussing in telepathy while zeus finally said:

Its because we also need your help in our world.

Hajime frowned and asked: Why should it be me? there should be others have powers in your own world right?

Zeus: True...but we need you because you are strong and already a god and your powers still have potential to grow.

Hajime: Why do you need me, your all powerful gods and still needs my help?(asked hajime, in bewilderment)

Zeus smiled bitterly and answered his question saying: Because we gods cannot interfere in the world of mortals. We can live with them in the mortal world as our powers are sealed its because we made a rule that gods can not use there power as long as we are provoked or killed in our mortal form, we will be able to unseal our powers and only retaliate but not attack, we will only do so if that really happens.( well something like a mortal trying to harm a god is impossible in our world even idiots wont even have the guts to that. Although there's already a god slayer that im talking to) he adds in his mind.

Everyone stays silent including Hajime.

Should i trust what he said? could i trust a god after all of that happened? do i have a choice? Hajime is thinking if he should accept Zeus's offer he stayed calm and finally decided.

Hajime: Deal, but how will you be able to revive them? there soul has been destroyed if it was only reviving them, I could also have done that but even i can't ill just find a way even its to kill gods and devour them to gain their power...(Hajime said while looking at them with a tint of cold bloodshot eyes).

The Gods felt a shiver to there spine not because hajime's bloodshot eye looking at them, but the latter part of what he said.

Zeus: Boy don't be hasty if you that the gods and goddesses will be enraged of your actions by devouring gods to seek power. You can still grow your powers boy to the the point that you'll become a being that even gods wont be able to fight against you. Seriously your really are a rare human that can become like that, is it because of your own personnal skill that you obtained that only you would be able to use it. huuu... seriously humans potential from the origin world sure is something. Now then boy you accepted are request for helping us then will also help you revive, It wil took a long time to revive because destroyed souls can't be easily fixed because souls are the main pillar of life of mortals even for gods destroying their souls wont let them easily be revive just because their gods. There are limits but each individual has their own limits depending on their capabilities and luck.

Hajime: ...I understand how long will it take?

Zeus: A hundred or thousands of years... says zeus as he sigh.

Zeus: Boy, dont worry if you reincarnate to another world. The time of the origin world you came from we would be able to slow it down because each world would have different time and space depending on the Gods from each world. For example if you were to stay to my world for a year its like leaving only 12 hours passed from the origin world.

Hajime: so it's like that.. then let us begin

Zeus: Alright boy, but first i'll need your memories and power sealed for a while.

Hajime frowned and asked why

Zeus: its because in our world you should be in a familia and there are a lot of familias in that world because each family has a god or goddess manage them as their head.(and i'll have you become a familia of that goddess so she will be able to influence you from happiness and hardships you'll face so the anger and hatred you feel well lessen from this adventure until we both finished what we need each other to accomplish, if its you; you would be able to regain some of your humanity again boy...) Zeus thought in his mind.

Zeus: Now then Hajime Nagumo your new name shall be... Bell Cranel

"wa-wait" before hajime could ask, what's with that name; he lost consciousness and fell asleep...

Hello guys, Author here just to let you know this is just a fan-fic novel ok no hard feelings the anime i used is arifureta and danmachi the story will be a little different but some scenens would still happen in the danmachi arc but the storyline would be a little different from the original story of danmachi. and this my first time writing a novel so enjoy❤.