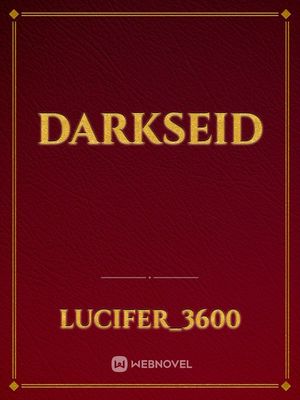 One night Aphrodite the goddess of love and beauty was sleeping in her majestic bed. At that night there were many evil demons and gods gathered together in the sky. Seth, Thanatos,Apophis and Shinnok were the evil gods present there along with Abaddon,Atrocitus,Mammon and other powerful demons too. Suddenly all of them combined together and there was a demon- god more powerful than Zeus or any other god. The demon-god took the form of a handsome, sexy man and went into Aphrodite's room. Aphrodite was fascinated by the man's (demon-god) beauty and she allowed the man to share her bed unaware of what he was. The man fucked Aphrodite that night. After the fucking was done Aphrodite and the man had a sexy bath. After it was done the man vanished and the evil demons and gods were once again separated. A few months later Aphrodite had a son but Zeus and the other gods saw that the boy would cause havoc in the heavens and would destroy the whole universe. The gods then banished the boy on a planet named Apokolips. There was a king who didn't have a son since a long time , so he adopted the boy and named him Uxas . As the boy grew he became more powerful . He entered in various fights and always won , there was not even a single person who could defeat him. He started to become more greedy for power and wealth as he grew. He went on a mission and promised to return only when he had conquered two hundred planets . He destroyed and conquered all the planets but the latest one was a challenge for him it was a planet named Titan. He killed almost everyone on that planet but there was a man named Thanos who challenged Uxas. In their battle the planet was almost destroyed.In the battle Thanos was injured badly with various scars . Uxas was impressed with Thanos's war tactics so he didn't kill him but wiped the whole population of the planet. He returned to Apokolips and was welcomed as the LORD of APOKOLIPS. He thought that his father would make him the new king but it was not like that as he was gone for a hundred of years for the battle the king had a son during that period. And the king was going to crown his younger son. Uxas got very angry and killed his father - Yuga Khan and younger brother - Drax . He took over the whole of omega force which transformed him into a rock like creature , upon which he took the name - DARKSEID. He could now control time,space,matter , mind and reality and became the most powerful being in the whole universe. He was now known as the GOD of evil , chaos ,war , destruction and darkness. At some point in time, he fell in love with an Apokoliptian scientist and sorceress named Suli, with whom he had a son, Kalibak; however, Suli was poisoned by Desaad on Heggra's(Darkseid's mother) behalf, as she believed that Suli was corrupting her son.Following Suli's death, Darkseid's heart grew even colder, and he ordered Desaad to poison Heggra, and as soon as he did, Darkseid finally became the supreme monarch of Apokolips. Darkseid had briefly been forced by his mother to marry Tigra, with whom he also had a son. After murdering his mother, Darkseid ordered Tigra to eliminate their son, Orion, who was switched with the Highfather's son, Scott Free, so as to keep peace between New Genesis and Apokolips.[8]

The destructive war with the rival planet, New Genesis, was stopped only with a diplomatic exchange of the sons of Highfather and Darkseid. Darkseid's second born son was surrendered to Highfather, while Darkseid received Scott Free. This eventually turned out to be a setback for Darkseid, with his biological son growing up to value and defend the ideals of New Genesis as a powerful champion in opposition to his father. The prophecy foretold that Darkseid would meet his final defeat at the hands of his son in a cataclysmic battle in the fiery Armaghetto of Apokolips. Likewise, Darkseid and his training minion, Granny Goodness, were unable to break Scott Free's spirit after years of torturous upbringing and the New God was able to escape Apokolips, taking with him the mightiest of the Female Furies, Big Barda, as his wife and came to Earth to become the master escape artist and superhero foe of Darkseid, Mister Miracle. Regardless, Darkseid anticipated that Scott would make such a move and used its occurrence as a pretext to declare the treaty with New Genesis abrogated and resume armed conflict.Seeing other deities as a threat, Darkseid invaded the island of Themyscira in order to discover the secret location of the Olympian deities, planning to overthrow the Olympians and steal their power. Refusing to aid Darkseid in his mad quest, the Amazonsbattled his Parademon troops, causing half of the Amazon population's death.His main power, the Omega Beams, is a form of energy that he fires from his eyes or hands as either a concussive force or a disintegrating energy which is capable of erasing living objects and organisms from existenceThese beams stem from a cosmic energy source called the "Omega Effect". The Omega Beams can also resurrect fallen beings previously killed by them, depending on the Dark Lord's will. He will sometimes use this as punishment upon those who fail him but are too valuable to kill outright. Darkseid has pinpoint control of this energy, and his unerring aim allows the beam to travel in straight lines, bend, or curve around corners and even pass through matter or other forms of energy. He can also teleport himself or others through time and space.[37] His Omega Sanction traps organisms in a series of alternate realities, each one worse than the previous. Darkseid has shown to be able to hold out his own against an Olympian God such as Zeus. He can also increase his physical size.[40] Darkseid also has additional powers of telepathy and telekinesis, and he can create psionic avatars. Despite his extraordinary physical powers, Darkseid rarely engages himself personally in confrontations, as he prefers to use his superhuman intellect to manipulate or control others to his ends. He could wipe out the entire universe easily and this also makes him the most powerful god.