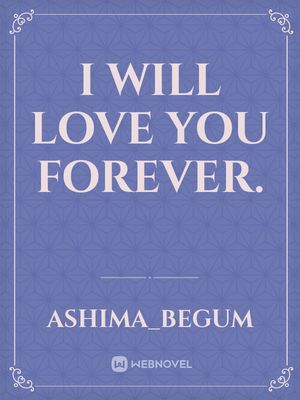 I will love you forever.

Afi woke up to the naggings of her mother, saying," You, lazy little lass, how are we supposed to reach there, if you sleep till 9a.m." She woke up rubbing her eyes and said, "Mother, please let me sleep for a little while." Her mother snatched away her blanket and glared at her. She had no other option other than going to freshen up. on the side her father, Talou was smiling looking at her clumsy behavior.

Afi and her family were supposed to go to Europe, to her father and mother's hometown. they had built a home of their own there, and were going to move things into the house.

Soon, after she woke up, she washed up and got ready to leave their state and take the flight to go there.

Very soon they boarded the flight and flew off to Europe. as they reached, their cousins who lived there with their families, were waiting for them at the airport. they got very happy when, they saw them and rush towards them. they were afi's uncle's son. She was really fond of them and they too loved her dearly. She got happy to see them. She said to the elder one of the two brothers Shen and Yan, whom she really was fond of, "Hey, brother Shen, I missed you." She continued, while pouting her lips, "don't you forget, this time you really have to take me out, or else I'll get really angry and shall not talk to you anymore." Shen, hugged her as he heard her complain and said, " Sure, little princess." She smiled when she heard this. Afi's elder brother, Tan always kept teasing her. when he heard Shen saying this to her, He added, "Big brother Shen, you don't need to pamper her all the time, she just keeps on Acting, all day." Afi got annoyed, she grunted looking at Tan, her brother and went away from him and held onto her mother's hand. both of them laughed at her childish behavior.

Soon, they reached, their ancestral home, where Shen's family and Ling's family lived , they were afi's uncle and aunts who lived there. she went inside and greeted them. Shen's mother Ru Shi said looking at her, " Oh, my, our Little Afi, has grown so beautiful." Afi blushed hearing this and said shyly, "Not at all Aunt Ru, it's just that you've not seen me for a while so , you are finding me pretty out of love." Ru shi started laughing listening to her. After that, Afi and her family went to Ling's house and had dinner there.

After, having dinner Afi's mother scolded her for clinging to her phone and asked her to go to bed early as the next there was a festival in the town, which was celebrated, from ages by their ancestors .

She immediately went to her bed and set off to sleep. She could not wait to meet her sister Sami, her maternal uncle's daughter.

The next day Afi got up and got ready, for the day's festival.

The story of Afi, The teenage girl who fell in love, with Adi, her sister in law's brother. she, liked him from the very first sight, but will he be attracted towards her. will he come to her, leaving his recent girlfriend po.