In Library Add to Library
sign in
20% THE NORMAL BOY REBORN IN SHINOBI WORLD / Chapter 1: 1- The Beginning of Everything 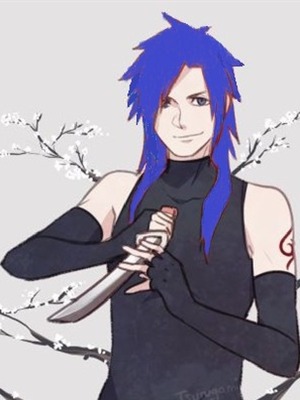 Chapter 1: 1- The Beginning of Everything

The first thing I think the instant I open my little eye is (the world and so strange), I'm packed in the arms of a woman I don't know breastfeeding she looks at me with all the love she can, doing her best to cuddle me in her arms, as I listen to hurried footsteps and words that are not directed at the woman I perceive to be my mother and myself, even without quite understanding what the man he says he has the same look as my mother.

black, brown, blond, red to white I could understand calmly without thinking too much, but blue and too weird to usually accept that my mother has that kind of taste, (of course, thinking my mother had dyed her hair like that) until I noticed that my father also had darker blue hair, so a shock hit me and I realized that maybe it's their natural color, clear unaware of all that was going through my mind my parents kept talking happily, kissing and hugging me, when the shock passed and I shivered a little and wondered where on earth I was reborn?

It's not been long since I opened my eyes on this new life but I continued my sequence of thoughts, and the third was coincidentally the same as the first (the world is strange) I remembered the memories I had a few minutes ago from when I was sitting in my family room with my old family I was called Matt I had an older brother named Leo who was much smarter than me and had just graduated from medical school I was always worse than my brother in everything I was always considered a student in the media no more than that, nor did my parents expect anything from me, so it was a huge surprise when I received a letter of acceptance in the faculty that I had just fought over my parents' harassment. I had no expectation of getting in since my average was C, but it seemed like the world was trying to give me a chance to stop being normal and change my life, after reading the acceptance letter I received a message from my childhood friend that the money I had loaned him earlier this year had paid off because of a crazy investment he said he made while he was stoned and eventually made millions of dollars and half would be mine after that the doorbell rang and when I answered I bumped into Lara the prettiest girl in the school who came to my house to call me out, all of this happened in moments, my normal world turned upside down and a burst of joy I hit myself with everything I didn't even know if it was true, and then I felt the world swirling afterwards the colors turning dark and fading.

What happened after the blackout I already had an idea, but I wondered how I died? despite being a normal guy I was only 17 years old and was exercising, of course not often but whenever possible I had no previous or historical illness in my family, the only reason that crossed my mind that could be related to my death sudden was the news tsuname that hit me.I wondered, did I die of happiness? or fear of change? I don't think I even wanna know the answer, I'll enjoy this new life wherever this is where people naturally have blue hair, I have no idea what to expect anymore I'm sure of one thing I won't be just a normal guy again, not when I I was reborn something I didn't even believe possible.

These were the first thoughts I had after reincarnating but I wanted to think and analyze everything around me, I was dying of curiosity about where it was, who my parents were and who I would be from now on, but there was some kind of greater power that forced me closing my eyes and sleeping, I tried to resist with all my might but the best result I got from it was mecher my right mother who ended up shaking my father's hand which led to more conversations between them and me but this was my limit and i ended up erasing.I woke up the next day feeling my body numb, when I looked around, I noticed I was in a hospital room, my mother was in a bed next to me sleeping and I didn't see my father anywhere in the room, I think he had something doing, enjoying this moment without anyone looking at me I tried to get up, the result was ridiculous I did not move anything in 20 minutes, what I managed to control was my fingers, is too frustrating, after giving up mecher began to reflect on In my present situation, I was reborn but I won no system, I won no miracle items or super ability, I felt very normal considering the fact that I was a baby with the mind of a teenager, as I could do almost nothing but mecher my eyes started searching for anything familiar in the hospital room, I looked carefully but I saw no electronic devices without tv, radio or cell phones or even saw sockets on the walls which led me or thinking that wherever I am this is not a technologically advanced place which made me very sad, it could also be that my family was poor and this room was all they could afford which would make me even sadder, nothing worse than being reborn To be someone with no special power, no system and no money, it seems that the one who chooses the life of the reborn has selected the hardcore level for my life, but nothing said beats the nerdy animation of being reborn in a baby body that may be hiding a divine potential. , who knows? usually the plots are like this I hope mine is that way too, who never dreamed of being mega powerful.

At that moment I began to hear it approaching my room, I also noticed that my mother began to move in bed, and then the super powerful curse of yesterday's sleep attacked me again, but I fight with all my being to stay awake to see who was entering the room and then I see that it was my father but because of sleep the images were already blurring but when I noticed what was on his forehead and the very familiar word that I've heard several times on my pc while watching my favorite anime he spoke in the middle of his rant with my mother, i finally find out where i was reborn, with sleep pushing me to the limit i try to raise my hand to reach the unreachable shinobi bandana, sleep defeated me but what i found remained In my dreams tonight, I'm in the legendary Leaf Village.

THIS IS MY FIRST CHAPTER AS A WRITER, I AM FULLY OPEN TO CONSTRUCTIVE CRITICS, REMEMBERING ALSO THAT I WRITE THIS FAN-FICTION TO HAVE ME, SO DON'T WAIT ANY PROFESSIONAL BUT I PROMISE TO MAKE MY BETTER THOUGHT PLEASE GIVE ME A DISCOUNT AND I'M MORE WILLING TO ACCEPT HELP, I REALLY HOPE YOU LIKE THIS WEBNOVEL THAT I'M WRITING TO FOLLOW A DIFFERENT PATH FROM NARUTO FAN-FICTION, ENJOY.