In Library Add to Library
sign in
100% The small,The mighty,The legend, The ancient. / Chapter 1: The Prophesy.... How life begins 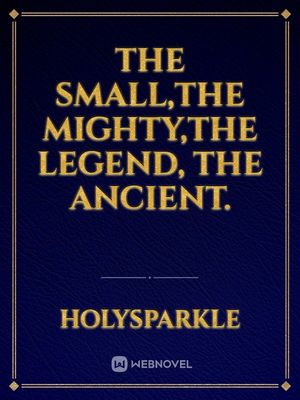 Chapter 1: The Prophesy.... How life begins

In a village,in the sky zone,where everybody fends for themselves.lives a farmer and his wife.everything went well until war came.

It was a red moon as if nature was crying. When the raiders came on the villagers. Killing, capturing young boys and girls to send to the war which is never ending. The farmer and his wife who was heavily pregnant. And about to give birth.. They ran into the forest of the dammed.. The raiders could not enter because of the fearful stories behind the forest..

The farmer and his wife ran deep into the forest and his wife who was now ready to put to birth,lay down and pushed so hard that her scream was heard thousands li away.. The forest came alive.

In a world of chaos and war,when all hope to restore peace is lost.. A world that suffers violence, where fears and hatred rules.Where everyone waits for a long awaited prophesy.. A boy will be born who will restore peace and bring the war to an end.. And circumstances will name him Sparkle.

Will the prophesy come to pass?