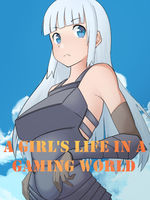 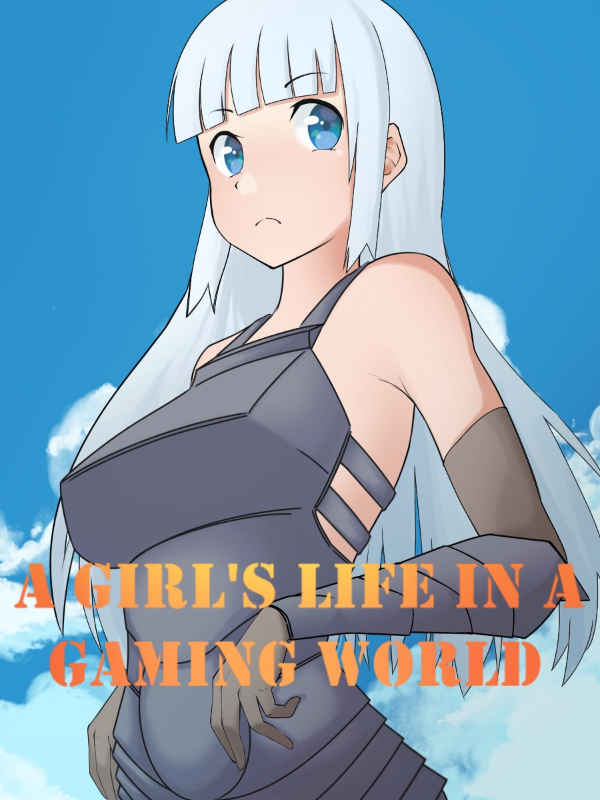 A Girl's Life in a Gaming World

January 1 Year 2022 I still remember the day the disasters appeared all over the globe that destroyed countries one after the other whether it's the weakest country, the richest country, or the strongest country, no one is spared from the disasters. This resulted in the verge of collapsing the economy of the world as pandemics, wildfires, Typhoons, Global warming, and many more causing chaos to the world.

These disasters forced at least 75% of the people all over the world to stay in their homes affecting the daily lives of the people all over the world, businesses all over the world starts to collapse one after another, forcing entrepreneurs to close their business and fire their employees, that resulted on having an increase of at least 60% of unemployed people. Students stopped having classes, affecting their education staying at their home doing nothing resulting in students having mental breakdowns as they cannot leave their houses and have to do anything they wanted.

As the days passed by, each country in the world encountered random disasters, at least once every week. The scientists worked together to find out what is the thing that causes these random disasters. Religions praying to their gods, seeking answers, forgiveness, and repenting for their sins. The Devil's believers causing chaos all over the world as they endlessly steal, destroy properties, and doing evil acts.

As the days go on, people die one after the other from the random disasters, from poverty, hunger, crimes, and many more resulting in humanity's belief in hope beginning to diminish slowly from their hearts. Humans were thinking that there is no longer the meaning of living their lives has given up and decided to end their sufferings by dying.

December 7 Year 2022 came, Archeon corporation the ember that suddenly appeared out of nowhere has given hope to humanity as they released a world announcement.

"We have received a prophecy.!!!" Archeon Corporation's owner Nomral said

"The prophecy, we have received from God has revealed that these disasters we are facing are the result of human greed. Greed that destroyed this beautiful world countless times." Nomral said.

"Humans will always reap what they sow."

"But everyone fear not, as these disasters shall end on the last day of the year ending the sufferings of humanity," Nomral said.

"God will give humans one last chance to redeem itself from the sins they have done to this world, except for those who believe in Satan, as they shall burn in the fires of hell and turn to ashes on the day the year will end. Those devils will turn into ashes when they see the light of the day. While humans will start the new year, create a new beginning, and start a new era!"

"God will give humans 4 Heavens decree to this world."

[2. In the span of 3 years, humans are not allowed to leave their homes. ] "Only Archeon Corporation's workers are allowed to travel the world as they plant seeds to hasten the world's recovery. And distribute food and necessities to people all over the world."

[3. Humans shall play a game called Guardian.] "Humanity will play the very first Virtual Reality game in the span of 3 years of lockdown on their homes. Guardian is a game that will let humans experience the feeling of protecting the world they had created from invaders, disasters, and destruction. Guardian is a single player Virtual Reality Game where humans become gods of their worlds."

At least one world must survive in the game in the span of 3 years if all Guardians failed to protect their worlds, then their world will truly end.

"Let the game begin." Those were the last words of Nomral before turning around and ending the world broadcast. Those words are what made humanities hope to ignite once more. Days passed Archeon corporation's workers worked all around the round to distribute food, necessity, and most importantly the gaming capsules that everyone will use.

January 1 Year 2023 came the day that everyone has been preparing for the Official start of Guardian. Everyone entered the game as soon as they have opened the server.

Everyone felt alive once more when they have seen the world they will be protecting and creating. Alexandria Athena also felt that way as she first entered her world, but never did she thought of how greatly mistaken she was. Because it is the start of her endless fighting against the conquerors of her world for 3 years that changed the normal high school girl into the Strongest Guardian...

3 years passed in the blink of an eye, the 3 year timeline is close to its end with only 5 hours remaining, but the guardians are decreasing as hundreds of thousands of monsters, Devils, Demons, are invading their worlds try to destroy it. Remembering the 4th Decree of Heaven, everyone struggled to protect their worlds, trying to buy time to survive longer even just for a minute.

5 hours felt like days for these people who are struggling to survive as they fought waves of monsters after monsters.

An hour remaining, people are getting kicked off the game as the worlds they created and protected got destroyed one after the other. Everyone is now clueless about who are the people left fighting in the game as they frantically started praying to God. People are starting to get afraid as the time is slowly ticking, not knowing whether they would survive this ordeal or is this finally the end.

"Why am I fighting so hard alone?" The people who are left fighting mumbled as they lose hope from seeing the endless waves of monsters rushing towards their worlds.

"I guess I have done enough." Tiredness can be seen in their eyes as they started to give up and stopped fighting the monsters.

30 minutes remaining, but out of everyone's expectations, only 1 girl remained. She was the last guardian of earth, no one knows that she is the last person playing the game. Even she doesn't know that she is the only one left in the game as she uses all of her concentration on fighting the remaining monsters.

The girl looks like a goddess that fought thousands of wars. The girl is clad in black-colored battle armor, wielding her large Katana that is now all covered with blood, while piles of dead bodies of hundreds of thousands of monsters are behind her. She looks very tired from all the fighting, making her silver-colored hair disheveled, but excitement can be seen through her clear blue eyes. Then her lips revealed a very bright smile as she uses her Katana as support to remain standing still, then turned to look in front of her.

"Is that all you've got?" The girl shouted to the man in front of her.

In front of the girl was a handsome young man that looks like someone who has the same age as her that man has black hair, sitting on a throne with a crown on his head, while staring back at her with his crimson eyes.

"No need to be so nervous I am not here to fight, you wouldn't even last 10 seconds with your current power." The man said while sitting comfortably on his throne.

"We wouldn't know anything about that unless we fight, won't we?" The girl said, seemingly wanting to fight the man as excitement can be seen in her eyes.

The man did not answer, instead, he waved his hand in front of the girl and a strong gust of wind came crashing on to the girl.

The girl wondered what was that for. But she suddenly felt that the air seems cleaner as the smell from the monster corpses of the hundreds of thousands is gone.

The girl turned around, and she was flabbergasted when she can't see a single corpse or even a single drop of blood behind her. Only a plain of grass remained, and it looks like a fight has never occurred.

"If you are not here to fight, then who are you?" The girl turned around again asked the man.

"Knowing my name wouldn't even matter to you right now, but I am someone that hates your God." The man answered the girl as he stands up from his throne and suddenly teleported in front of the girl to get closer.

"What are you?" The girl asked, startled from the man's unexpected teleportation, stepped back a little, and held her Katana tightly.

"What am I? Same as you a Guardian, or should I say a Fallen Guardian." The man answered, revealing a mischievous smile to the girl.

I just want to thank my 15-year-old brother for the art cover you can follow him on INSTA [r.eyv.in] if you think it's good. And if you think it's bad you can keep it to yourself no need to discourage a young man while still being in the process of improving