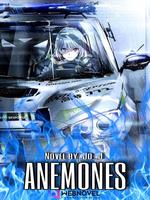 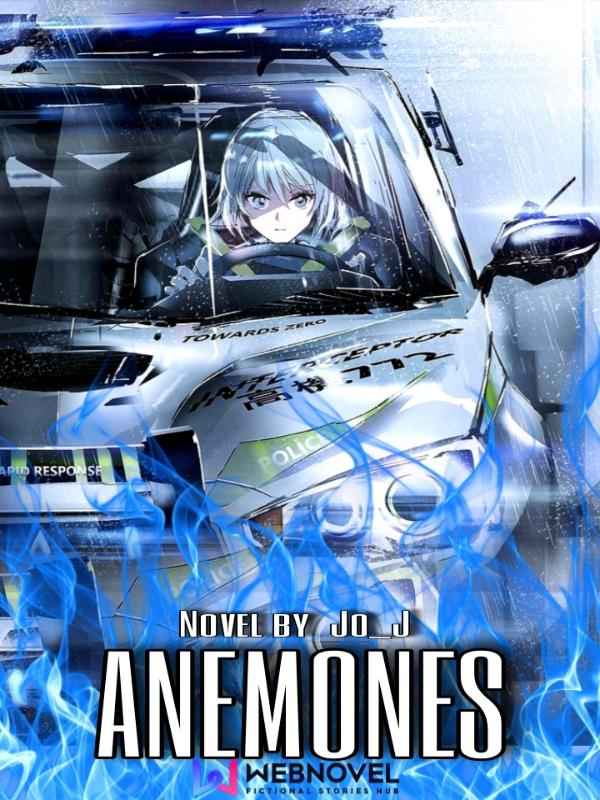 She should be thrilled. Like him, she could discuss with undisguised enthusiasm and a real passion about the richness of Mediterranean flavors and the smell of freshly chopped basil, green parsley, coriander or tarragon...

‘I must have gone overboard with the truffles!’ He thought as he looked at the mushroom mousse garnished with thin slices of the truffles; in fact there were even more truffles hidden in the thick mousse. He loved the taste of it; she too, and he knew it perfectly well.

He hurried into the living room, which was filled with the airy scent of sandalwood incense and lavender. Once again, he arranged the colourful anemones, her favourite flowers, in a vase. Looking at them, he decided that he had taken the very easy way.

He should have involved a bit of more fantasy and bought some original, exotic flowers or his favorite but not very romantic anthurium; possibly irises or tea roses… ‘Too common!’ He glanced at the clock on the dresser; it was nearly eight-thirty in the evening. It didn't matter now. All florists in the vicinity were now closed.

He changed the music a few times. He hesitated between classic and her favorite progressive rock. He looked through all the Pink Floyd CDs, Genesis, Camel and Wishbone Ash looking for something that would better suit this occasion. Finally, he turned on her favorite Hans Zimmer film scores. He didn't like it that much, but what would you do to impress a woman?

Michael was sure that the dinner he had prepared would make a stunning impression on her, as would do his new image. He no longer looked like an old playboy - bruised, puffy, always hungover, tired of night life with endless parties, which usually overflowed with a sea of strong drinks. He looked mature now!

Looking at the mirror above the fireplace, he found that he looked even better than the idol of millions of women in the world, better than George Clooney himself.

He had been working on it for three months, full of sacrifices, numerous renunciation and very hard work. He and his dear friend Alex went to the gym and swimming pool every day.

At his instigation, he also went to the spa and hairdresser, whom he allowed to mess with his hair, without hesitation. Michael also got a few bright highlights done, similar to those that Alex had had from the beginning of his work in the editorial office.

There was only one slight difference: Alex was twenty-eight years old and his unruly hairstyle didn’t arouse emotions among his editorial colleagues.

On the other hand, the carefully styled disorder on Michael's head caused some controversial discussions, both among colleagues from work and friends from outside the journalistic circle, who began to laugh that he had become a ‘poor imitation of Alex’ or a ‘lame fake Ken’.

He had to admit that such comments didn’t irritate him, on the contrary they flattered him. He assumed that no matter what people said, as long as they talked about him, it was a good thing. It meant he was still alive, they remembered him, so he was counted in the industry. Especially recently they had so much to talk about. He was well aware of this, looking proudly in the mirror.

Everyone around him wanted to know the secret of his exquisite appearance. The kind ones were glad that he finally got a grip on him and that he was finished with his addictions. The mischievous ones saw some unbelievable stories behind his metamorphosis to which he reacted with mockery and unrestrained laughter. They even suspected that he handed his body to a great plastic surgeon.

The truth was banal. Michael just gave up on his favourite pastimes. Finally, he took ‘a divorce’ from all-night parties, countless women, excess of alcohol and tobacco… It took him a lot of effort, but it paid off in the end.

He looked younger by at least ten years. ‘But is it enough?’ He wondered. He was giving himself a quick look at the mirror. ‘Yes. Yes... I look better than Clooney himself! No woman can resist me!’ He repeated in his mind, adjusting the tie perfectly matching his blue shirt.

Before that, he'd had a hard time looking for the right one. He searched the drawers for a long time before finally finding one that suited both; the outfit and the unique situation - a navy blue with tasteful dark pink zig zags. He knew that it was a gift, but he couldn't remember from whom.

He was under the delusion that a forty-seven-year-old damaged man, who pretended to be a zealous youth, would impress the new chief editor. She came to the editorial office just a few months ago, and it took its toll on everyone, including him, that they were heartily fed up with her.

Michael didn’t understand why she had accepted his invitation to dinner, which was also sent by email, since they had not seen each other in person recently. Until now, she had successfully rejected all such invites, ignoring all signs of any adoration and worship.

He supposed she liked him, the way all the women he knew did, especially now, after his magnificent metamorphosis. But he was not hundred percent sure about it. He carefully analyzed her gestures, facial expressions and all other channels of non-verbal communication, but he found nothing that led him to believe that she was interested in him. In fact, he found absolutely nothing to indicate that any of his editorial colleagues were her type.

With his buddies, they began to wonder about her sexual orientation. After careful observation, they decided that attractive women also did not make any impression on her, just like men.

What made the boss accept his invitation to dinner then? This question troubled him.

He hadn’t yet understood why she had been entrusted with such a responsible position in a typically male magazine.

She was the only woman in the editorial office, apart from the assistant of the chief editor Nicolas Williams and two advertising specialists, who had something to say. Definitely too much. It was she who decided everything that happened in the magazine. How did it come about? It troubled him more and more. After all, it was him who deserved a well-deserved promotion and all financial rewards related to it.