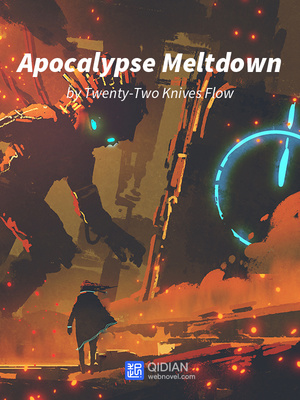 Sci-fi -- chs / week This is the average realized release rate over the past 30 days. The translator’s schedule is 16 chs / week. 296 Chapters 11M Views

One day, darkness enshrouded the world.
According to the Meltdown theory, Earth’s magnetic field faced a change, and along with it, natural laws changed too. Though some laws related to physics could still be applied, a lot of scientific theories and laws had been overturned, prompting everyone to re-discover their underlying principles. Humanity’s scientific foundation was not the only one which faced changes; the field of genetics had transformed too.
One of the biggest disasters brought by the magnetic field’s change was the zombification of more than 80% of the world’s population.
After years of struggling, a few lucky survivors would evolve and awaken a hibernating power hidden in them.
Chu Han was never that lucky…
While holding on against the first wave, humans weren't the only ones getting stronger. Soon, phase-1 zombies evolved into phase-2 then phase-3 and so on.
Ten years after the mysterious meltdown, the world dominated by humans changed hands. Zombies were the new overlords, and humanity was facing extinction.
One day, Chu Han`s consciousness returned ten years before the end of the worlds. A loud noise awakened him in Minqiu University’s dormitory. With only one day to prepare before the Apocalypse’s outburst, he slowly realized that he had been reincarnated!
Chu Han’s sudden reincarnation brought an unexpected power, which he hadn’t in his previous hellish world. To be more precise it wasn’t a power, but a system! The Meltdown System!
Despite losing his monstrous strength gained through years of harsh training, Chu Han was confronted as the Meltdown System could grant him talents in exchange for credits, which he could get with every zombie he killed.
This is a story about a world on the edge of ruins, the Meltdown System, and Chu Han, trying his best to save the people he could not save before.