Be My Strength - Contemporary Romance

/ Contemporary Romance / Be My Strength 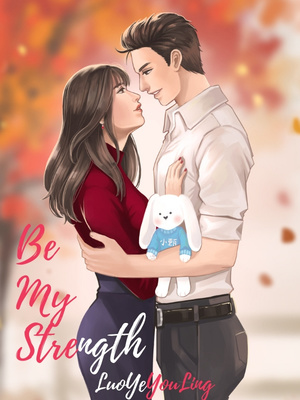 Be My Strength BMS

How often have you made a negative opinion about someone based on first impression? I hope that when you get to the end of this story, it might change how you think.

With a frown, she said, "I don't think it would be comfortable to sleep on the couch."

"I thought you have a bed here?" asked DX.

With a mischievous glint in his eyes, he smirked, "We can share."

Pretending to be affronted, Kai Xin scoffed, "President Du! Behave yourself! Did I say that you can share MY bed?"

She was a brash, kind and brave child, but most importantly, she was always full of confidence. No matter what happened to her, she always faced her conflicts head-on.

However, an incident in high school changed her life.

The course of Kara Zhen Kai Xin's life had drastically changed because she placed her trust in the wrong person.

Consumed with despair, rage, and fear, she became suicidal. However, she forced herself to live on with only one thought in her mind: Revenge.

Along the way, she encountered people who would be her friends, comrades, mentors...and even lovers. With their guidance, she advanced one step closer towards her goal.

President Du XiAn of the Du Corporation had chanced upon her while he was escaping the woman who was forced upon him by his mother.

With a single glance, Kara Zhen Kai Xin was forever etched in his mind. Unable to forget about her, he spent the next few years searching for her all across the world.

Yet ultimately, fate played a prank on him. It turned out that all along, she was based in the same city as him. When she rejected his advances, he proposed a contractual relationship; To become her sugar daddy.

Desiring to hold her in his arms in any way he could, Du XiAn was willing to do anything, even if it meant that he could only have her body.

Over the years, his desire led him to the point of no return. No longer a simple infatuation, he found himself to be hopelessly in love with her.

With his help, would Kai Xin be able to exact her revenge or would she lose what she holds dear in her quest for vengeance?

If you would like to financially support the production of BMS, please consider buying me a coffee here: