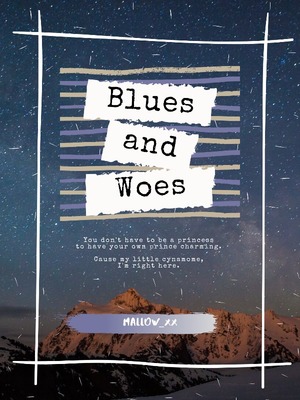 You don't have to be a princess to have your own prince charming.


They supposedly died for the reason that the ‘main’ soul among of them died–of suspectable and questionable death. And of course being the smallest part of the soul is an disadvantage.

Though they originally belonged to a single soul but because there's a god who unfortunately messed up her duty and broke the soul into 6 uneven ‘pieces’, they lived separately.

They lived separately that they don't even know of each others existence. However, because of that unforseen circumstance, they were brought together and they were given an opportunity to live–again.

So for them to live, or to reincarnate whatnot, they just need to be the winner of the said contest laid by the so called ‘God’. And that is to successfully finish their missions and eventually emerge as a champion of the ‘game’.

And one of the mission in there is to be a good, caring, loving (and all the other adjectives you could possibly think of)—mother.

“Baby, do you think it's time for your momma to find a boyfriend?”


“How about we'll find a rich, handsome and loving father? How ‘bout that?”


“Then what do you want baby? Do you want your momma to die of old age without a dada?”


Baby scowled for a moment before saying, “No.”


The baby looked at her and then said sourly, “No dada, babi enough.”