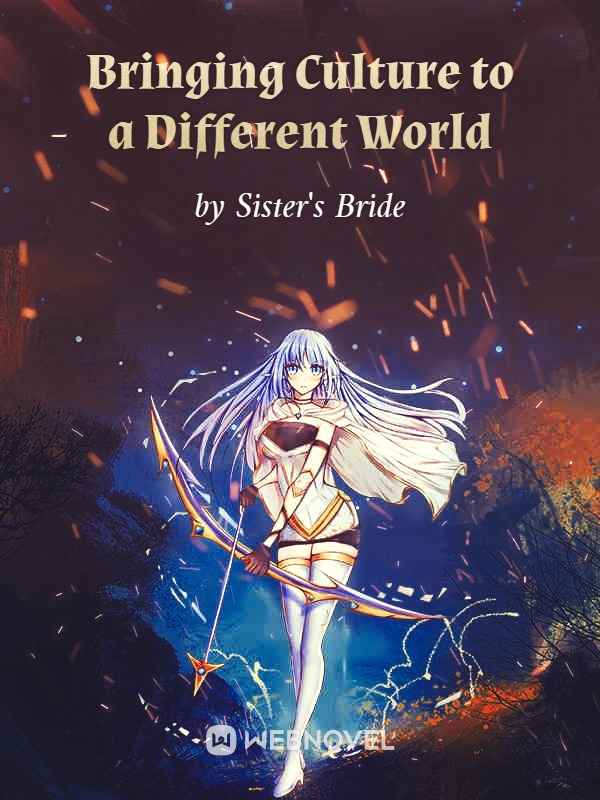 Bringing Culture to a Different World

"Your Highness, they are the last surviving humans of this village."

Joshua was a little dazed as he only heard someone calling him by his side. It was a rumbling voice laced with concern.

Joshua's mind cleared somewhat as a menacing monster stood right next to him. The voice of concern had come from the monster's mouth.

It was the Sin Demon, Zenarth.

The monster's name rushed into Joshua's memory, and oddly enough, he did not find himself fearful of the monster's terrifying visage.

Joshua looked in the direction that the monster was pointing. It was a sea of fire with bodies piled up on the ground. The stench of blood and char permeated the air.

The village had just witnessed a slaughter, while the surviving villagers were all tied up by some kind of bramble plant and gathered around. Their clothes were not of the usual modern style Joshua was familiar with. Rather, they looked like something right out of the European middle ages.

"Your Highness! As you have ordered, we have slain all of the bandits who had raided this village. Should we slaughter the villagers as well?"

Zenarth the Sin Demon spoke again. He was almost two meters tall and looked like a chimeric beast that was a fusion of a lion and a lizard. Emerald flames roiled in his mouth between words.

In his scaly hands was a massive double-edged spear with lava-like liquid flowing on the surface of the blade.

All of the subdued villagers saw the menacing demon approached, and looked at him fearfully.

"No need, just take them away."

Joshua had yet to make sense of what was happening. A few seconds ago, he was still in his office, slaving away on overtime as a game designer. A moment later, he had arrived in this mysterious world, and next to him was a… demon at his beck and call.

The crossing of worlds happened all too suddenly.

Thankfully, Joshua's ability to adapt was no different than a slug's. Plus, his body's original spirit was still around, so Joshua did not display any oddities and simply went with the flow.

"As you command, Your Highness."

The Sin Demon, Zenarth obeyed Joshua's orders. With a wave of his scaly hands, a portal of green light appeared right in front of Joshua and a dozen tiny imps came leaping out of the portal. They then dragged the bramble-bound villagers into the portal despite their futile resistance and cries of despair.

Joshua ran through his memories. The demons were a group comprised of many demonic races, and those imps were one of the bottom dwellers in the demonic hierarchy. With limited intelligence and physical strength no better than a normal human, their only strong point was their relatively quick breeding cycle.

Zenarth, on the other hand, was a high demon, a Sin Demon that served as his Lifeward. The Sin Demon's strength was evident just from his imposing appearance.

Most demons were vastly different from humans in appearance. What made Joshua glad was the fact that while his kind was at the apex of demonkind, his appearance was no different than a human, except for the two additional horns on his forehead.

Joshua could accept the fact that he had been thrown into an Isekai, but what he could not accept was that he had turned into a non-human being.

A noble Chaos Demon instead? That did not sound half-bad.

"Your Highness, do you not intend to invade the nearby cities?"

Joshua looked around again, and going through his memories once more, Joshua found out the reason he was there.

The naïve demon prince had visited the Human Realm out of curiosity. After he traveled through the portal, a human merchant caravan met up with him. While they were resting in a village, however, a group of bandits descended upon them.

The village was ransacked and its denizens slain. In the end, the demon prince had enough and summoned his Lifeward to slaughter all of the bandits.

While he may have saved the village from total annihilation, in their eyes, being taken captive by demons was a fate far worse than being killed by bandits.

Joshua, of course, did not care about the prince's child-like curiosity, and he had no plans to strike against humans anyway.

"Right, Zenarth, someone is still alive over there."

Joshua caught a figure trying to escape from the pile of corpses just right before he entered the portal.

That bandit was smart and managed to fool everyone by playing dead, yet he was too hasty.

Joshua did not have to verbalize what he meant for Zenarth to understand his orders.

Following a bone-chilling scream and the sound of flesh being torn apart, Joshua walked into the portal.

The Demonic Realm was not as bad as Joshua had imagined. At least the skies were still blue, and the surrounding temperature was mild as well as pleasant.

The typical modern depiction of demonic realms with volatile volcanoes, flowing lava, and skies darkened by thick volcanic smog were non-existent there.

The portal led to a garden, and an unknown flower bloomed on the ground, emanating blue particles.

If not for the terrifying demon by Joshua's side, he would not have believed that he was in the Demonic Realm.

"Your Highness, should I send the humans into the dungeons?" Zenarth asked.

"Yes, lock them up first. And give them some food. Don't let them starve, I still have use for them."

After he gave his Lifeward that order, Joshua headed deep into the castle.

Based on his memories, the place was the royal capital of the Demonic Realm, Annerlaude. The city's name in Demontongue meant the "Edge of the Abyss". As for what it actually entailed, Joshua had no idea, but where he stood was the heart of the capital city.

He was in the palace where the ruler of the Demonic Realm and his kin lived.

Joshua navigated through the city's complex alleys using his memory and returned to the area that the demon prince lived in.

"This place is a bloody mess."

Joshua entered the castle and discovered that the prince was a far… tardier person than he thought.

An originally extravagant room was littered with all kinds of objects all over the ground. It was so messy that even a person like Joshua, who was not a clean-freak frowned when caught sight of it.

Joshua managed to recognize some books and crystals, which were scattered all across the floor. The rest were oddities of all shapes and sizes.

Was there no servant to clean the room? Joshua once again ran through his memory.

Only then did he realize that all of the items on the ground were products of the prince's "research".

Joshua Annerlaude, the third son of the Demon King, Nordlein was a different kind of demon prince. Compared with his extremely talented elder brother and sister, Joshua had simply been a tad divergent since birth.

Even at seventeen, he would invest in all kinds of weird items, and every other moment, he would be causing chaos across the city. Basically every demon in the city had resorted to a pejorative term to describe the prince.

"A lowly human!" they said.

However, in contrast to humans, Joshua was more like a gnome or a dwarf. That aside, the third prince's talent and aptitude in mechanical engineering, as well as arcane engineering, could be described as absolutely nuts. That was still an understatement.

All of the objects in his room were incomplete products of his research.

Joshua went through the introductions and functions of the two objects in his mind. He was more than willing to call them a "camera" and "memory card".

Joshua had yet to think about what he should do after he crossed over into this world. Not everyone was interested in fighting or being the strongest, and Joshua was apathetic toward power.

The objects left behind by the third prince gave him an idea, though.

Perhaps he could shoot a movie in the other world, or if that was not possible, perhaps he could create a card game like Magic the Gathering or Hearthstone or something, then pen a few novels and mangas?

As a person who worked in the field of arts, Joshua felt that it was important for Earth's cultures to be spread across this world... No… a cultural invasion would be more accurate.