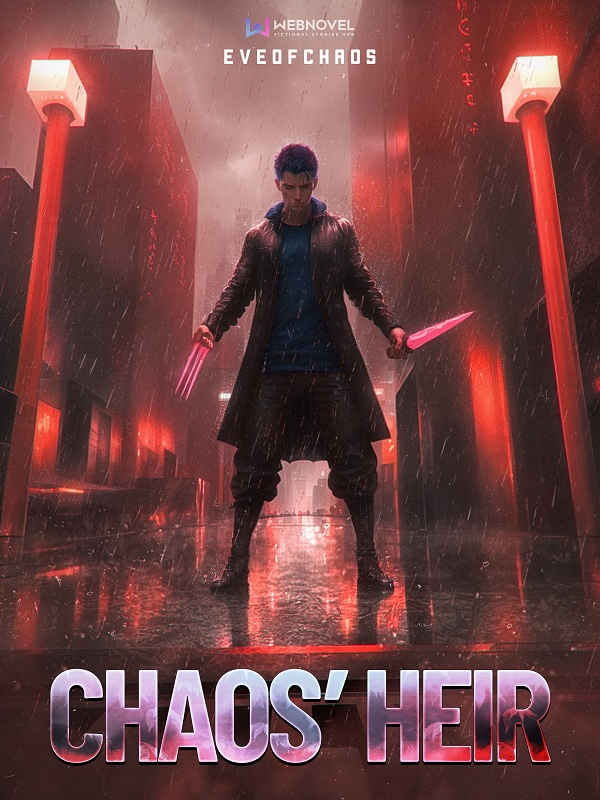 Flames raged everywhere. Screams resounded through the air and filled the area with pure terror.

Buildings continued to crumble. The brittle metal that made the houses in the Slums was unable to endure the high temperatures that landed on its surface.

The sun was still high in the sky, but black smoke covered the entire district and created a cloud that obscured every street.

A peaceful day in the Slums of the city of Ylaco had transformed into a hellish scene. A sky-blue mass had fallen from the sky, and everything had turned into the embodiment of desperation.

Khan knew that he was dreaming. That scene had been his recurring nightmare for almost eleven years. His family had lost everything after that tragedy, and he had gained a curse that activated whenever his eyes closed. A simple trip to the Slums had turned his life upside-down.

It was impossible to stop the nightmare. Khan had tried for many years to force those scenes out of his mind but to no avail. They came back every night and continued until the tragedy of the Second Impact reached its apex.

'Hurry up and come out,' Khan thought during his dream. 'Let me wake up already!'

An azure halo began to pierce the smoke and redness that had taken control of the scene. That light shone on the debris that covered the area and revealed the amount of destruction caused by the attack.

Scarlet and liquefied metal ran over the charred crater at the center of the street. Remains of an alien spaceship laid on different parts of the area and released grey smoke that carried faint sky-blue shades.

The halo intensified, and a hand became visible on the edge of the crater. A humanoid creature soon came out of the hole and staggered when it tried to stand on the scorching ground.

The creature was three meters tall. It had a smooth azure skin capable of suppressing the redness of the fire with its intense light. Two long and massive arms hung from its broad shoulders, and two thick legs supported its brawny torso.

The creature didn't have a neck nor hair. The base of its head laid on its shoulders. It didn't even have teeth, and its nose was nothing more than a pair of cavities placed above its mouth.

The alien's eyes resembled the humans', except that the creature had three of them, with the third placed at the center of its forehead. The three organs also radiated azure light, but they were far brighter than its skin.

Khan had read about that creature in history books. He had also seen a few perfect replicas in museums visited with his family. That creature belonged to the same alien species that had attacked Earth only five hundred years ago. The humans knew them as Nak.

The Nak's eyes were the most vivid detail in Khan's dream. They carried a series of emotions that he could recognize even when his entire world had fallen apart.

Khan saw anger, desperation, but mostly fear. The immense terror radiated by the Nak's eyes seeped into his mind and made him feel pity. It didn't matter how many people had died during the fall of the spaceship. Khan still felt sympathetic toward that creature.

Warmth suddenly filled Khan's mind. His eyes moved away from the alien to look at his chest. A large vertical wound ran through his torso, and an azure halo covered the edges of his injury.

The Nak began to move, attracting Khan's attention again. The alien stretched its arms forward, and its azure halo began to morph, taking the shape of branches that ravaged the debris of its destroyed spaceship.

When the Nak noticed that Khan was alive, it turned in his direction and pointed one of its six fingers toward him. The halo gathered around its hand, and the nightmare ended.

Khan was in his bed when he opened his eyes. Sweat covered his skin and ran down his forehead, but he had long since become used to waking up in that state. He had spent almost eleven years in that condition.

Khan grabbed the towel placed on the bedside table and cleaned himself while standing up to face the mirror in his room. He had developed a few muscles due to his work in the mines, but the azure scar that cut through his entire torso made him feel disgusted about his appearance.

'My face is decent at least, and I guess my height is also fine,' Khan thought while inspecting his hair. 'Thanks, Mum.'

A few strands of his short black hair featured azure shades, but Khan breathed a sigh of relief when he confirmed that the color didn't spread any further. His father had sacrificed a lot to suppress the infection, but Khan still feared it could assault his body again.

'Tainted once, Tainted forever,' Khan thought while inspecting his eyes.

Their azure color made him think about the Nak, but they didn't radiate the same glow. They were normal human eyes.

'I hope these nightmares will end after I join the army,' Khan sighed.

Khan's room was small, and the same went for his whole house. It was hard to gather enough sturdy materials in the Slums, so most citizens settled for tiny habitations.

After completing his daily check-up, Khan exited his room and went downstairs. The mines were waiting for him. He had to gather as much money as possible before enlisting in the Global Army.

"Almost eleven years have passed since the Second Impact," The announcer on the holovision said. "Revolts against the Global Army have never stopped since then. Did we really defeat the Nak five hundred years ago? Are they still somewhere in the universe?"

"Mute," Khan said once he reached the living room, and the holovision went silent.

The stench of booze filled the room, and Khan quickly grabbed one of the blankets laid on a broken couch before moving toward the dining table.

A short man with long black hair and dressed in rags was sleeping between his arms. A series of tools that Khan didn't recognize filled the table, but he didn't dare to mess with his father's work.

Khan limited himself to cover his father's shoulders with the blanket before picking and wearing a pair of ragged trousers and a pullover that had a few holes in it.

"I'm off to work," Khan said as he patted his father's shoulder and moved to leave the house.

That was his normal routine. His father, Bret, had been in that condition for many years by then. He had once been the head of the scientific department of the Global Army, but his life had fallen apart after the Second Impact.

Khan's mother, Elizabeth, had died when the spaceship crashed on the Slums. Bret only had Khan left, so he had invested all his money and expertise to stabilize his condition.

The Nak's mana was toxic for the human body. It usually led to death, but it could also generate mutations in rare cases. Only a small number of people managed to survive the infection, and the world labeled them as Tainted.

Khan couldn't feel any anger toward his father. He knew how much Bret had sacrificed to keep him alive. They previously lived past the quarters of the Global Army, inside the bustling core of Ylaco. Yet, they had been forced to move in the Slums due to the expenses for his treatment..

Hello everyone, I hope you enjoy the story!

Anyway, I always read the comments, so don't hold back from providing feedback and pointing out errors. I fix those in less than a day.