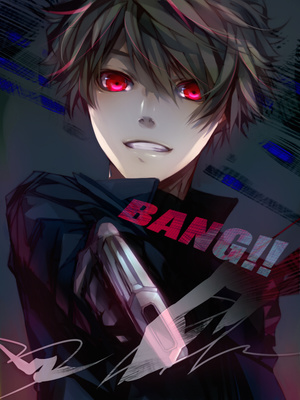 Chaos Child: "The Empty One"

Before time began to move, before space was created, before the so called God's existed, there was a single entity. You could not say it lives, for reality has yet to be created. It only existed. The entity had no name, for there was no one there to name it. It had been gathering it's power to warp existence it's self. It was board of this monotonous world and wished to change it. So it did.

it created world after world, planet after planet, plane after plane. It created four planes.

The lowest plane was called Cycle, for everything within it was in a constant loop. life came after death, and death came after life. Night came after day, and day came after night. history repeats itself, and space would loop. this was where it put it's failed creations, the mortals.

next, it created the plane called trial, for this plane was a harsh one. death was around every corner, pain awaited at every step. if you could make it through this plane, you would attain eternal youth. but, if you failed, you would be sent to the world of mortals with nothing. no memory, no strength, no knowledge. you would have to start over. in this plane, it placed the wardens, which the mortals called the demons of hell. they made sure that no one that is not worthy passes this plane.

the third plane was named sanctuary, for that is what it was. a resting place for those who endured the hardships of life and attained eternal youth. within this plane, it placed the administrators, known as the angels of heaven. they operate the mortal worlds from above.

the fourth plane was called law, for the most powerful creations of the entity resided here, lording over the lower planes. they named them selves gods, and cruelly played with the lives of their mortal followers for the simple reason that they were not as powerful as they.

the entity watched over it's creations for millenniums. yet, it was not satisfied. despite them being it's creations, it could not decend to the lower planes, for they were too fragile. it would break upon contact with it's aura.

the entity, despite all it's efforts, had not accomplished it's goal. it, too wanted to experience the thrill of life in the mortal worlds. so it called it's helper,. one of it's first and finest creations, hakuboshi kokuyo, (白星 黒夜 read kokuyo hakuboshi in English, Japanese read their last name first)the butler. the entity asked kokuyo,

experience my own creations. but my power won't let me."

"why don't you send your consciousness to the mortal worlds bound to follow the orders of the host you bind your self to? set goals for your host and rewards so he/she will move around the planes as you want them to. that way, not only do you get to experience the planes, you also get company."

"what a wonderful idea, koku! let us being the preparations. only, I don't want to follow the orders of my host, so I need to set some other restrictions to lower my power. how about not allowing me to affect the outside world except through and for my host? but only that will not be enough, so I will also erase my emotions as well? as the final prize, I will give my power to my host and fully integrate with him/her. that way, I will no longer need to suffer from being lonely."

and so the entity prepared for the faithful day for 1000000 years, creating, modifying, customizing, preparing rewards, waiting for the day to come when he finally finds the perfect host. which just so happens to be our protagonist, ginchi satsuma.(銀血 殺魔 read satsuma ginchi in English, Japanese read their last name first)

this is my first time doing something like this, so I appreciate you all actually reading the story. I apologise for the info dump, and will try not to do it again. as I am a first time author, I would appreciate constructive criticism and feedback from my readers. I will try to update weekly, however, I can not guarantee that I will. for those of you who expect a Harlem or romance of any sort, sorry to disappoint, but I will not be doing anything of the sort. hope you enjoy my story!