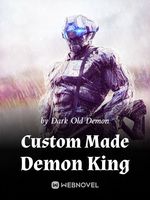 Roy seemed to have a never-ending dream in the darkness and haze.

The dream seemed bizarre and ridiculous, and the reason why the word 'seemed' was used to describe it was because the dreamland dissipated immediately when a wave of throbbing came over him.

Roy woke up. The very moment he awakened, he could not recall anything about his dream.

After waking, Roy felt something amiss about his environment. He felt his entire body shrank into a ball and confined in a small space with air that reeked of rancid body fluid, which was even a little sticky.

Roy could not figure anything out since there was no light around him. Out of instinctive fear, he subconsciously opened his mouth to shout. However, he was almost choked to death by the liquid he inhaled.

Roy flailed his hands around blindly in panic as though he were drowning. In the end, his hands touched something that seemed to be a layer of 'wall'. He reached out and touched it. It felt thin and warm.

It was too late to think too much. Roy subconsciously banged his fist on this layer of 'wall' only to realize that something was wrong. His strength seemed to be much lower, and even his body was not what it was supposed to be.

Fortunately, that layer of 'wall' finally broke after he consecutively banged his fist against it. He heard a crack, and a fissure appeared in the wall. Faint light came through.

It worked! Roy's spirit was immediately rejuvenated, and he continued smashing.

After Roy managed to send a piece of the wall flying, the viscous liquid around him finally found an outlet. It rushed out through the gap, and the air from the outside world flowed in, allowing Roy to be finally satisfied with his instinctive breathing. He took a long deep breath, and the fullness in his lungs gave him the feeling of gratification that he was finally saved.

However, Roy was taken aback by the strange sounds he made after exhaling. He did not know if it was because his vocal cords had not been in use for a long time, but the sound he made was like this:

Shit! Did I turn into a moaning monster?! Roy mocked himself before quickly peeling off the rest of the cracked 'wall' and making the gap larger. He grabbed the edge and drilled his body out of the gap.

The first thing Roy did after he pushed himself out was to raise his head and look at the sky. He was stunned!

After staring at it for quite some time, Roy was finally certain that the round thing exuding a purplish glow and hanging in the sky was a moon. He then lowered his head in panic and looked at the place from where he had just emerged.

What the f*ck! It's really an egg!

Roy had had a bad hunch when he freed himself from the crack a moment ago. He felt despondent, as though he would never love again after realizing that he really emerged from a black egg.

He was actually hatched from an egg…

Hello everyone. Henceforth, please call me Hatched, Roy the Hatched…

After making light of the desperate situation he was in, Roy stretched out both hands. As he thought, what should have been a pair of human hands with calluses was now a pair of baby-sized palms. His skin was not only strangely dark red, but there were also some strange black lines on it. He had sharp nails on them, and even his feet were claw-like.

He touched his face. His eyes, nose, and mouth were still there, but there seemed to be two bulges on his forehead. Is this a pair of horns?

He touched behind and found a black arrow-shaped tail…

Damn it, what kind of monster have I become? It would be great if I had a mirror…

Roy suddenly thought of something. His expression changed as he lowered his head to look at his crotch. He finally heaved a long sigh of relief.

Although it's a little chilly without pants, all's well if you're still there!

Lucky! My gender didn't change. Otherwise, it would have been crazy. Putting aside my memory of being a straight human male for the past twenty-odd years, judging from how I hatched from an egg, if I really became a female, wouldn't that mean I would have to pop eggs out when I breed in the future? That scene is simply…

He shook his head, chasing away this creepy imagery out of his mind. Roy started sorting out his memories since he was still confused.

There was nothing special about Roy's previous life. He grew up as a carefree youth in a peaceful age. After graduating from university, he worked hard in the city just to pay off that expensive mortgage. His favorite hobbies were playing games, reading novels and comics, and watching anime. He would occasionally barbeque with his friends if his economic situation allowed, and he would also take the opportunity to vent to his circle of friends late at night. He was rather good at finding joy in adversity. His goal in life had been for that house of nearly four-hundred square meters to work its magic in seducing a woman to take on and repay the mortgage with him…

If you thought about it this way, Roy was actually quite ordinary. The only thing that was commendable about him would probably be the last few pieces of memory he had.

Roy seemed to remember a mother and her child. When he was crossing the zebra crossing at the crossroad, a child was walking and playing a game on his mobile phone at the same time. His mother was pulling his arm, lecturing him, and they failed to pay attention to the traffic. Right at this moment, a car sped through the red light. Its driver might have been drunk or something. Roy saw it and had the chance to dodge, but that mother and son did not realize it. He had no idea what he was thinking about, but he grew hot, stopped in his tracks, and pushed that pair away. Then he felt a huge impact and his body swirling into the sky.

His memory stopped there, and Roy knew that he probably died. Was it necessary to ponder about why he appeared in this bizarre place and became a bizarre creature? Needless to say, he was reborn!

The young people of today would be embarrassed to chat with others if they did not know terms such as transmigrate and rebirth.

Roy had no regrets losing his life saving them. Who would have the time to ponder in the moment of saving people's lives? Humans led ordinary lives for many years, and one glorious moment was enough.

His only regret was his parents. They had to be grieving. Roy became sad when his thoughts turned to this…

After mourning for his previous life for some time, Roy sighed. After paying tribute, he adjusted his mind and raised his head to survey the environment.

What he saw made him a little dazed.

He seemed to be on a beach. However, unlike the blue sky and white clouds in his impression, the sand on this beach was blackish red, and the particles were very large, like burning coals that had water poured on them. Not only did they emit green smoke, but they also caused the surrounding air to be full of soot. The farther away from the sea, the more the red 'sand'. On the other hand, the nearer the sea, the more the black 'sand'.

This sand seemed to be formed of fresh magma, with hot and humid seeming to be the greatest characteristics of this beach. Surprisingly, other than the one Roy was born out of, there were tens of thousands of eggs on this beach!

These eggs varied in size, but they were at least the size of ostrich eggs. Their colors were different as well, having black, red, and even purple and silver. The only similarity was that the warm and humid condition of this silent beach gave these eggs a suitable environment to incubate.

It seems to be a natural hatchery. So, where did these eggs come from?

Roy turned his head around and saw waves washing the beach at its edge. The color of the seawater felt very uncomfortable under the moonlight. It was blood red!

The eggs of different sizes floated on this blood-red seawater and were pushed onto the beach with the help of the tide. This strange scene allowed Roy to finally understand how he had appeared on the beach.

The intensity of each wave was not regular. They were large and small at times, causing some eggs to be pushed further onto the beach while some were scattered around the edge.

On the beach closer to the sea, the seawater washed over the magma sand, causing its temperature to drop quickly. In contrast, the sand farther away could retain heat for a longer period, leading to differences in the speed of the eggs hatching. Roy could see many eggs moving and shaking in the higher temperature region in front of him, while the lower temperature region behind him was dead silent.

Luck played a vital yet cruel role in this survival of the fittest here. In fact, the eggs pushed to the beach already had better luck. Roy saw some eggs collide and shatter before they could land, causing the liquid in these shattered eggs to flow into the sea!

Needless to say, these were the ones with real bad luck! The creatures inside did not even have the chance to hatch…

Roy could not help but rejoice. Fortunately, he was in an egg that successfully landed onshore. If not, he would have probably been among one of those with rotten luck.

This ocean, this beach, and the bizarre scene in front of him were frantically brewing question marks in Roy's mind. Where the hell did I arrive at?! This repressive and cruel environment gave Roy a bad feeling.

Also, what should I do next? It's been twenty to thirty minutes since I hatched. Roy had a basic understanding of the environment from his observations, but he was at a loss about what to do next.

Right at this moment, a loud grunt came from a stomach. This sound came from Roy himself.

He was hungry… Crazily famished!