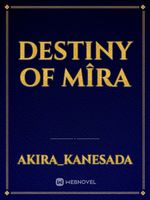 The human realm was on the verge of chaos. One day mysterious creatures started to invade the continent, gradually devouring all life. They were called the Phantoms of the 'Dark realm'.

All hope seemed to be lost. Chances of survival grew slim. But that was until one fateful day, after desperate efforts and sacrifices, the demon army was pushed back by the remnants of great divinity lead by the archmage.

The era of war ended with a great number of casualties. A barrier was cast by the first archmage and the fourth saintess between the two realms.

A new prosperous domain was established in the continent if Mîra to maintain peace and stability.

Festivals were prepared to honor the war heroes and the first archmage. Ceremonial banquets were held in the memory of the deceased. The population of the continent reduced to half by the end of the first wave.

This historical event was recorded down in the continent's chronology. The archmage passed away shortly after the war ended. The position of the archmage was soon taken over by his disciple Canute de Lorain.

The continent divided into three parts; now rose into the most powerful and influential empires of Mîra.

The north of Mîra is ruled by the Empire of Arcania.The largest empire of Mîra.The only empire ruled by an empress in history. The empire is well known for its influence in ancient magic and the lost states once controlled magical energy flowing throughout the continent.

The western part of Mîra is governed by the Empire of Wahrheit. It is famous for its strong military, and political stature. It also holds most of the natural reserves influencing trade across the continent.

To the east lay the empire of Wei. A nation renowned for its oriental and cultural heritage.

These powerful nations formed an alliance under the orders of the most significant figures during the chaotic battle against the phantoms and demons.

The first archmage and the fourth saintess, along with the rulers of the continent pledged an oath to keep a stable relationship to maintain peace.