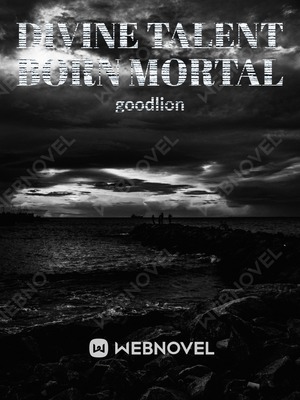 Chapter 1: The Past of the Immortal

Zhang Yi was on a mountain in the middle of nowhere, this was a place full of spiritual energy.

Besides being in a place with such abundant spiritual energy, in the hands of Zhang Yi, there were also a few millions of higher-level spiritual stones.

This was the only place on the continent blue moon where one could ascend to the divine plan.

Zhang Yi had already reached the limit of his martial path and was ready to rise to the divine plan and try to become an immortal and step on the peak of martial Dao.

In Zhang Yi's hands were two tokens, these tokens looked like divine jades, like immortal treasures, and the meaning of these tokens would be the path that Zhang Yi would have to choose now.

Before making this choice Zhang Yi had to remember all his past.

Zhang Yi was born on earth, in a country called China, he was born in the Han Dynasty.

Since little Zhang Yi always seemed to have been born sick with a weak constitution and also mental deficiency.

His father Zhang Feng was very disappointed in his son when he learned that he was handicapped because he knew he could not have an heir.

Zhang Feng was a high-ranking officer in the army and worked hard along with the generals to protect the southern border of the country, Zhang Feng already had the strength to be able to be a general, more like once he offended the Crown Prince he never had the chance promotion.

Even so, he was much respected by all the other generals who knew of his situation.

Zhang Feng met Zhang Yi's mother when she was over 20, she was a beautiful woman who had come from Europe called Mary.

Zhang Feng fell in love and married Mary thus bringing the contempt of many other army colleagues for not choosing a good woman of their own.

Zhang Feng did not care, and after a few months Mary was pregnant, it was a complicated pregnancy, full of difficulty and her son was born after almost ten months.

Because of this complicated pregnancy, Mary was unable to have children after the birth of Zhang Yi, but she was still happy to be able to give an heir to her husband.

Too bad after only a few years everyone realized that Zhang Yi suffered from some deficiency in body and brain as well.

Yet despite Zhang Yi being ignored by his father he was still much loved by his mother, and despite his mental deficiency he still learned to read and write and to speak a few simple words.

While growing up despite always eating very well Zhang Yi still had a malnourished body, many even though he was abused by his parents for being deficient.

At first, Mary worried much later when she saw that he was still full of energy despite having a body so she did not care anymore.

Whenever he could Zhang Yi liked to see his father use the sword, although Zhang Feng always ignored Zhang Yi still considered him his hero and everything his father did for him was cool.

So after completing ten years old Zhang Yi always skirt hiding with one of his father's swords to train alone some of the moves he saw his father do.

So after a few more years of training, Zhang Yi was already quite skilled with the sword.

One more day when Zhang Yi was about to turn sixteen the whole family Zhang pops in if in mourning.

Zhang Feng had fought bravely when some enemies attacked the southern border, the emperor took too long to send reinforcements to the fort, probably wanting to see if Zhang Feng would die, so after enduring for too long Zhang Feng became tired and eventually lost his left arm to an enemy before being rescued by some allied soldiers.

Soon after the reinforcement appeared and the enemies were suppressed, the emperor knowing that Zhang Feng had lost one arm was very happy and even tried to send some people to kill the now weakened soldier.

The emperor was annoyed that he had not been able to kill Zhang Feng and tried to send him to the battlefield again to see him die.

The other generals intervened and accused the emperor's factions of trying to kill Zhang Feng had you almost been murdered on an allied basis, so without being able to face the generals the emperor had to retire Zhang Feng.

So Zhang Feng was back home and was feeling betrayed and helpless, for him to have lost his arm was not the problem many soldiers end up worse than he before leaving the army.

What he was sad about was the emperor's constant attempts to take his life only for a small cause as he offended his son, so Zhang Feng felt he had fought all this time for nothing.

So he spent another time and Zhang Yi turned sixteen, plus that day which should be of commemoration if he turned another day of mourning.

The emperor saw that he could not kill Zhang Feng and did not accept that he had to swallow this humiliation and so after a while, his employees informed him that Zhang Feng's son was disabled and had turned sixteen.

Thus the emperor found his opportunity to take revenge on Zhang Feng and had Zhang Yi enlist in the army to serve in the north of the country which was a place far from the influence of Zhang Feng.

So with it was a rule that everyone at sixteen went to war the whole Zhang family knew that Zhang Yi would be sent to his death.

Mary wept for many days and wanted to die when she learned of it, and even the cold Zhang Feng was comforting her wife and very sorry for her young son who was young and full of problems, never received anything from his father and now was going to be sent to death because of an error of his.

So when the day came to Zhang Yi be sent to the war Zhang Feng called his son in a corner and said the first and last words to his son.

"Zhang Yi go to this war and always fight with your head held high, kill as many people as you can, always take whatever is in the body of your enemy that will be useful to you and above all always try to come back alive from a even if you have to play your pride out for it. "

So despite not being very intelligent Zhang Yi kept those words deep in his heart and went to war.

Arriving at his battalion that was preparing to go to the battlefield Zhang Yi went to the tent of the people who take care of the military supplies to get the things he needed as much as his equipment for the war.

He received a cantil of water that he gave to put a liter of water, also received 2 sets of uniform, a simple armor of leather, a spear and material to take care of the spear, some clothes to use to sleep and a bag of cloth.

Zhang Yi argued that he wore a sword plus the logistics people said they only gave the basic equipment if he wanted to earn more rights he had to make merits in this war or just kill his enemies and steal from them.

So Zhang Yi remembered what his father said to him, it seemed like the essential thing to stay alive in the army.

So after a day of rest Zhang Yi would have his first day of battle, at first being a rookie and a little malnourished his battalion companions took pity on Zhang Yi and sent him to the back of the army just to learn how to fight, and if in that place he has to fight is because his side of the army would be exterminated anyway.

The enemy they were facing as they always were the barbarians, so known as having a much stronger body but having poor battle equipment.

So Zhang Yi was watching as the battle unfolded as he learned a few things, the reason everyone was forced to learn to use the spear as basic equipment was that it guaranteed a much better survival rate in the fights and was also the only way to fight well riding a horse if necessary.

Here is Goodlion starting my second novel now, I always wanted to write a cultivation story, but as I do not know many terms in Chinese and I do not know many Chinese names were delaying, but now I decided that I would do it my way, as it is a world invented and all fiction, even nothing will be wrong, it's all my way, I hope you like it, now we'll be remembered along with Zhang Yi his way up before he ascended to the divine realm.