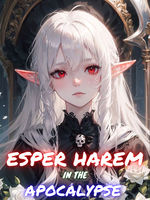 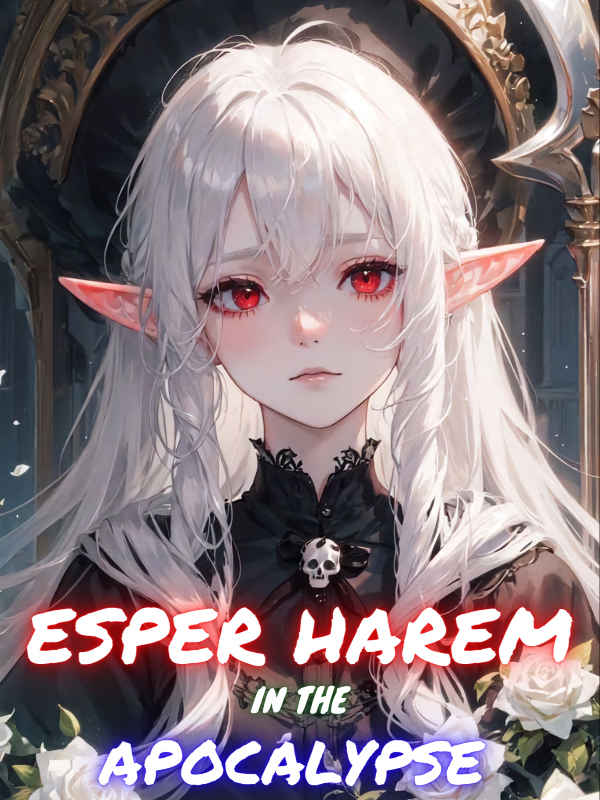 Esper Harem in the Apocalypse

Chapter 1: Superpowers in the Apocalypse

"See you later!" a black-haired young man named Rudy left the restaurant after greeting his friends and made his way to the university across the street.

'Finally! Today is the day when I get my degree and apply to the highest paying company.' He rejoiced.

'I got another offer from the international company last week. They are ready to pay 30k$ as my first monthly salary, then later promote me to the section chief. I Will be earning even more after the promotion.'

Rudy glanced around the street to make sure no vehicles were coming. The lights were red, so he began crossing the street.

'I should accept their offer. After all, they are the ones paying me the highest from all the companies.' Rudy successfully crossed the street and entered the university gate.

'I don't want to sound like a jerk, but my top priority is to get the job that pays me the most. I have to take care of my family now. They have been sacrificing their happiness for me, so now it's my turn to fulfill all of their wishes.'

Rudy glanced around the campus to look for his girlfriend, but she was nowhere to be seen.

"Weird. She said she is waiting for me at the gate." Rudy moved his hand to his pocket to take out his phone, but he realized he had left it at the restaurant.

"Come on~" he groaned and made his way back to the restaurant.

Luckily, his friends were still there, so his phone was safe. He grabbed his phone and left the restaurant in a hurry.

"Phew!" he sighed and muttered, "All my important data is on the phone. If I lose it, I might get into trouble."

Rudy called his girlfriend on the phone and crossed the street without looking at the lights. His attention was on the university gate and the phone call.

Rudy was hit by the truck passing at full speed.

His body was sent flying a few meters before hitting the floor. Lights faded from his vision as his lifeless body rolled on the street.

When he opened his eyes, he found himself in an unfamiliar room. He could smell the scent of chemicals and medicines.

He moved his eyes around and realized he was in the hospital room. He tried to move his body, but he couldn't move. He couldn't even move his fingers, nor could he speak; He was crippled from everywhere.

He stayed like that for some minutes until the nurse who came for his regular check-up noticed his eyes were open.

She immediately rushed out of the room and called the doctor. The doctor came soon after and performed a check-up on Rudy. However, Rudy passed out during the check-up.

The next time he opened his eyes, he saw his girlfriend, his best friend from childhood, and his mother, standing in front of him with the doctor.

His girlfriend burst into tears after seeing Rudy opening his eyes.

"I will ask you some questions. Try to reply to them if you can. If you have trouble speaking, you can simply blink and let us know. Are you ready?" the doctor asked. "If you can listen to me, blink once for yes, and blink twice for no."

"Good." The doctor looked at the reports and asked, "Do you know who you are?"

Rudy blinked once in response.

"Good." The doctor pointed his finger at Rudy's mother and said, "Do you know who she is?"

"Is she your teacher?"

"Is she your mother?"

"Very good." The doctor then pointed his finger at Rudy's girlfriend and asked, "What about her? Do you remember who she is?"

"Is she your sister?"

"Is she your classmate?"

"Is she your girlfriend?"

"Nice!" The doctor moved to Rudy's best friend and asked, "What about him? Is he your brother?"

"Is he… your classmate?"

"Is he your friend?"

The doctor turned to them and said, "It seems he hasn't suffered from amnesia."

"How long will it take for him to recover fully?" his best friend asked.

"Let's talk about all that in my office."

The three of them followed the doctor to the office.

The doctor told them that Rudy's injuries were incurable, and he will have to stay at the hospital for his entire life.

"Most of his bones are shattered. And his broken ribs punctured his lugs, and his neck also cracked on impact. It's a miracle that he is still alive, but after looking at his condition, I wonder if…" the doctor sighed and continued, "I will be serious with you. He is beyond saving, and he can die anytime."

Rudy's mother and girlfriend started crying while his best friend signed the documents for Rudy's treatment.

His friends from high school also visited him once or twice, and his classmates from the university sent their regards. Most of them were busy with their jobs, while some were still hunting for jobs.

Rudy's girlfriend had also received a job offer from an international company, but she was stalling as she couldn't leave Rudy alone. He had promised her that they would get married once they got their jobs, but neither of them had expected this to happen.

When Rudy found out about his girlfriend's job conditions from his best friend, Rudy broke up with her because he didn't want her to destroy her life looking after him.

Rudy was aware that he could die any moment, and there was no guarantee of his future with her. He made a reasonable and logical choice and drove her away from him.

Weeks passed by, and people eventually stopped visiting Rudy. Once in a while, his best friend dropped by. When Rudy asked how his family was doing without him, he told them that his little sister had to drop out of school because they couldn't afford her fees when they had to pay for his treatment. His mother had opened up a shop, and his little sister was helping in it. His father had also taken several loans for Rudy's treatment.

Rudy felt hopeless as he cried alone at night. He wanted to give his family a better life, but now he had become a burden to them. He spent countless nights thinking of his life choices and cried for hours.

One night, a mysterious man visited Rudy and told him about the 'gene experiment.'

Gene experiment was permitted by the government but wasn't made public. The scientists focused on the people with incurable diseases who were going to die sooner or later in exchange for money.

Rudy was one of them. With 12 other people like him, Rudy was transferred to the laboratory far away from his city.

Rudy had lost hope, but the gene experiment was giving him new hope. He wasn't worried about dying as his family was going to receive money upon his death.

Rudy had nothing to lose. In either case, he was going to gain something. If the experiments were successful, then he would get his life back, and if it failed and he died, his family would get money.

It was a win-win situation for him. However, he forgot the possibility of failing and surviving the experiment.

The experiments made Rudy highly sensitive to pain, and even a little poke hurt him more than a thousand needles. They made him even more crippled, where he lost his sense of smell and became blind. He was totally useless now.

After feeling pity for Rudy, the scientists offered him a solution— that was to die. They promised they would still give a considerable amount of money to his family for helping them out with the tests.

Rudy requested them to leave his body in the open, where he could see the stars in his last moments, even though he was blind. They injected a serum into his body and left him in the middle of the forest.

Minutes passed by, which were like an eternity to Rudy. His entire life flashed before his eyes as he recalled everything. He regretted living the way he spent his life. However, no matter what choices, the outcome would still be the same.

Rudy's ears twitched as he heard a voice after a long time. He opened his eyes, knowing well that he wouldn't be able to see. However, when he opened his eyes, he found himself in the classroom of his high school.

Surprised, he fell off the chair, and everyone's attention was diverted to Rudy.

"Rudy. Are you okay?" the female teacher asked.

Rudy stood up and sat on his desk. He glanced around the room and looked at everyone's faces.

'Is this real?' he wondered.

"Rudy. Are you okay?" the teacher asked again.

'I can speak too!' Rudy couldn't believe his eyes and ears. 'Am I getting a second chance, or did I somehow travel back in time? Did the experiment work?'

Rudy had too many questions he needed the answers of, but he was happy that he could move, speak and see again.

He looked to his right and saw his best friend scribbling on his book.

'This is truly happening!' Rudy stood up and yelled, "Yes!"

Everyone's attention was once again focused on Rudy, but he paid no attention to them.

'I will live every moment of my life to the fullest!' he decided and dashed out of the room.

"Where do you think you are going?!" the teacher yelled.

Author's Note- I hope you guys liked the first chapter, although it was more like a prologue. This novel will be superpowers + apocalypse+ action+ slice of life+ harem+ comedy. With his crazy superpowers, he will live a hilarious daily life.

Add this novel to your library and support it with power stones..