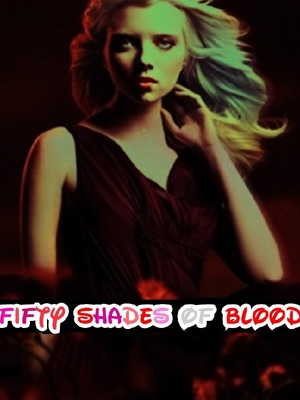 It's been thirty years since it happened but it feels like yesterday....... maybe that's what happens when you've just found out that you can live “FOREVER".
I can't tell you my name or where am from,I can't disclose where I live......or at least used to live. I am monster yet the disgrace of my clan,I don't drink what they drink. I don't want to be like them,......I want to "die". Isn't that what human beings do? That will never happen,I know for sure. I AM NEVER GOING TO DIE. Maybe I will but this monster in me never will.
Vampires are strong,scary and practically invincible but not this vampire! She does not like the taste of blood,mirrors, garlic,loves being in the sun and is the disgrace of her entire clan. What will happen to the young vampire who doesn't want to be a vampire.....

She stood by a wall,her shadow resting against the floor. She was about seventeen years old....or was she? She stood six feet tall,red hair, blue eyes and and lush red lips. She was wearing a black net blouse and black tights with black boots. Her whole demeanor was intimidating yet she was harmless.
Most of her clan drank what she would never drink and do what she would never do. How much she hates the sight of red....used to be her favorite color but now...? How far can she run away from red or the sight and memory of it? She is red headed and her name means red and even her zodiac sign signifies red. This can't be a coincidence or can it? Is this where she really belongs? Is this the life she is made for. Can she really go back to her past life? How much she hates being stuck in two worlds?
She is a rebel in both her worlds,she will hunt you down if need be. But now she can't be so sure,she is weak and starving. She hasn't fed in years and it's wearing her out. She knows she can't stay long without blood but she is determined to starve herself to death. Too bad Vampires can't die....or don't die. How did things go wrong for the red haired Aodh Scarlett Flynn?
____________
She was born on the 21st of March,an Aries. She is Irish and American. She was born a twin. Her sister Ambrosia Tuesday Flynn was killed by an occult group during Halloween. Strange things aren't strange anymore as even the word is engraved in her story. All this... being a vampire and all. It all started thirty years ago.

Flashback,thirty years ago.
.........This can't be happening to me-no,not at all. I had my whole life planned out in front of me,I was a rebel-yes but that didn't mean I didn't want a life. A life with Ian,I hadn't gotten my revenge with Arianna. I haven't avenged my sister's death. Too bad am about to join her. Too bad am getting crushed between two walls. The bricks fell and made a wall with a small crevice. I walked through the wall in an attempt to be with the others but it was too late, useless. The wall closed. I was trapped. Forever.
_______________
This book is written to contest in the Webnovel spirity awards 2020. Pls vote and leave a review. Gift and send power stones too.
Love you all.
WhatsApp:08090241648 if you want to support me, pay for my stories or publish my book.
© Copyright is owned by me and no one but me. No plagiarism!