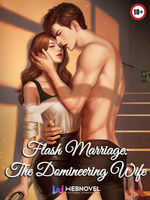 Yan Mei stared blindly at her computer screen. She squeezed her eyes shut, drew in a long breath, and tried to release tension as she exhaled. Opening her eyes, she couldn't help but glance at the wall clock.

Nine o'clock. Yan Mei knew her grandfather would worry about her working late, but it was the only way for her to shut herself from the outside world and pretend that she was okay.

Yan Mei stood up restlessly and went to the window that overlooked the street.

"Damn him!" she said out loud. The intensity in her voice shocked her. It's been five years since everything happened, but she will never forget the scene of the night she lost everything. Her fingers clenched into a fist, trying to hold back her emotions.

The trauma of having her entire universe crumble down had been too much for her to handle.

If not for the therapy sessions and the support of her father, maybe she would have committed suicide a long time ago.

Shutting her eyes and taking a deep breath, just like her therapist had taught her, she looked at her reflection in the glass window and smiled. Her smile did not reach her eyes, but no one would notice If they were around.

"I'm okay. See, I'm still alive, and that is the most important thing," Yan Mei murmured.

She doesn't remember how it started, but anytime she would remember what happened and got depressed, she would take a deep breath and smile. As if her smile could solve everything.

She walked back to her desk and shut her computer off. Picking up her purse, she left the building of the multibillion-dollar company that she owns.

Sitting in the Audi A3, Yan Mei didn't immediately start the car. She felt lonely and depressed tonight. She had worked her ass off this past couple of years to distract herself, but she continued to feel empty. Now, this emptiness was consuming her. Tonight, she will allow herself to be Feng Mei for once.

"Wish me luck, Love," she whispered as she stared up to the sky as if she was talking to someone up there and started her car.

It was Friday night, and the club was full of many people. Lei Zhao kind of figured that it would be on a Friday night. Just as he was about to enter the club, he bumped into someone.

"I'm sorry," a mellow voice said in front of Lei Zhao. Raising his head, he sucked in a deep breath as he stared at the woman in front of him.

Everything about her redefined perfection. She was not wearing a sexy outfit or a short dress; she was wearing the exact opposite, a business suit.

Lei Zhao never knew a business suit could make a woman this beautiful and sexy.

Yan Mei felt self-conscious as he stared at her without blinking his eyes. She raised her eyebrows as she looked at him. He was handsome; he had this elegant and noble appearance, and his commanding presence made it difficult for people to ignore him.

"Pardon?" Yan Mei asked confusingly. 'Why was this man behaving so strangely?' she thought to herself.

Realizing that his actions were weird, even to himself, Lei Zhao awkwardly laughed.

"Sorry, I was asking if you're okay."

"I'm fine and sorry once again," Yan Mei said as she bowed and turned away. She then walked inside the club, completely ignoring him.

Lei Zhao stared at her back. He didn't believe in love at first sight. But for the first time in two years since his girlfriend left him and his brother died, Lei Zhao just found another woman attractive. Can that be because he has been celibate for too long, and now his hormones are acting up?

He shook his head as he entered the club.

He has invested everything into his work because he wanted to make his brother proud of him.

Ever since his brother died, he knew that he couldn't be as carefree as he used to be. He had hated his brother for leaving him alone in this world. His brother had promised to always be there for him, but because of a girl, he died. Was the girl more important than him? He has wanted revenge on the girl and has been searching for her for years, but it is like she never existed.

Henry Liu gave him a friendly punch to the arm. Bringing him back to the present as he said, "Man, that is the third chick you turned down today. You keep looking around as if you're looking for someone. What is wrong with you?"

Lei Zhao was too lazy to talk to him. He thought once he sees other girls, his hormones would kick in, but no girl has excited him like the woman he met at the entrance. Now he is bent on finding her, but he can't even see her shadow, is like everything was an illusion,

"Check that out, man f **K!". Henry Liu exclaimed as he let out a high-pitched whistle.

On the dance floor was the woman he had met at the entrance. She was in her little world as she had her eyes closed and seemed lost in the lyrics and rhythm of the song. Dancing in a suit will look weird, but no-no actually, it was the hottest thing he has seen in years.

She had let down her hair, put on her red lipstick, and opened a few of her buttons, showing her off a bit of cleavage. To drive you insane. It makes you want to open all the buttons and unlock the mystery hiding in that suit.

She raised her lips in a sly smile when she opened her eyes and saw him staring at her. Holding his gaze, she offered a close-mouthed smile that appeared highly seductively.

Lei Zhao knew right that he had sold his soul to the devil, but man, he had no regrets looking at the woman in front of him.

Yan Mei looked at the man she met at the entrance and smirked. She saw the desire to conquer in his eyes, and she felt good about it. Even though she had gotten tons of proposals from men before, she knew they only wanted her money. But the look in this guy's eyes was different.

It was as if he had finally found something that he had been looking for, and now he wanted it with all his might.

She watched in amusement as he approached her. Just as he was about to reach her, a petite blonde appeared in front of him.

Lei Zhao frowned when he looked at the person blocking his view.

"Hey, handsome. You want to buy me a drink?" the woman said as she batted her fake eyelashes, pushing her breasts to his side.

"So cold. I like that," The woman's tongue snaked out to touch the top of her lips.

Lei Zhao winced. He was losing his temper. Lei Zhao didn't understand why these types of women tried so hard, wearing these tight dresses that they can barely breathe in. He appreciates the magic effect of makeup, but using too much makes them look like clowns. He hated it.

Lei Zhao widened his eyes in surprise when he saw Yan Mei, who had placed her hands on his shoulder.

She smiled at the dumbstruck look on Lei Zhao's face and turned to look at the woman.

"Miss, is there something my man can help you with?"

Yan Mei coldly asked as she scrutinized the lady in front of her with her eyebrows hunched together. Seeing the icy demeanor of Yan Mei, the lady snorted, glared at Yan Mei, and left the place.

"Stop looking at me like that, Weirdo," Yan Mei sarcastically said as she turned to Lei Zhao.

"You can't blame me, right? It's not every day that I meet such a charming lady like you, Love." A smug smile spilled from his lips as he winked at her. Yan Mei rolled her eyes at him, ignoring his cheeky reply.

"If you have finished your speech, Weirdo, you can buy me a drink. I just saved you from whoever that was," Yan Mei said distastefully.

"It would be my pleasure, Love." Lei Zhao wrapped his hands around her waist and walked her to the bar counter.

Henry Liu looked at his friend, flirting with a girl, and opened his mouth in surprise. He is shocked because ever since his brother died and his sister left him, Lei Zhao was the coldest and the most indifferent person he had ever met.

'So who is this person who was shamelessly flirting with a girl?' Henry Liu shook his head helplessly as he left them alone.

Lei Zhao looked at the woman, who was busy drinking and sighed. Since he brought her here, she has completely ignored his existence, and all her focus was on her drink. He was questioning his charm.

"That's enough. You have already drunk enough," Lei Zhao said as he tried to take the glass from her hands. Yan Mei pushed his hands away as she gulped down the rest of her drink.

"You're supposed to accompany me to drink, not stop me," a confused frown marred her forehead.

An awkward silence fell between them. Lei Zhao said nothing as he stared at the woman sitting beside him. He knew she was hurting because he once had that look in his eyes. Suddenly he saw tears in her eyes. Lei Zhao raised his hand to wipe the tears that had fallen from her eyes.

"You… I'm not crying. Something fell into my eyes," Yan Mei said as she turned to look at Lei Zhao. "Only weak girls cry, and I'm not weak. I'm a beautiful, successful, and happy woman," she said.

Yan Mei erupted into laughter after she said this. It felt like she repeated a programmed message that she has embedded in her brain to keep herself stable. She poured more wine into her glass and raised it towards Lei Zhao.

"A toast… hmm — for being strong," without waiting for Lei Zhao's response, Yan Mei drank her wine in one gulp. She looked so broken, sad, and crushed that he felt his heartache for her.

Her shoulders slumped in defeat; he could see that she was a woman who had always acted like she was strong and would not give away the amount of pain buried inside her. But the withdrawn look in her eyes gave her away, telling an unconventional story.

Lei Zhao looked at the woman who was drunk and sighed out loud. He didn't even have time to ask her what her name is or where she stays.

He guessed that she would have to stay with him tonight. He called his friend to look after her as he went outside to call his driver. Just as he was about to enter the club again, he heard his phone ring. Looking at the caller ID, he groaned in annoyance. He knew his mother would complain to him about not bringing a wife home yet. Running a frustrated hand in his hair, he picked up the phone.

If Lei Zhao knew that picking up the call would make him miss his little temptress, he would have never picked it up.

Hello. Thank you for giving my book a chance I really appreciate it.

This is a story about a fallen Cinderella whose prince charming shattered her heart.

Now she has a second chance to fall in love. will she take that risk?

Join Yan Mei and Lei Zhao on their journey of love.

Edited by: GMae and Aineluz