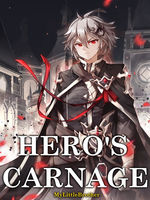 A black-haired young man in tattered clothes that looked to be in his late teenage years laid on his back beside a riverbank with a blank expression on his face, silently wondering to himself about the purpose of his own life.

His father died in a hit and run when he was only ten years old, and his mother died four years later from a burglary that had gone wrong. He also had a sister— an elder sister, but she also died shortly after whilst trying to clear a dungeon to provide for them.

All that was left in this world was his parents' house.

Unfortunately, as though the world hadn't had enough and wanted to mess with him even more, two individuals with inhuman powers fought each other in the middle of the night, destroying miles of property along with his parents' home, leaving him with literally nothing.

Ever since then, he stopped going to school and has been wandering the streets as a homeless teenager and a thief.

Of course, he tried to seek help from others at first, but the world ignored his cries for help simply because he was born without any abilities. Eventually, this young man who lost everything decided to give up, as he was afraid that even more things would be taken away from him if he tried.

It has been 2 long years since this young man became homeless, yet he has not once wondered why he continued to struggle in this pointless life.

However, after sitting by this riverbank and staring at the clear sky for an unknown amount of time, this young man finally began wondering why he'd been struggling for the last two years.

What was the purpose? What's keeping him from just giving up altogether? Why must he continue to struggle when it's clear that he wasn't needed or wanted in this world?

The young man pondered for a couple of hours until he suddenly mumbled in a low voice, "If there's really a God in this world, tell me, what should I do?"

A few moments later, as though God was giving him an answer, the space a dozen meters away from him suddenly began twisting in a spiraling motion.

Very quickly, a large and greyish portal in a circular shape appeared in that spot.

When the people in the surroundings saw this, one of them immediately began shouting in an excited tone, "I-It's a dungeon! A new dungeon has opened! Quick! Somebody call the authorities!"

While the people fumbled with their cellphones trying to call the authorities, the young man stood up and looked at the portal with a nonchalant look on his face.

A relieved smile appeared on the young man's face before he started approaching this portal.

When the people there noticed the young man approaching the portal, they shouted at him—

"Hey! What do you think you're doing?! That's a dungeon that has yet to be analyzed! You cannot go in there without permission!"

"Are you looking to die by going inside?!"

"Get back, kiddo! You'll definitely die if you get any closer!"

However, the young man ignored their warnings and continued to approach the portal until he was standing directly in front of it.

The young man stopped right before the portal, and he turned around to look at the people that were looking at him with surprised faces.

The young man then turned around and took a step forward, disappearing into the dungeon.

The instant the young man entered the portal, its greyish color began to change, turning into a pitch-black portal.

When the people saw this change, the color of their skin immediately paled, and their faces twisted with horror.

"Holy shit! It's a black portal! This is a Calamity-rank dungeon!"

"Impossible! There's no way that the authorities aren't already prepared for this! Why aren't they here yet?!"

"Why did a Calamity-rank dungeon have to appear here?! This city is doomed!"

Meanwhile, after entering the dungeon, the young man was teleported into this large building that resembled an ancient temple, yet there was nothing but clouds in the background, suggesting that it was hovering somewhere in the sky and surrounded by clouds.

The young man remained relatively calm and looked around in silence, expecting to see monsters nearby.

But it soon became evident to him that there were no monsters in this place.

He then noticed this long hall that led to another room, and at the end of this room, he could see a figure that resembled a person who was suspended in midair.

However, this 'person' looked too big to be human even from where the young man was standing, and he was at least a few hundred steps away. Furthermore, this figure appeared to be surrounded by chains.

The young man began walking through this hall, slowly approaching the person at the other side, and the closer he got to the figure the more apparent it was that this figure was restricted by these black chains.

Once he was halfway through the hall, it became clear that this figure was actually a woman— a very large woman in terms of size, as she appeared to be 10 times the size of a regular human.

This woman had a peerless figure and was wearing a revealing white dress that barely covered her pale skin, and it was just enough to cover her private areas.

Furthermore, she had long, silky black hair that flowed down her back while it glistened beautifully, almost like there were stars living inside her hair.

The young man had never seen a woman as beautiful as her in his life, and she was definitely what one would define as a 'goddess'.

Once the young man arrived in this room with the chained goddess, he proceeded to stare at her in silence, almost as though he was admiring her existence.

However, the young man snapped out of his daze when this chained goddess suddenly opened her eyelids, revealing the beautiful eyes that were sleeping within.

This goddess had a pair of unique eyes. Her right eye was golden whilst her left eye was crimson red, enchanting her already supreme beauty even further.

The goddess stared at the young man in silence before speaking in a clear voice, "What is a human like you doing here?"

"How did you get here?" she continued to question him.

After a moment of silence, the goddess spoke again, "What is your name?"

"Lucas," he responded in a calm voice.

"Look into my eyes, Lucas."

The young man named Lucas subconsciously followed her instructions and looked directly at her exotic eyes.

Suddenly, Lucas felt something enter his mind, and his memories began playing inside his head like a movie— a tragic movie about the miserable and unfortunate life of an innocent young boy who lost everything.

A few minutes later, the memories finally stopped appearing in his head.

"I see… The world also abandoned you..." The goddess began speaking again shortly after with a slight change in her tone.

Lucas did not know what to say, so he remained silent.

"You, who has lost his purpose in life after the world abandoned you, what do you desire?" The goddess suddenly asked him.

"I don't know," he quickly responded.

However, the goddess then said, "You may not know, but I, who have seen your everything, know how you think, what you feel, and what you desire."

"Hatred. Anger. Confusion. The feeling of being powerless. You despise the world that took everything from you."

The goddess revealed to Lucas his emotions that were hidden deep within his heart, and she continued, "What you desire is revenge— to take back what the world stole from you— your happiness. I can grant you the power that will help you fulfill your desire and give you true happiness."

"R-Really?" Lucas asked her in a trembling voice.

"I will give you power, but in exchange, you will have to do me a favor."

After a moment of silence, the goddess continued, "I want you to promise me that you'll return to this place in the future and get rid of these cursed chains that have taken away my freedom and happiness."

"In exchange for my powers, promise me that you'll free me from this place," she said.

"I promise," Lucas responded without any hesitation in his voice or asking any questions.

If he could really experience the happiness he felt before he lost everything, he would be willing to do anything.

The goddess showed a slight but enchanting smile on her face and said, "Come closer, Lucas."

Lucas nodded and approached her.

Once he was close enough, the goddess took a deep breath before spitting out something that flew directly at the spot between Lucas' brows before he could even react.

This unknown object then buried itself inside Lucas' head without harming him or leaving any scar.

A moment later, words began appearing in front of Lucas' view, and these words followed wherever his vision went.

{Plunder: Obtains the skill of whatever creature you kill.}

{Devastate: Obliterates whatever you touch if they are below level 10. Requires 50 mana to use.}

"T-This is… This is a Character Status? You made me into a Player?" Lucas was not unfamiliar with the phenomenon.

In this world, there are people— chosen ones who are born with superpowers that defend the world against portals and the otherworldly threats within them, and these people are known as Players.

Lucas was born as an ordinary human without any powers, so this was a great surprise to him, and as far as he was aware, one cannot obtain a Character Status unless they were born with superpowers.

Furthermore, he was given the power of a 'Hero', the highest rank a Player can obtain, something every person dreams of but only a handful of Players in this world are fortunate enough to have, and these Players are some of the most powerful people in the world.