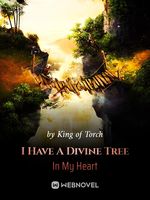 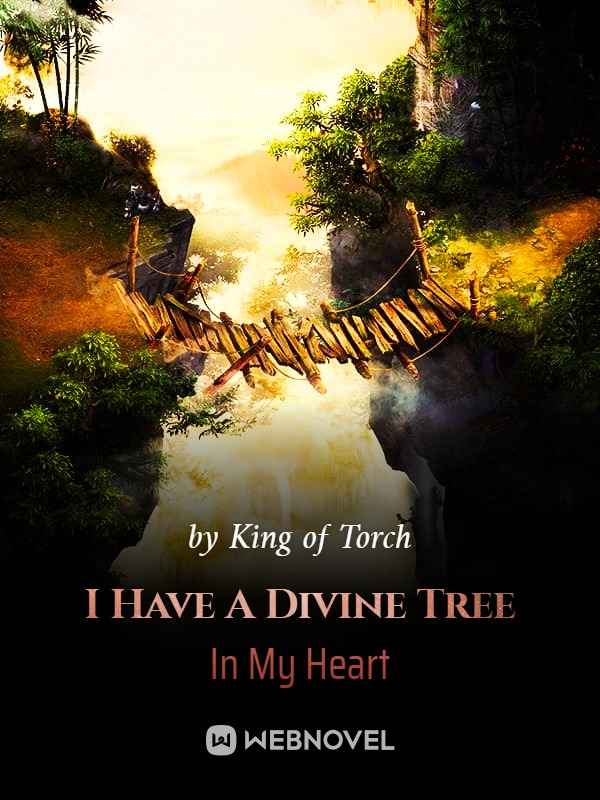 I Have A Divine Tree In My Heart

In the hot summer, the blazing sun scorched the earth, making all the living things exposed to the heat feel listless. In the sunlight, a stern scolding was heard in front of an ordinary residence.

"Hold your child's hand properly. Don't let him leave the city. Don't you know how dangerous it is outside the city?

"Planting trees outside the city? What was he thinking? Humph, he's lucky that our patrol team found him this time. Otherwise, what were you guys going to do if something happened to him?"

The person speaking was a middle-aged man. Upon seeing that the two sergeants' faces were covered in sweat, he quickly said, "Comrades, please come in for a drink."

"There's no need. We still have to patrol the area. We've already brought him back, so it's time for us to leave." Upon finishing their words, the two sergeants turned around and stepped out of the door. However, before leaving, they reminded the man worriedly, "Remember, you must not allow him to leave the city again unless he is as strong as a martial artist."

After the two sergeants left, the middle-aged man looked worriedly at the young man who had been brought back home. When he found no signs of injuries caused by beasts on his child, his expression became stern and he said, "Lin Yao, when did you become that daring? You actually ran out of the city! I'll beat you to death today!"

When he saw that he was about to be beaten, Lin Yao's calm expression changed.

"How dare you talk back! Remember this: You must not step out of the city gate."

Upon seeing his father angrily searching for a stick, Lin Yao could only look at his mother pleadingly. She had always doted on him, and he hoped that she could persuade his father. However, after turning around, Lin Yao discovered that this woman, who had spoiled him in the past, was helping his father look for a stick! Lin Yao realized that he could not escape from this beating after all.

"I was wrong… I will never leave the city again."

After a round of torture, Lin Yao lay on his bed with a hurting bottom.

While staring blankly in front of him, Lin Yao thought about his parents' anger. It might have been a bit reckless of him to leave the city, but he had no regrets.

'There are countless dangers outside the city. Although the sergeants and the battalion are constantly clearing the place, monsters still appear near the town. This is the reason for Father's rage, but I have to try no matter what.'

As Lin Yao thought about this, his mind jolted. He had already transferred his consciousness from his body to his Sea of ​Consciousness.

The separation and transferring process of his consciousness to the Sea of Consciousness was not something that a martial artist or equivalent person could achieve, but Lin Yao could do this effortlessly.

This was also related to Lin Yao's origin.

He did not belong in this world. He came from the Blue Planet, which was in a parallel universe, and was considered a transmigrator.

Most transmigrators had systems in their bodies. Lin Yao also possessed special abilities but did not know if that was considered a system.

'At the time, after paying, I seemingly chanced upon an icon related to tree planting and environmental protection. Impressed by the great work of The Ant Forest, I wanted to make a small contribution. Thus, I clicked on the interface to open it… That's when the tragedy occurred.'

Yes. The reason for Lin Yao's transmigration was The Ant Forest. After the transmigration, an image of a small tree sapling had appeared in his mind.

'Other people transmigrate into gaming worlds where they can kill people, earn points, and gain skills and attributes. But me? What can I do with a tree-planting ability? Be a gardener?'

At the time, Lin Yao had felt very helpless. However, this was something soul-bound so he had to study it carefully.

Unfortunately, that interface was too shabby. There was only a small sapling. Also, Lin Yao had rarely played The Ant Forest. In fact, he had merely accessed it a few times. Clicking on the icon on the day of the transmigration was also a spur-of-the-moment decision. There were many reasons why his exploration was not going that smoothly.

In the beginning, Lin Yao had wanted to adopt the ways of the world he came from, such as walking to save energy and grow the small tree in his Sea of ​​Consciousness. However, this plan had failed.

As for stealing energy, the soul-bound little tree did not have any good friends. Therefore, this was not feasible either. Following that, Lin Yao had thought of killing people and advancing levels, like how usual systems worked.

Of course, Lin Yao would not dare kill someone directly and had not had a chance to do that either. Therefore, he'd killed chickens.

'Many monsters in games are initially small, weak, and chicken-like. Although they are very inexperienced, this should make the small sapling grow.'

Lin Yao had even tried entering a slaughterhouse, spending some money, and killing some pigs. However, he still had not attained any energy. He had then realized that ordinary methods were totally useless.

Desperate, Lin Yao had thought of planting trees, as the ultimate goal of The Ant Forest was to plant trees in the desert. He had been prepared to plant trees to see if he could obtain any energy, but he had skipped the desert part of the plan.

Thus, he'd planted a small tree in the park. However, this had not worked either.

After various similar attempts, Lin Yao had felt hopeless. If this was a normal world, he would probably abandon this useless tree-planting system and take another path. Anyway, Lin Yao was not completely useless. He could still survive without a system.

However, this world was unusual. Lin Yao had acquired some memories during the integration process. The development of this world in its early days had been similar to the Blue Planet's, but the Spirit Energy Revival had changed everything. More than 10 years had passed since the revival. The Spirit Energy Revival had not only brought new possibilities for mankind but also countless monsters. Even now, the world was still shrouded in danger.

Of course, if that was all, Lin Yao would not have been that driven to plant trees outside the city. He would have known that danger was involved even if the two sergeants and his father had not told him. However, an incident three days ago had motivated Lin Yao to do this.

That day, Lin Yao had been horrified to discover that a medium-sized city only 500 kilometers away had been attacked and conquered by monsters.

Although the human army had managed to repossess the town afterward, those few days of defeat had resulted in a death toll of more than 500,000 in the city.

500 kilometers and 500,000 people—these two numbers had affected Lin Yao greatly. They'd made him realize that it was going to be difficult to lead a safe life in this world. Danger was everywhere, and becoming strong and powerful was the only way he could protect his family and himself.

However, although he was not a useless man in this world, he was merely a mediocre person. Like an ordinary man, he could only learn martial arts, graduate, and then conform to the norms.

He was safe and sound when everything was fine. However, if the city defense were to fail, only one thing would await him—despair.

'I will not leave my life up to luck.'

Therefore, in order to activate the sapling in his mind, he had ventured out of the city in hopes of gaining something by planting trees.

Unfortunately, after planting trees outside the city and entering his Sea of Consciousness again, Lin Yao was troubled to discover that the small sapling had remained unchanged.

The space in Lin Yao's Sea of Consciousness was not small. In the middle of it, a small green sapling was growing, surrounded by a thick gray mist. There was an open space between the mist and the sapling. Unfortunately, although Lin Yao had tried many times, he could not use this open space for storage purposes, as it seemed to be formed by his soul and consciousness.

'Should I try planting trees in the desert next? But most of the deserts have already become restricted areas. How am I going to enter?!'