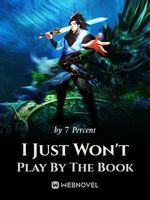 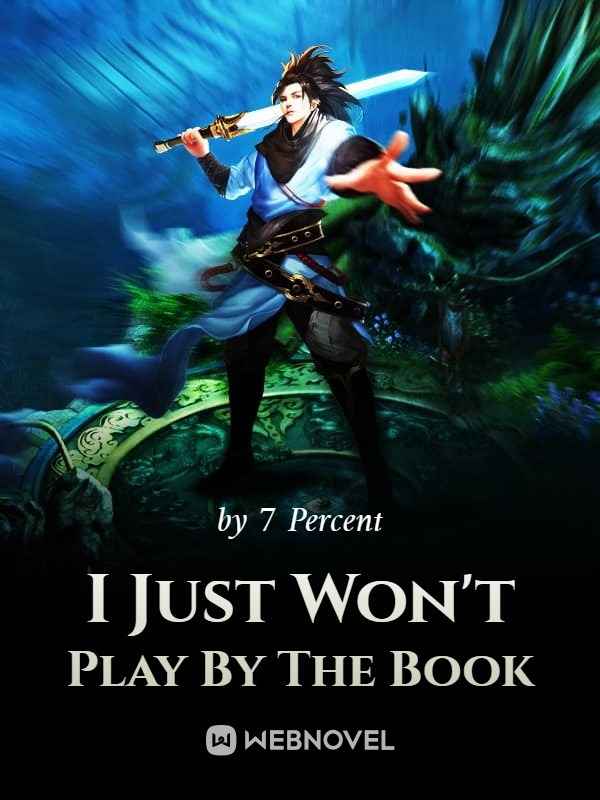 I Just Won't Play by the Book

The scorching sun was high in the sky, and waves of heat hit one after another.

On a trail in the mountains, two girls shared a green oil-paper umbrella as they walked side by side.

The girl holding the umbrella on the left had skin as pale as snow and dark hair. She was slim and tall, her posture graceful. The girl on the right, who was giggling from time to time, had a face like a silver plate. Her eyes were like almonds swimming in water. Despite not having makeup on, her lips were red and her eyebrows naturally dark.

They were such a pretty sight to behold that the young disciples around them, who were initially in a hurry to go and practice their craft, couldn't help but stop in their tracks to take a few more glances.

"Sister Zijin, didn't Brother Kong agree to accompany us to descend the mountain for our trial? Why must we come all the way to the Order of Blue Heart to seek out an Iron Seal? Wouldn't other people laugh at us, the Order of Water Mirror, for having limited human capital if word gets out?" the one girl asked.

The girl in the purple shirt, whom the other girl referred to as Sister Zijin, shook her head slightly. "It's our first time descending the mountain for a trial. Everything must be foolproof. Brother Kong is indeed very capable, but he spends most of his time practicing his craft in the sect and rarely descends the mountain. Furthermore, he has only served as an Iron Seal for a handful of times. However, just being capable may not suffice for resolving the many issues faced after we descend the mountain."

"Oh!" The girl in the green shirt nodded after listening. "Then is the Iron Seal we are going to seek out in the Order of Blue Heart very experienced?" she asked.

"As for that, don't ask questions. You just have to believe in me," Sister Zijin said.

"Fine. I believe that nothing can go wrong as long as I listen to you, Sister Zijin," the girl in the green shirt said.

"Eh, d*mn. Someone must have been complimenting my handsome looks behind my back. I wonder who it is."

Jiang Beiran rubbed his nose and continued walking forward along the gravel road. When he reached the junction, a commotion suddenly broke out in front.

"Hey! Do you really intend to just walk away like that after bumping into me?" one voice said.

"I'm so sorry, Brother. I was thinking about the internal cultivation method that the master has tested us on this morning, and I wasn't paying attention," someone responded.

"To me, it looks like you have deliberately bumped into me! Tell me, how do you intend to compensate for my loss?"

Jiang Beiran looked up and saw a tall, burly disciple in his Qi Refining Period acting aggressively. He kept on pushing a junior disciple around. The latter clearly had just joined the sect not long ago.

At the same time, four options appeared in front of Jiang Beiran.

[Option One: Approach them, reprimand the mean senior disciple, and teach him the importance of treating his juniors well. Reward for completion: Hunyuan Cultivation Technique (Black Grade Middle Tier)]

[Option Two: Approach them, pull the junior disciple to your side, and say to the mean senior disciple, "How much money do you want? I will pay you for him." Reward for completion: Thunder Dart (Yellow Grade Middle Tier)]

'Not bad. I can get a Black Grade cultivation technique just by reprimanding a mean senior disciple who has just entered his Qi Refining Period. That's a really good reward,' Jiang Beiran thought to himself.

'Option Three is not bad, either. I just need to hide in the crowd and shout that Master Lin is here to get a treasure of Yellow Grade Low Tier. The value for the cost is... really high!

'Mhmm... Option Two is okay as well. I've heard Martial Uncle Xu talk about this Thunder Dart before. It can harvest a life from more than 800 miles away. It is definitely a great murder weapon!

'Nice. All the options are great, so I choose... Option Four.'

After making his choice, Jiang Beiran walked by without sparing a glance for the duo. At the same time, a voice that he couldn't be more familiar with rang out by his ear.

'Strength again? This is the sixth consecutive time. Why is it as if I have eaten some hormonal pills...?'

Complaining with a one-liner, Jiang Beiran continued up the stairs and reached the shores of a small lake.

'Mhmm! It's comfortable here,' he thought.

Feeling the breeze blowing against his face, Jiang Beiran sat on the stone steps beside the lake and closed his eyes in satisfaction.

Just as he was enjoying the breeze that smelled a bit like lake water, he suddenly heard intermittent sobbing coming from beside him.

He opened his eyes and looked. He saw a female junior disciple. She had clearly had just joined the sect recently and was rubbing her teary eyes by the lake, hugging her own legs. The expression on her pretty face showed that she felt wronged.

At the same time, three options appeared in front of Jiang Beiran.

[Option One: Take out the Mozi Shortbread in your pocket and hand it to the female junior disciple. Reward for completion: Exquisite Ruler of Eight Treasures (Black Grade High Tier)]

[Option Two: Softly ask the female junior disciple about the matters that have transpired. Reward for completion: Tier 6 Heat-clearing Pill]

'D*mn!? What kind of demoness is she? The reward for just handing her some pastry is a Black Grade High Tier weapon!?' Jiang Beiran thought to himself.

The alarmed Jiang Beiran hurriedly chose Option Three. He then got up, turned, and left. Moreover, he walked at an increasingly fast pace, and finally felt relieved when he was far away from the lake.

He breathed a sigh of relief. The alert had been lifted. Jiang Beiran continued walking along his usual route and walked in a big circle around the mountain. He triggered a total of seven Chosen Quests in the end. He received Strength+2, Physique+1, Music Playing+1, Alchemy+1, Formations+1, and Poisonous Magic+1, respectively.

'Today is another peaceful day in the Sect of Returning Hearts.'

Lamenting internally, Jiang Beiran, who had received plenty of rewards, slowly walked into the canteen. He ordered his favorite Emerald and White Jade Set Meal, which consisted of cabbage and tofu, then randomly found a place to sit.

A bite of steamed roll, a bite of cabbage, and the occasional drops of sesame oil. Jiang Beiran munched on happily.

"Eh, have you heard about it? Brother Luo Bei from the Order of True Martial Arts was badly wounded yesterday. Order Master Song even asked Master Bu from the Order of Clear Heart to go over in the middle of the night."

"Brother Luo Bei!? I heard that he has already perfected his Knife Technique of Wind Breaking. Why would he still be wounded so badly? Did he run into some powerful fighters from the demonic cult?"

"No. I heard that Brother Luo Bei was wounded badly while he was in the Order of True Martial Arts."

"Eh!? An inside job!? Then doesn't it mean that someone within the order did...?"

Hearing the quiet discussion between the two disciples at the neighboring table, Jiang Beiran shook his head and couldn't help but lament internally, 'Men are naturally jealous of successful people!"

Stuffing the last bit of steamed roll into his mouth, Jiang Beiran wiped his mouth, cleared his tray, and left the canteen.

'Where should I go this afternoon? I'm getting tired of always going to Mount Xiaoxiong,' he thought.

Just as Jiang Beiran stood lost in thought at the entrance of the canteen, a voice that he was very familiar with rang out from nearby.

"What a coincidence to run into you. I've just come back." Lu Bogui smiled and waved at Jiang Beiran. "Have you eaten?" he asked.

"Accompany me and eat some more?" Lu Bogui asked.

They returned to the canteen. Lu Bogui ordered a jug of Wine of Cold Springtime and a big platter of beef. He picked a table by the window and sat down with Jiang Beiran.

"Brother, you've been gone adventuring for so long. Is it that you've run into some trouble?" Jiang Beiran asked curiously as he took the cup of Wine of Cold Springtime that Lu Bogui had poured for him.

"Yup. I did run into some small trouble. The Rivernorth area has broken out in war again."

"Another war?" Jiang Beiran's hand, which was holding the wine cup, paused mid-motion. "I wonder how many forces will be involved in it this time."

Pouring another cup for himself, Lu Bogui looked at Jiang Beiran and laughed. "You need not worry about the masses first. What about yourself? Have you found a mentor?"