Chapter 1:Why me? - I reincarnated into the Marvel Universe - Chapter 1 by Mohammed_Jawad full book limited free 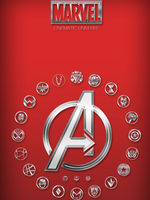 I reincarnated into the Marvel Universe

My life was horrible I had parents who only gave birth to me just to save their marriage they were workaholics who didn't even care about their own son who suffered extreme depression and child neglect.I was bullied all my life and was ignored by those who I thought loved me.I had nothing and I was nothing the only thing I had that kept me from crying myself to sleep was reading comics about heroes who risked their lives to save those who weren't able to protect themselves.

I envied them because at the end of the day they were loved by everyone and looked up to as role models.I dreamed of becoming a hero myself and I would always follow the rule"with great power comes great responsibility's".I drowned myself in comics trying to escape the real world and by the time I realized it I had died from extreme stress and exhaustion that my body faced.I knew no one would care about my death and I would just be a long forgotten memory until out of the bright light came a loud voice that I heard it was familiar and that voice yelled out"EXCELSIOR".

Out of the light came an old man with big glasses and I knew who exactly he was my facial expression showed something I hadn't done in years it was a bright smile and I yelled out STAN LEE!!.I ran up to him and gave him a hug with tears coming down my face I know that I never knew him personally but he was a major impact on my life he showed me that not all things in the world were dark and with his comics he showed me the light.

"Hey kid it's nice to see you too,listen kid I know your life wasn't all that great and you've seen some bad things but the big man upstairs decided to do me a favor since he owed me.I watched everything that happened in your life and I just wanted to say I'm sorry son,life is made up of many beautiful things and people but instead you saw the opposite and experienced something that no one should.

So after a while of convincing the big man decided to let you reincarnate into any world of your choosing and I know what world your already thinking of"Stan Lee said with a big smile on his face but behind that smile I saw sadness because he saw everything I went through."Okay I want to reincarnate into the world you created I want to live my life in the Marvel Universe as a hero who helps others just like the heroes you made sir".

"That's the spirit kid also I decided to add in a little something as a gift and Stan pulled out a comic that I've never seen before and I've read many of his comics and showed me it this was the first hero I ever made but I didn't publish it his name was Paradox he had the ability to manipulate time he could freeze time and fast forward through time or rewind it he even was even able to do it with objects.

I want you to do this old man a favor and become this hero and go out there and save people while enjoying your youth.If you don't want it than I could just but before he was able to finish I cut him off saying"I'll do it I'll become Paradox and be the hero you want me to become I'll save as many people I can with this power and never use it for evil I'll live by everything you taught me through your comics".

"But before I go I want to ask you something sir why me? out of everyone in the world why did you decide to pick me a nobody" I said confused."No one is ever a nobody kid To me,writing is fun it doesn't matter what your Writing as long as you can tell a story that people love and feel inspired by I saw that in you kid you loved my comics because of the beauty and inspiration it had that's why I chose you kid now go out there and become the hero you've dreamed about becoming".

Stan Lee than snapped his fingers and my body began to fade."Remember kid I'll be watching you now go make me proud and remember with great power comes great responsibility Excelsior now go up and beyond".After I faded away I someone walked up next to Stan and a deep voice said"do you think he'll make it and become the hero you think he'll become".Stan replied with a chuckle and said"You bet I do I see myself in that kid when I was younger he has the eyes of someone who wants to make a difference but sadly wasn't able to but now let him live his life like a dream".Stan than also faded away with the figure still standing there.