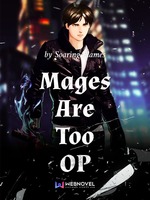 Mages Are Too OP

It was a ceiling that he had never seen before.

After Roland opened his eyes, he saw an enormous statue of a woman above his head. The statue was made of black rock, with vague greenness flowing on the surface. But when he observed it more carefully, the greenness was gone.

Roland sat up and found himself on a blue stone platform that seemed like a ritual table for sacrifices in the medieval age. It was cold and rough.

There was a unique fragrance in the air. He looked around and saw strange grasses burning below the statue of the goddess not far away behind him. The grasses seemed to be wormwood, albeit with more teeth at the edge.

He could smell and even feel? Roland touched the ritual table again, sensing its roughness and coldness. He then sniffed hard. This time, he smelled both the strange fragrance of the grasses and the bitter scent of the stone building itself.

Am I really not hypnotized, but in an immersive game? It feels so real… Roland looked at his hands. They were fair and slim, as expected of the hands of a spellcaster.

He pinched his arm. There was pain… but not too obvious. It came as no surprise. After all, before he entered the game, he had read the official announcement which stated that the pain in the game was only one-tenth of that in reality.

Roland rose from the platform. He looked around and realized that he was in a building made of rocks. There was a goddess statue, a ritual table, and several rows of chairs up ahead. Judging from the arrangement, it was likely to be a chapel.

Jumping from the ritual table, Roland observed his body. He was wearing gray and brown clothes made of linen, which was not exactly comfortable. His shoes were ugly and thin. He could feel the cold stone below his feet as he stepped on the ground.

It's very real… Roland sighed and touched the ritual table. The stones felt so real. The granules on their surface were identical to reality. He did not expect the game to be a legitimate immersive game exactly as Penguin Corporation claimed, not a VR counterfeit that intended to fool people's money.

When was such great technology developed? And how could it have been developed by Penguin Corporation? Roland sighed with mixed feelings. The immersive cabin that he bought with fifty thousand bucks was definitely worth it.

He was about to observe the environment some more and adapt himself to his new body, when the ragged door of the chapel opened.

While the door was still creaking, a hunched old man walked in. His eyebrows were long and white and dangled to his slender cheeks. His eyelids were so loose that they almost covered his eyes. He was wearing a long white robe that had a symbol of a tree at the center.

The old man was surprised to see Roland at first, but then he relaxed.

The change in his expression, both the movement of his facial muscles and his eyes, was exactly like that of a real person, instead of an NPC in the game.

In the VR games that Roland had played, facial changes had always been a flaw in NPC behavior no matter how real the NPCs seemed to be. Even though NPCs' expressions were abundant thanks to motion capture, one would inevitably feel horrible when they changed their expressions.

But right now, Roland felt that he had met a real person… Was the newcomer another player?

He dropped the idea very soon. He was among the first batch to join the game. It was impossible for a player to become a reverend so quickly. Also, more importantly, players all appeared as young human beings in the game, and what Roland saw was a withering old man.

However, the old man was too real. Roland felt that he was a real person even though he did not talk and was only staring at Roland.

His eyes, his stance, his blinking eyes, his moles, his dry and yellow skin… He could even see that the old man's temples were vaguely throbbing because of the flow of blood.

Roland was not involved in the game industry, but he had played a lot of games, including Pac-Man at the beginning and the exquisite VR games right now. Even though the games today could make NPCs look vivid, they still lacked the critical essence, which was the soul!

Yet, the old man gave the feeling that he was a living person with a soul, instead of an NPC built with cold data inside a human skin, when he was doing nothing but standing.

Is this a guiding NPC? The official website did not mention anything about a guiding NPC… Confused, Roland asked, "Hello, mister. What is this place?"

The old man was stunned for a while. Then, he waved his hand and spoke in a language that Roland had never heard.

Even though he could not understand, Roland had inferred from the old man's countenance that he was expressing his inability to understand Roland.

Shoot! Roland cursed the producer of this game for their pursuit of perfection. Had they set up different languages for the NPCs in this world? If the introduction on the official website was to be believed, there were dozens of countries and races in this game world. If every country and every race had their own language, how much work would have to be done?

If it was true, Bli**ard and Ub*soft would be nothing but kindergarteners in front of Penguin Corporation.

Though dissatisfied, Roland had a solution. He remembered that he had pre-learned Language Proficiency, a level-two spell, when he created the character in the game.

In many of the sandbox games he played, although everybody used the same language, the players of different countries or sides would hear and see random words if they did not know each other's language thanks to the setting of the games.

Roland felt lucky that he had abundant game experience. He summoned the system in his mind. He was clumsy at first. After all, an immersive game was different from a VR game. But soon, he got the hang of it and found Skills on Magic Book. Then, he locked on Language Proficiency.

A strange chart popped up in front of his eyes, with a lot of blue nodes on it.

A blue node that seemed to be the starting point glittered and shot a streak of redness to another node in the blink of an eye.

Is this a spellcasting chart?

While Roland considered the possibility, the red link between the two nodes suddenly began to tremble. Then, it trembled harder and harder, and Roland felt a stronger and stronger headache.

Roland had played games for twenty years, but it was the first time he played an immersive one. He had no experience and did not know how to deal with the situation.

Several seconds later, the red link finally broke apart in the violent quakes. Before that, the pain in Roland's head was already insufferable, as if needles had been stuck inside.

The moment the red link broke apart, Roland's consciousness was ejected out of his body in the game. Then, he discovered, to his surprise, that his game character's head exploded.

Roland's consciousness stood next to the corpse as a transparent soul. He was so surprised that he froze and did not know how to react.

The old man's hair, face, and clothes were covered with blood. He opened his mouth that had few teeth left, stunned.