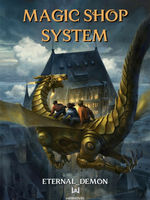 Wind howled and water gurgled and trees rustled. The scorching sun had climbed on the apex, and the Tonton river flew with a rumbling noise; the trees fluttered with every passing gust of wind, and birds twittered pleasantly, fluttering their beautiful wings.

A panicked shout jolted Ranulf to his consciousness, and pain throbbed inside his head. He clenched his braincase reflexively, as he tried to fight the excruciation that almost tore his head from inside.

"Argh," he groaned in agony and opened his large, beautiful blue eyes in confusion. The dazzling brilliance blinded and forced him to shut his oceanic eyes—only after blinking and adjusting his sight, the surrounding became clear, as he laid on the ground, drenched in water and covered in dirt.

The first thing that fell in his eyes was the blue sky, vast and dignified. The second was the face of someone—though obscured due to the blazing sun behind that unknown face. The sunrays had been blocked by the body as if protecting him from the harsh and scorching heat. His body laid at the bank of the river and his clothes damp and dirty.

"Brother, are you alright!?" He heard the same panicked shout he did before, and it belonged to a girl. Though he did not recognise the voice.

'But why is she calling me brother? I don't have any sister, or do I have a secret sister?' he thought, but then shook his head inwardly, denying the possibility. The idea was too absurd. His father had no courage to cheat on his mother.

Ranulf focused his gaze in front of him as the face cleared, revealing a beautiful girl with black locks and snow-white skin and blue eyes shining like two precious gems. Her face filled with worry and her hands grabbing Ranulf's arm tightly, shaking and twisting it. Her smooth white face drenched in sweat as the sun pressed upon her shoulders. From time to time she wiped the sweat from her temples with a white handkerchief.

"Are you alright, brother?" still not caring about the burning sun, she continued to call him brother. "Why are you reckless? What would I do if something had happened to you? What would mother and father do?" her voice filled with worry and care.

Hearing this girl's words, Ranulf's confusion deepened, and confusion turned into shock, and shock made his expression a little sluggish. She spoke a completely unfamiliar language to him, but he could understand every single word—when he was about to speak, the pain burst into his head once more. Hammering and clattering inside his brain like thunder.

"Argh!" he grabbed his skull in between his hands, trying to fight the pain in his scalp—as the pain alleviated, a rush of information tugged its way through his brain. It was a memory of someone called Kadyn—a boy with a miserable life and with no achievement—there were four people in his family, mother, father, and a cute little sister. And he loved his sister very much. Though he needed her to protect himself from bullies every so often.

In the world the boy lived, called Pengolla—full of magic and magical beasts, unique races and wars, demons and cruel creatures of all kinds. There wasn't anything such as science in this world. All the technology they had, was based on magic—

Kadyn awakened a summoning element at ten when he was in elementary school. Hope filled him as he wished for a glorious future, working hard on every passing day. But as he practised magic, his dreams shattered, and hope lost, and despair filled his small, innocent heart. He couldn't awaken a single Magic Star after working hard for the entire six months. His classmates walked further and further out of his grasp—so far, he could never hope to catch. The difference between him and them became crystal clear.

As for his death—he was fishing and his leg slipped, drowning to death, as he could not swim. He remembered there was another fisher, not far away. It must be that guy who tried to save him and informed his sister.

Ranulf snapped open his eyes and looked at the girl in surprise and astonishment—he even forgot the pain due to the deep impact of information he just received. He couldn't believe that he had transmigrated into someone else's body and arrived in an unfamiliar world beyond his imagination.

He remembered he was grieving when he heard that his childhood friend and love of his life was in a relationship with a senior of their school. The most miserable thing was that the girl herself introduced him while holding the hand of that bastard, breaking his heart into millions of pieces.

He lost control over his emotions when the arrogant senior insulted him, and when his childhood friend laughed along with others after her lover's humiliation. He fought with that shit, and the senior wounded his head with a hockey stick.

He still vividly remembered, after hurting him, everyone, including his childhood friend he loved, ran away in fear. He fell on to the ground, dizzy, wounded, helpless in his own pool of blood. No one came to help as his consciousness faded slowly and painfully.

'So I died?' he chuckled self mockingly. There was a pain on his face, not the pain of dying, but he felt betrayed. She did not even call the ambulance for the fear that she might get into trouble.

"That b*stard, Fenon. He bullied brother, that's why he came here to get some peace. How dare he act so arrogantly! He thinks he can do anything just because his family is rich!"

Ranulf gazed at the grumbling girl, who was not over sixteen years old in front of him, and felt a warmth that he felt only from his parents. He remembered his mother and father. 'I hope they are alright.' He sighed, thinking about their dazzling smiles.

He opened his mouth and tried to speak the strange language. "Do…don't wo...worry, I am alright." He struggled and stammered somewhat to speak. But with some time and practice, he could become fluent as natives of this world.

"You… are you really alright?" she asked once more in concern.

Ranulf… err… Kadyn stood from the ground, winced and grimaced in pain, but ignored and wiped the dirt from his clothes. Then he looked at his little sister tenderly. "Don't worry, your brother isn't that weak." He patted her head and said, "let's go home."

God, or whoever that was, gave him a second chance to live, and he won't waste it due to the useless memories of the past.

[Host needs to find a shop in twenty-four hours, or your soul will dissipate before it can assimilate with the body...]

Hello Readers, I would suggest you read at least 10 chapters before assuming anything about the story. And if you like the story please add it to your library and vote to motivate me, so I could write more!