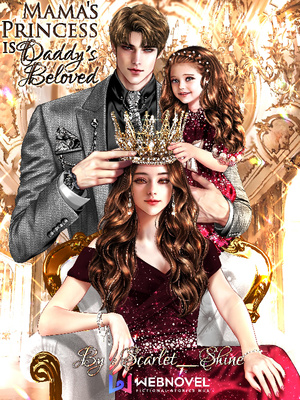 The sweet smell of chocolate flavors was mixed with the morning air of freshness. A lady in a beautiful perfect figure was standing in her kitchen while flipping the chocolate pancakes on the pan.

Her hair was put up in a simple braid with several strands of hair coming out beautifully from both sides. She was too young to look so maturely gorgeous. With the way her apron was tugged in front of her, she looked more and more perfect to be a loving housewife of some sweet home.

Her smile was clearly stating how beautiful her life has become now , as if she hasn't had any reason to regret her life.

Gazing at the pancakes she felt satisfied as she quickly plated it on two plates and drizzled some good amount of chocolate sauce over it.

She undid her apron and took one last look at her pancakes which was made on a special demand today. But suddenly a loud scream was heard from inside which  changed the woman's expression drastically. Her face showed a sense of worry as she rushed inside to the particular room from where the scream had come.

When she got inside, she wanted to laugh out loud. She was seeing a white ghost wandering on the bed as if it was lost. "Ahhhh! I am in the world of darkness. Someone please save….save me pleaseee", it screamed out loud again.

The woman took her steps towards her little angel who had planned to become a small ghostess today. She has draped the duvet over herself and was screaming into the darkness she has enclosed herself with.

"Yes! I caught a white ghost today", the woman said as she hugged the little body that was still draped.

"No, No, you got it wrong Mama! I am not a ghost but an angel that has been trapped in this darkness. Help this baby angel to get back to the light", the cute little voice said from within the cover.

"Oh is that so? But why should I believe a little devil ghost?" the woman asked, still hugging the little body tight in her embrace. She was more like a huggable teddy bear who is better than any soft toy in this world.

"But I am not a little devil ghost. I am an angel ghost. No, no I am just an angel not even a ghost", the little voice was too soothing to the ears, just like an early blissful melody making the day more beautiful.

"If you are an angel then why do you need others to fight to bring you back to the light? You already have it inside yourself" she said as she lifted up the cover from the small body revealing the most adorable face in this whole world.

The small angel's hair wasn't very long but it reached till her shoulders. The hair constitution and colour was similar to the woman, same soft wavy chocolate brown in color. A beautiful headband braid was done that was really giving her a look of an angelic princess.

"I know I have to depend on myself, Mama. But you also said I can always depend on you as you are my family, so I thought it would be fine to ask for your help. Were your words from before false? I shouldn't depend on my Mama?" the little girl asked as she pinched the cheeks of her mother as she wasn't the child there but her Mother was.

The woman narrowed her eyes on the daughter, "You little devilic angel. You will always have a reason to prove yourself correct. From where did you learn such reasons to reason out? Huh?"

"Ummm….I don't have a clear idea but my Mama says that I am very intelligent for my age just like her. I can only blame her  since I am like her", the little girl said and hugged her mother tightly wrapping her arms around the neck of the woman.

The woman could only shake her head at her daughter's words. She was really intelligent to begin with but was it really her genes that made her so intelligent. She herself doesn't know the answer.

"Okay fine, I am here to blame since I am the one who gave birth to such a little devilic angel. Now come, the breakfast is ready as per your wishes. It's your favorite chocolate pancakes, but remember Li Wei you have to be good in your school. Don't try the teacher's patience with your unanswerable questions. Be good alright?", she asked as she knew how troublesome her daughter can get when she gets in her mood.

She carried her daughter in her arms towards the dining room.

The little girl nodded her head profusely like she understood each and every word of her mother and is genuinely going to obey it.

The woman, Li Xue could only nudge her daughter's nose seeing her obedience. "Okay now let's have the delicious pancakes first" she said as she placed her daughter on the baby raised chair and got on other side to sit on her chair.

"Mama, are we going somewhere else?" the little girl asked as she looked at her mother with her twinkling eyes.

"Why, do you not like it here?", Li Xue asked when she saw the expectant eyes of her daughter. She knew little ones often get bored living at the same place for a long time. But her job as a dessert chef only allowed her with limited holidays which was not enough to plan a vacation with her daughter.

"Ummm it's not like I am bored but I heard Uncle Jin saying that Jingling city is a beautiful place to live in", the little girl said as she took a big piece of pancake in her mouth.

Several memories were brought back to her mind by just mentioning a single name. That was the place that made her fear the crowd. The place that gave her the wound that was still unhealed even after five long years.

If you find any grammatical errors the , please ignore it as this chapter is yet to be edited.

This story is something I have thought months ago, and luckily this time the contest offered a topic with similar thing. So I gave it a try.

Please leave your views on the comment and also vote for this story if you liked it!!