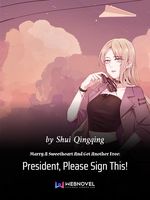 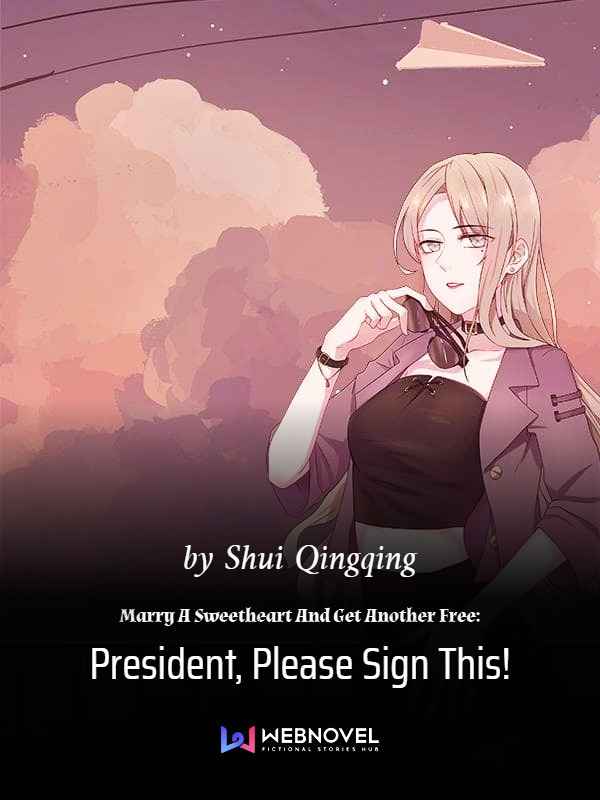 Marry A Sweetheart And Get Another Free: President, Please Sign This!

On the other hand, the groom was the eldest son of the richest and most powerful family in City T, the Mu family. At first, he was supposed to be her brother-in-law.

Her father, Luo Anguo, pushed the door open and entered the room. He closed the door anxiously before walking over to her. "How's everything? Are you ready?"

Luo Chenxi answered with a grunt.

"Speak to me! Why are you answering me like that, huh? Have you memorized all your sister's details by heart?"

"Yes, I've memorized it all by heart."

Luo Anguo appeared to be obviously relieved. "Very well then, very well. You're truly my good daughter. From today onwards, you're going to assume your sister's identity and be part of the Mu family. Don't ever reveal any flaws, okay? Our Luo family is depending on you!"

Luo Chenxi could not refrain herself from rolling her eyes sarcastically. How dare Luo Anguo feign his role as a loving father? He was really shameless!

She had grown up in an orphanage all her life and just learned that she was the eldest daughter of the Luo family half a month ago. To her joy, she presumed that Luo Anguo looked for her based on his conscience.

However, after just a few days of joining them, she learned that it was all a pretense for a hidden intention! They told her that she was going to marry someone in the place of her older stepsister, Luo Chenxin, who had passed away in an accident.

It actually sounded strange. Luo Chenxin was supposed to be her stepsister from another mother, but looking at the photos Luo Anguo showed her, both of them looked exactly alike!

"The Mu family is the richest and most powerful family in Huaxia. Your sister spent a lot of time and attention to get Young Master Mu to marry her. It's to your benefit now that you can become the young mistress of the Mu House."

Luo Chenxi could not suppress her emotions anymore upon hearing this. She laughed scornfully. "Chief Luo, stop being such a hypocrite! Ever since Luo Chenxi became engaged to Young Master Mu, how much benefits have you gained from the Mu family? Now, Luo Chenxin isn't around, but you're not in a rush to mourn her passing. Instead, you're forcing me to take her place to marry into Mu family. You're just unwilling to give up the superior status of the Mu family! Why bother to frame your words so politely then?"

Luo Anguo could not put up a show anymore, so he pulled a long face as well. "Alright, since you understand this so well, I'll just be frank! It's best for you to stay in the Mu family obediently. Watch your words and deeds. You can't let anyone suspect your identity. However, if anything were to happen, I won't pay for the medical expenses of that woman named Lu Wenjun anymore. Do you understand?"

Her foster mother's heart problem had been caused by a fit of anger when Luo Anguo forced her to get married in the place of her sister!

Lu Wenjun loved her daughter very much. As a result, she was so infuriated that it triggered a heart problem. She was sent into the intensive care unit immediately and was so ill that a critically ill warning was even issued!

On the other hand, Luo Anguo did not feel guilty for causing that. On the contrary, he used the large sum of money he paid for Lu Wenjun's emergency treatment and follow-up charges to threaten Lu Chenxi into marrying someone else.

Luo Chenxi had no other choice but to agree to his terms.

Luo Anguo's gaze swept past her coldly. Had it not been because of his Chenxin's passing, he would never have looked for this useless daughter. Rumor had it that this daughter of his had even given birth to a child four years ago!

He shook his head. Fortunately, the child had already died. This matter should remain a secret and no one was allowed to find out!

The next day, Luo Chenxi packed up and was about to be sent over to the Mus.

Luo Anguo brought two glasses of red wine from downstairs and passed a glass to her. With the other glass in his hand, he said, "I wish you a happy marriage! Young Master Mu is about to come up soon. Look at you. You're so nervous. Come, have a glass of red wine to calm yourself."

"Don't worry, Chief Luo. I won't disappoint you," Luo Chenxi said coldly as she took the wine glass and downed it in one gulp.

However, she failed to notice the unusual look that flashed in Luo Anguo's eyes for an instant when she tilted her head to drink the wine.