No Matter How Long Time Passes, I Still Love You - Contemporary Romance

/ Contemporary Romance / No Matter How Long Time Passes, I Still Love You 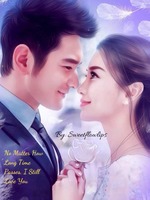 No Matter How Long Time Passes, I Still Love You ILY

A game of "Let's Switch" changed the fate of three youths.

Tian Yuo (Age 6): "Nobody will notice, especially her! I don't want to play with her."

Chen Mu frowned from his behavior, "But she is your future fiance. You're meeting her for the first time anyways."

Tian Yuo: "Come on, let's switch for the day. Sometimes even our mothers can't figure us out because we swapped our clothes and accessories! Please...I'm going to tell my mom that I don't want to marry her anyways."

Tian Yuo: "Didn't you hate hanging out with Chu Yao? I'll help you avoid her for this whole school semester if you switch with me."

Tian Yuo: "I don't want to marry Yin Susu. I don't love her, and she will never be my bride."

He shouted out loud in front of his parents, Yin Zin Leung (Susu's father), and Karen (Susu's step sister). Before leaving the room, he grabbed Karen's hand and looked back with a sharp glare towards Susu, "I will only have one wife and she's Karen."

Karen handed Susu a glass of wine, "Sis, please forgive me. Bro Yuo and I really love each other. I'll drink this glass of wine as an apology. It's my engagement night, so I hope you could give us your blessing."

Susu felt tightness in her chest as she chugged the glass of wine in her hands down her throat. She didn't notice the smirk on Karen's face while she was swallowing the wine.

Feeling ill, Susu went upstairs to escape the loudness that gave her a headache. She leaned against the wall and sloppily entered a guest room. Once entered, she stripped naked from feeling the heat in the room.

The next morning, she woke up to find Tian Yuo sleeping naked next to her. Her face turned pale as she felt cramps on her lower abdomen when she moved. A noticeable blood stain was on the bed...

The guest room door swung open and Karen shockingly stood by the door. Her loud gasp and unsettled tone rung Susu and Tian Yuo's ears, "Sis! Bro Yuo!! How could you two do this to me?"

Tian Yuo immediately sat up and caught a glimpse of what had happened. Quickly he refuted any accusations that were thrown at him, "It's not like that! I didn't! Karen, it was her! She drugged me! I drank the wine that was from her and then I woke up just now!!"

He angrily looked to his left and growled, "Yin Susu! I never thought you'd go this far!!!"

Karen's tears were similar to a nonstop flood, "Sis, you're too much!!! How could you!!!"

Tian Yuo coldly scowled at Susu on their wedding night, "We may be married, but I would never touch you. You'll live with an emptied title. You'll never get the love you wish to get from me. Understand?"

Chen Mu spotted Tian Yuo at a bar after paying Susu a visit. He ran towards the handsome man who was flirting with a group of girls, "You bastard! If you never loved her, why marry her in the first place?!"

"If you don't know how to care for your own wife, then I won't hold back! I won't let anyone hurt her. Not even if you are my closest friend."

Author's note: Chen Mu is the Male Lead in this story.

The book cover image does not belong to me. Credits are given to whoever the author is for the image that I found on Google. I edited and added onto the image for the book cover.