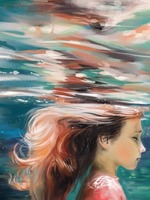 Not a Genius's Survival Rules

At 6 o'clock in the morning, Jack woke up. Why did he wake up so early? In fact, Jack usually goes to bed very early.

After dinner at night, he will be very sleepy. He wanted to review his lessons, but he fell asleep carelessly. It's 11 o'clock when he wakes up, so he simply goes to bed.

Because of this, academic achievement is regressive year by year, ah! Don't think about it. Make breakfast! Today's breakfast: milk, sandwiches made of bacon and fried eggs.

Today is the beginning of school day, I'm going back to school! Jack's home is still close to the school, a 25 minute walk to it!

This year coincides with the re division of classes. I do not know where fate will take me? In this way, Jack walked back to school while thinking wildly! Think more, think fast, the pace will naturally be fast up!

Unconsciously, he has come to school.

There were few people on campus at this time. Jack slowly walked up the stairs. The classroom was on the fourth floor. When he got to the third floor, he found that his shoelaces had fallen off, so he bent down to tie them.

Suddenly, there was a rush of footsteps on his head. Jack looked up and saw a piece of red and black plaid cloth in front of him. Before he could react, he heard "ah ~!" A college girl was on her way. She didn't expect someone on the stairs. Although she wanted to stop her steps, she couldn't stop the inertia of her body.

When Jack reacts and their bodies are about to collide, he has to react quickly, catching people with one hand and grabbing the handrail with the other.

When he regained his mind again, he found that he was holding a college girl in his arms!! Female students also found this amazing fact! She uttered a sound of astonishment.

They wanted to leave at once, but the girl slipped. Her foot slipped down the edge of the stairs and Jack caught her again.

They sat down on the stairs, afraid to move.

They hugged each other, and the breath from her nose had sprayed on Jack's face. Jack's nose also smelled the fragrance of shampoo, and his hands felt the warmth and softness of the girl!

At this time, the college girl woke up like a dream. She exclaimed, "I'm going to be late." She wanted to stand up. Jack hurriedly released the hand holding the girl, and the girl stood up with her smooth legs showing in front of Jack.

College girls keep running down the stairs! When she ran to the corner, she stopped. She quickly straightened her dress. The three-dimensional tailoring of the shirt immediately highlights her perfect figure.

The college girl swung her hair back. Then take out the rubber band and tie the hair into a braid.

Jack watched the girl leave and wanted to say something, but he didn't know what to say! At this time, a sharp pain suddenly came from Jack's arm holding the armrest. He looked at his arm, and a red spot on his forearm. When he looked up, the college girl had gone far away.

Jack thought, "What a beautiful girl!" A straight nose, slightly raised cheekbones! With her plump lips and long, upturned eyelashes, she looks like Britney!

Jack is suddenly inspired. Where is she going? There is only one truth. Only the cheerleading team is active at this time.

Jack looked across the railing to the playground. Sure enough, on the playground lawn, facing the morning sun training cheerleading team, there is the figure of the girl!

Jack enjoyed the quiet moment on campus. He took a deep breath of fresh air and slowly returned to the classroom. I don't know what class the girl was in? He thought: if only that girl and I were in the same class...

When the teacher came, Jack knew that he was assigned to class F. class F was drawn randomly, not ranked according to his grades. The Ministry of Education should strictly prohibit the publication of students' scores and rankings in any way, which is the right way. It's just Jack's wishful thinking.

Et, Orson and several other students were also assigned to class F. Et's academic performance is excellent, but he always has a stomachache every time he takes the final exam. Orson's favorite is the airplane model. He often peeks at aviation model magazines in class. His physics teacher and he share a common interest.

Students continued to arrive, and went to the bathroom and did not come back. The class bell rang. Then a girl came in a hurry.

The head teacher asked, "What's your name? Why are you late? " The girl replied, "Maria... I'll go through the procedures for quitting cheerleading..." The head teacher nodded and motioned to come in!

Maria looked at the seats in the classroom. She saw Jack and Jack saw her. They were both surprised. Yes, Maria is the girl Jack met on the stairs just now. What's even more surprising is that Maria is sitting next to Jack.

Jack's wish has come true! "My campus life with beautiful girls" is telling you!