Penny: Who Are You? - Sci-fi Romance 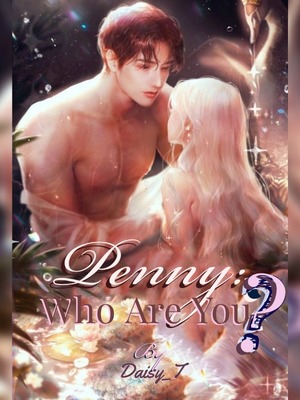 Penny: Who Are You? PWAY

A monster....that was what she called herself.

But that didn't stop him from loving her till the ends of the earth.

What will happen when a mutant and a 'perfectly normal' human defy the status quo and come together?.....

In a dark room,

“GET. OFF. ME!” she yelled from the frustration of not being able to use her powers on him and also his shamlessness.

She didn't bargain for this! At all!

“Shh...you don't want to wake your mum and dad up now, do you?” he silenced her by putting his slender finger on her lips.

“If you don't get off of me right this instant, I'll scream and you'll ultimately be banned from entering this house, your choice.” she stated with one of her eyebrows raised.

“Scream, Penny.”, he provoked her with his eyes on her lips.

Angry cause he doubted her, she yelled, “Mu....!”, but her scream was cut off by his lips.

In a villa, Houston

Young Master: “I want you to report on her every move, don't let her out of your sight. She mustn't get hurt on your watch, is that clear?”

“Young master, she lifted the Bugatti you bought for her and dumped it into the swimming pool!...she lifted it!!” he ran in to report.

Young Master: “So what? Let her vent, and make sure to get a new one before the end of the day, unfailingly.” he replied with a wave of his hands as he chased his bodyguard away.

“Young master, did you see her eyes?! It changed it's colour twice!”

Young Master: “Are you into music now, what's with the rhyming?”, he replied defiantly.

“Pstt..Young master, I just saw her climb out of her bedroom window to meet her friend.”

Young Master: “Are you spying on my woman in her bedroom now?! Tell me! what else have you seen?!” he yelled as he grabbed his bodyguard's neck.

“And I'll make sure to die happily, mum!”, he said with a goofy smile.


»The cover isn't mine, credits go to the original owner....