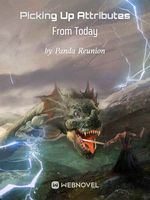 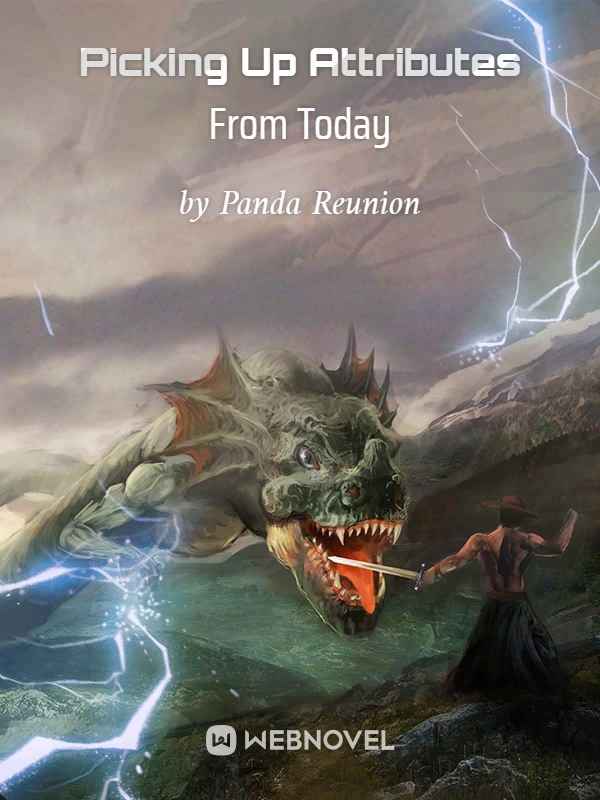 Picking Up Attributes From Today

Up in the sky above the deep and boundless oceans of Heaven's Vault Continent!

"I, Meng Lei, pronounce upon you… The death sentence!"

A man bathed in lightning stood proud and arrogant in the sky. With a lightning spear in his hand and wings of lightning on his back, he was like the God of Thunder that had descended from the heavens as he pronounced the mighty and imposing judgment!

A pair of strong and muscular lightning dragons descended from the heavens. They struck at the two gigantic creatures in front, carrying with them a terrifying aura that could destroy all in this world!

On the left was a Golden Colossal Dragon with wings that spanned more than 1,000 meters, and shone a bright and resplendent gold all over its body!

On the right was a Thunder Titan that was as massive as a mountain range, and holding a pair of golden hammers in its hands!

Upon sensing the destructive aura within the lightning dragons, the Golden Colossal Dragon and Thunder Titan's pupils constricted sharply and they reacted nearly simultaneously!

As their powers surged, golden light and a purple thunderbolt rose, forming a power shield around them for protection!

However, it was to no avail!

The lightning dragons descended from the sky and easily broke the power shield!

Both the Golden Colossal Dragon and Thunder Titan let out sharp and shrill screams at the same time. Clouds of black smoke rose around them—the attack had actually split open their flesh and skin, charring them all over!

Then, they plummeted straight into the vast ocean as though a couple of meteors shooting down from the sky and emitted a great boom!

Meng Lei could barely contain his agitation as he watched!

He was filled with great emotion over today's events as he went through memories of the past in his mind!

He had done it!

He had finally done it!

To think that in his past life, he had merely been a nobody that wasn't even worth mentioning. He had gone through jobs spending all his days with a keyboard and leading an ordinary and mediocre life!

However, his destiny had changed after he came to this world. He had started from humble beginnings and went on to create a series of unbelievable miracles before he finally stood at the pinnacle of this world and trampled beneath his feet Heaven's Vault Continent's most ancient and most powerful lifeforms—the Golden Colossal Dragon and the Thunder Titan!

Meng Lei's gaze swept around his surroundings. His brows pointed upward sharply, and his eyes sparkled like stars as he gazed down upon the world…

A dull sound rang out!

Meng Lei opened his eyes, a dazed look within them!

What am I doing?

So it's just a dream. No wonder it felt so fake!

Meng Lei let out a self-deprecating laugh. He had probably only had such a strange dream because he had just arrived in this world and couldn't adjust to it yet, right?

"Little Meng Lei, wake up! It's the beast tide!"

Deafening knocks came from the broken and rundown wooden door. Outside, the village head, Old Peter, shouted anxiously, "Little Meng Lei, it's the beast tide! Hurry, go to the underground shelter and take shelter there! I'll go and inform the others!"

A start went through Meng Lei. He rolled and scrambled to his feet and ran toward the village central!

Damn! To think I've actually encountered a beast tide! I must be too down on my luck!

Meng Lei inwardly cursed as he made a wild dash!

A few days ago, he had still been a normal office worker on Earth. He had been traveling between home and the office, spending his days exhausted to make ends meet!

Then, he had woken up one day to find that he, for some absurd reason, had transmigrated to this world and come to the Magical Beast Village, becoming a normal villager here!

That was what people of this world called this particular world!

This was a miraculous world that was different from Earth!

There were no computers, no Internet, and no technologically-advanced products here. Instead, there were huge dragons that could destroy the world, giants of colossal strength, strange and peculiar beast people, fairies that could manipulate nature, and all sorts of wondrous magical beasts… and also mysterious magic and powerful Battle Aura!

This was an amazing and inconceivable world!

Everything here terrified and unsettled Meng Lei. However, what distressed him the most was that this world was extremely unfriendly to the normal human race!

The ones ruling this world weren't the human race, but… Colossal Dragons with wings, Titans dozens of meters tall, Beast People of various strange and peculiar forms, Fairies in the woods, highly destructive magical beasts, and other races!

As for the human race?

They were but mere appendages to the various major intelligent races. They had no civilization, no empires, no culture, no freedom…

They had absolutely nothing!!

This world is so dangerous! How am I supposed to live on?!

What distressed Meng Lei the most was that he was actually encountering a beast tide when he had only just frickin' transmigrated here. This was practically a hellish way to open things!

"Hurry! The adults are to follow me outside the village to stand against the beast tide!"

"The old, weak, women, and children, go to the shelter!"

A strong, muscular, and well-built man that was over two meters tall stood on top of a large rock and directed the villagers. His name was Hudders, and he was the captain of the guards in the village. He was also the strongest fighter in the village, so the villagers respected and trusted him very much.

Under his command, all the adult men congregated in front of him one by one, while the old, weak, women, and children ran toward the shelter at the village center. Although everyone was in a panic, they moved in an orderly manner, nevertheless!

It was evident that this wasn't the first or second time such a situation was occurring!

True, Magical Beast Village is situated at the Magical Beast Ridge's fringes, after all. Therefore, it is the easiest to come under a beast tide's attack. The villagers must have experienced beast tides more than just once!

The Magical Beast Ridge passed through the entire continent, nearly dividing Heaven's Vault Continent into two halves, the east, and the west. Countless wild beasts and magical beasts lived within, and it was known as "The Most Dangerous Place On The Continent"!

The wild beasts in the forest frequently went berserk and attacked the villages at the forest's fringes. The villages suffered huge losses every time, and fatalities were commonplace. The parents of this particular body's original owner had precisely died in a beast tide!

It could be said that human lives were the most worthless thing in this world!

I wonder how many people are going to die in the beast tide this time?

Before Meng Lei knew it, he had already reached the village center. The old, weak, women, and children filed into a long line. Uncle Leo, who was in charge of guarding the shelter, called out loudly, "Don't crowd around, go one at a time! The ones at the bottom, hold the ladder steady!"

The shelter was built dozens of meters underground. It was like a tunnel, or a basement, and was connected to the surface by a ladder. Next to it was a large rock that would be used to block off the shelter's entrance later!

The large rock was very big. Two to three meters tall, one could tell with just a glance that it was very sturdy. Meng Lei couldn't help heaving a sigh of relief. With such a large rock blocking the top, the shelter should be very safe, right?

No, wait. If everyone outside died in battle, would a bunch of old and weak people, women, and children be able to push off the large rock and exit from within?

Uncertainty and nervousness welled up in Meng Lei!

"Kill all of these b*stards!"

Beast howls and the sounds of fierce battle could be heard coming from afar, conjuring fear in everyone's hearts. Although Meng Lei wished he could take a look at and learn more about this world's magical beasts, that was all he could do—wish!

He was just a youngster that was slightly older than a child now and belonged to the domain of people being protected. What he should be doing right now was to enter the shelter, and not run over to create more trouble!

"What are you spacing out for? Hurry and go down!"

At this point, Uncle Leo's chastising voice rang out beside his ear. Meng Lei gave a start and hurriedly responded. Just as he got ready to enter the shelter, he suddenly noticed a ball of glowing white light dropping off Uncle Leo!

Just as Meng Lei paused in his tracks and was about to point it out, a cold and emotionless voice suddenly rang out in his ear. "Ding! Dropped item discovered. Will you pick it up?"

Meng Lei was stunned. He subconsciously looked in Uncle Leo's direction. In just that short amount of time, all the old, weak, women, and children had gone into the shelter. He and Uncle Leo were the only two people left now!

"What are you looking at? Hurry and go in!"

Uncle Leo berated him furiously with a fierce expression on his face, "Don't waste time and stop hemming and hawing. I need to go to the village entrance to fight against the beast tide!"

Am I hearing things?