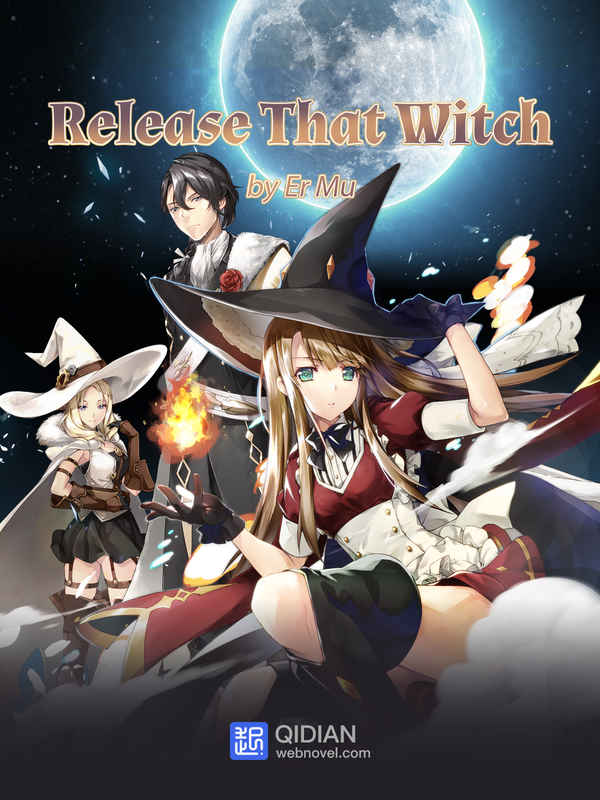 Cheng Yan felt as if someone was calling him.

"Your Highness, wake up…"

He turned his head away, but the sounds he had heard did not disappear, instead they became even louder. Then, he felt someone gently tug on his sleeve.

"Your Highness, my Royal Prince!"

Cheng Yan opened his eyes immediately. He did not see any of the things he had grown familiar with—the screen was gone, the desk was gone, and so too, was the wall which he had plastered with Post-its. They were replaced by a strange scene—rows of small brick houses, a round public square that was crowded with people, and a door-shaped gallows that was erected in the middle of the public square. He was seated on an elevated platform from across the square. The chair he sat on was not his usual soft swivel chair, but instead, a cold and hard iron chair. Sitting alongside him was a group of people whose gazes were fixated upon him. Among them were a few young women who were dressed as medieval ladies like what he had seen in Western movies, and they were busy giggling among themselves.

"Where on Earth is this? Wasn’t I working urgently on my blueprints?" Cheng Yan’s mind was vacant, perhaps caused by three consecutive days of working overtime that had pushed him to the limit mentally and physically. All he could remember was when he finally broke down, his heartbeat began to palpitate unsteadily, and he wanted nothing but to lie on the office table for a brief rest…

The speaker was the person that had quietly tugged on his sleeve. His face was old, seemingly in his fifties or sixties, and he wore a white robe. At first glance, had a little resemblance to Gandalf, from The Lord of the Rings.

"Am I dreaming?" Cheng Yan thought as he licked his dry lips. "Verdict, what verdict?"

He soon knew. The people in the public square were all looking in the direction of the gallows, while waving their fists and yelling as loud as they could. Some even threw stones at the gallows.

Cheng Yan had only ever seen such an ancient instrument of death in movies. The gallows of two pillars extending upwards about four meters from a raised base. The top ends of the two pillars were connected by a crossbeam, which was embedded with rusty metal rings for a thick yellow hemp rope to travel through. One end of the rope was tied to the frame of the gallows, and the other end was tied around the felon’s neck.

In this strange dream, he discovered that his eyesight was extraordinarily good. He would usually require glasses to read the words on a computer screen, but now, he could clearly see every detail of the gallows, which was fifty meters away, without his glasses.

The felon was hooded and her hands were tied behind her back. Her shabby gray garment was akin to a piece of rag. Her body was so emaciated that her ankles—the only part of her body which was exposed—seemed like they could be broken by pinching them. It was her faintly bulging chest which gave away that she was a female. She shivered terribly in the cold wind, yet she was observably trying hard to maintain her straight posture.

"Alright then," Cheng Yan thought to himself, "exactly what crime did this woman commit that so many people are waiting with indignation for her to be executed?"

Witches had degenerated after falling to the temptation of the Devil and are now the incarnation of impurity.

Cheng Yan glanced at the old man. Ohhh, actually, he’s called Barov and not Gandalf. He’s the Assistant Minister of Finance, and was sent here to assist me with government affairs.

As for myself, I’m the Fourth Prince of the Kingdom of Graycastle, named Roland, and I’m in charge of this place called Border Town. It was residents who caught and arrested the witch, and immediately brought her to the police station—no, it was the court of justice. The warrant to execute the witch would typically have been issued by the local lord or bishop, which, in this case, would mean me.

His memory answered every question he had indiscriminately. It was as though this bout of memories was derived from his personal experiences, rather than knowledge he had gained from his extensive reading. This confused him. A dream can never be as detailed as this, therefore is this not a dream? Could it be that I have travelled back in time to the dark ages of medieval Europe and became Roland? Have I transformed from an ignoble draftsman to a dignified prince?

Albeit this piece of territory seems barren and backward, and I’ve never seen the name ‘Kingdom of Graycastle’ in any history book.

Well, what should I do next?

I shall leave aside the question of how something scientifically impossible like time travel happened. Right now, I need to end this circus. Before civilization, it was common to assign the blame for disasters and misfortune to these pitiful witches, but Cheng Yan could not accept that they had to be executed as well to satisfy the dark desires of the audience.

He snatched the formal written orders from Barov’s hands, tossed them on the ground, stretched his arms and said languidly, "I’m tired. The judgement shall be postponed to another day. Court’s dismissed!"

Cheng Yan did not act recklessly or without thought. Instead, this was in accordance with his memory’s detailed recollection of the way that the prince behaved, and all he did was reenacting their willful manner. The Fourth Prince, Roland, was indeed this screwed up and abominable, and did whatever he wanted. Certainly, it was impossible for a twenty-something unruly prince to be well-cultivated.

The members of the noble who sat with him seemed unsurprised, but a tall man wearing a suit of armor stood up and argued. "Your Highness, this isn’t a joke! All witches should be put to death immediately upon being identified, or else, what can we do if other witches attempt to save her? The Church will get involved if they know of this."

"Carter Lannis. This handsome man is my Chief Knight." Cheng Yan frowned and replied, "Why? Are you scared?" His voice, which was full of blatant mockery, sounded natural. "How could a man, whose arms were thicker than a normal person’s body, be worried about witches breaking into our prison? Does he really think that witches are the mouthpiece of the Devil?" "Won’t it be better to catch a few more witches?"

As Carter remained silent, Cheng Yan signaled to his personal guards and left. Carter pondered for a moment before he decided to catchup with the guards and walked beside Prince Roland. The other nobles stood up and paid their respects to the prince, but Cheng Yan could see the disdain and contempt in their eyes.

Back in the keep, which was considered to be the castle in the south of Border Town, he ordered his guards to deny entry to the anxious Assistant Minister so that he himself could finally catch a brief respite.

As a person who had usually spent 90 percent of his time sitting in front of a computer, he had outdone himself by speaking in front of such an audience. Using his newly-gained memories, Cheng Yan located his bedroom, and then sat on the bed for a long rest which allowed his heartbeat to regain normalcy. At the moment, the most important matter was to clarify his situation. "Why is the prince not residing comfortably in King’s City, but instead sent to this desolate land?"

The answer popped up spontaneously and left him a bit flabbergasted.

Roland Wimbledon was sent here to contend for the throne.

It all started when the King of Graycastle, Wimbledon III, quizzically proclaimed, "The heirship of this kingdom will not be based on age, but instead, the capability to govern." He then dispatched his grown-up sons and daughters to govern different territories, and after five years, he would decide his successor based on their level of governance.

Although the ideas of meritocracy and gender equality sounded progressive and futuristic, it was difficult to implement in reality. Who could guarantee that each of the five children faced the same initial conditions? After all, this was not a real-time strategy game. According to his new knowledge, the Second Prince was given a much better territory than Border Town. In fact, among the five of them, none had a place as bad as Border Town, and thus he had a huge disadvantage.

Furthermore, he wondered how the level of governance would be assessed. By population? Military power? Economic standing? Wimbledon III did not mentioned his criteria, nor did he put the slightest restriction on their methods of competition. In case someone secretly assassinated the other candidates, what would he do? Would the queen stand by and watch as her children kill one another? "Wait…" He carefully recalled another memory. "That’s right, another piece of bad news is that the Queen died five years ago."

Cheng Yan sighed. This was obviously a barbaric and dark time during the feudal era. The way that people wanted to kill witches recklessly was enough to give him a few hints. Yet, even if he did not attain heirship, he would forever be a blood prince of Graycastle, and would be the Lord of a Realm for as long as he lived.

Furthermore… so what if I become the king? There isn’t Internet or other comforts of modern civilization. Like the locals, the only fun thing I’ve to do is burning witches. And living in a city where shit is excreted and dumped anywhere and everywhere, won’t I eventually die of the Black Death?

Cheng Yan suppressed his chaotic thoughts and walked up to his bedroom mirror. The man looking back at him in the mirror had light gray hair, which was the royal family’s most distinctive feature. Although his facial features were regular, his face lacked a proper shape and seemed devoid of royal disposition. His pale face gave away his lack of physical exercise. He recalled from his new memories that he did not indulge much in wine or women. He did have several sexual relationships while in King’s City, and all of them were consensual. He had never forced anyone into an affair with him.

He also discovered a probable reason for his time travel. Because of his company’s urgency to make progress on a project, his boss had arranged consecutive nights of overtime work for him that caused him to die of exhaustion. The victims of such a case were usually coders, mechanical engineers, and programmers.

"Forget it, no matter what, at least I got the equivalent of an extra life, and therefore I really shouldn’t complain too much." He began to wise up to the fact that he would probably adjust to this life in the days to come, but that for now, the most important mission was to act well as the Prince Roland and not let anyone find out. Or else, they may believe that the Devil had possessed the real Prince Roland, and immediately burnt him at the stake. "So, most importantly, live well. " Cheng Yan took a deep breath, and whispered towards the mirror, "From now on, I’m Roland.."