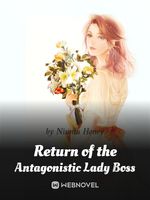 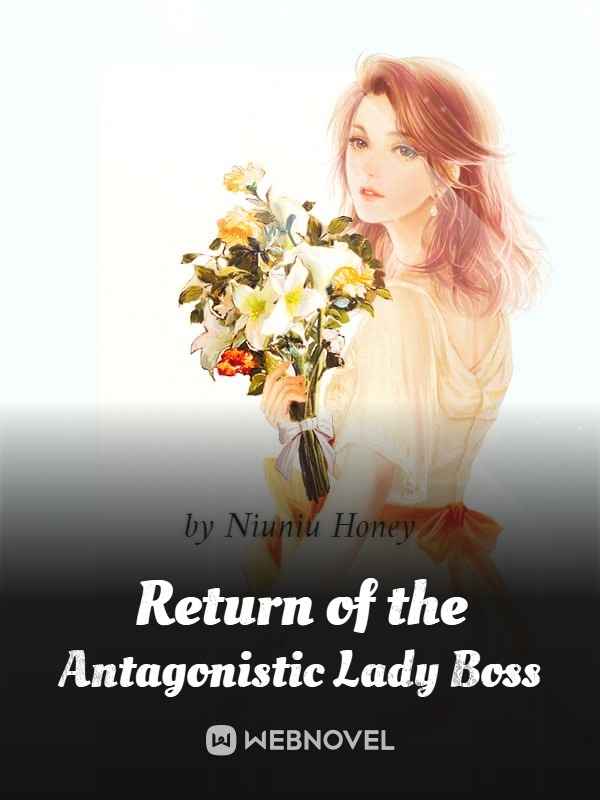 Return of the Antagonistic Lady Boss

Chapter 1: The Return of the Antagonistic Lady Boss

Chen Xiaoqin was having a massive headache while the poor quality speaker was blasting in a loop.

"Three for ten. The best deal you'll ever find! Don't miss it!"

A pungent smell wafted up her nose. It was a mixture of spices combined with the clamorous chaos of the farmer's market.

Chen Xiaoqian frowned. She bid farewell to poverty ever since she started a successful business after post-doctoral graduation. Never again did she step foot into the farmer's market, for she had professional nannies to shop for her and they only shopped from the upscale supermarkets.

She opened her eyes and noticed that she was squatting in front of a stall. There were a plethora of poor-quality goods scattered on the stall and the speaker blasting its advertisement in the moisiest way.

Was she not dead?

An image of a handsome man popped up in her mind. He was crying while holding her body. It was heartbreaking.

She vanquished her rivals, took some poison to end her life as an antagonistic lady boss, and pursued her late daughter. She then left this rotten world behind.

She thought she would leave the world with no one missing her. Who would have thought, Yu Minglang shed manly tears for her just before she passed away?

"Xiaoqian, I've been looking for you for so many years, yet I'm still a moment too late!"

She could still sense the warmth of his tears on her face and the echo of his morose voice rang in her ears.

It turned out that there was a person who would shed tears for her. What was more surprising was the person who shed tears was an upright and outstanding man, while she was a terrible woman.

She squatted in front of an old farmer's market. People wore old-fashioned clothing. She even saw a calendar of the year 2000 hanging on the door of the shop. It faded from being exposed to the sun for a long period.

'Is this a flashback of my life before I die?'

She looked down at the clothing she wore. It was a lawn-green over-the-knee dress that looked very tacky.

The dress was a present that her mother bought for her 18th birthday. There was a nail-sized tear right beneath the belt. It was an accident but her mother reprimanded her for it.

Eighteen years old was the turning point for Chen Xiaoqian. Although she had a post-doctoral degree in psychology and became the most successful figure in the industry, she would choose to return to the year when she was 18 years old if she was given another chance. If only she had not gotten engaged to that b*stard ex-husband when she was 18, she would not have lost many wonderful things in her life... Such as her adorable daughter and her kindness.

She would not have ended her life if she did not avenge her daughter and kill her bastard ex-husband. In her last moments, she met a man who shed tears for her—Yu Minglang.

Her resplendent life ended with the death of her daughter and in the end, she owed Yu Minglang the truth.

Suddenly, she felt water on her face. Could it be that she returned to the moment when Yu Minglang cried and his tears rolled down on her face?

"Yu Minglang, with my last breath, I'll make the long story short. We had a daughter and the bastard, Ni Jianren, killed her. I'm ending my life after I killed him. Please take his ashes to feed the dogs and get a couple of Daoist masters to make sure that he will never be born again. Then place my daughter's and my ashes together!"

Chen Xiaoqian opened her eyes. She did not see a handsome man but a woman wearing a checkered shirt.

Was it saliva that she felt on her face?

It took some time before Chen Xiaoqian could recognise her healthy-looking mother.

Jia Xiufang saw her daughter mumbled to herself and dilly-dallying. To think that she could say those kinds of words to her own mother. She got so annoyed that she extended her leg to kick her.

"You're being silly! Can't you recognize your own mother?"

Chen Xiaoqian was not used to her being her shrewish self.

Her mother, who used to favor her younger brother, treated her differently ever since she became successful.

This made Chen Xiaoqian realize that there was nothing one could not buy with money. That included family, marriage, and friendship.

It had been a long time since anyone treated her with sincerity. Whether it was Yu Minglang who shed tears for her or the roaring of her mother, those moments made her—an antagonistic boss who stood at the top of the food chain—reminisce about the past.

"Girl, stop dilly-dallying! You want to get married with behavior like this? Dream on!" Jia Xiufang scolded when she saw her daughter daydreaming.

"I know, I'm marrying a monster, not human."

She was a decent-looking girl before she turned 18, and if not for that b*stard, she would not have turned into a hostile lady boss who stepped on others to climb the corporate ladder.

Jia Xiufang got even more annoyed when she saw her daughter daydreaming. She then picked up a plastic basin and hit her with it.

"You stupid girl! Why would you buy wedding supplies from a three-for-ten stall? You're so tactless... You'll be bullied by your mother-in-law after you get married!"

Jia Xiufang had little opinion on her daughter's marriage matters. Although she did not like the idea that she was getting married at such a young age, Chen Xiaoqian's father had had his eyes on the betrothal gift. She was unhappy that her daughter agreed without much thought.

She was beaten and scolded when they were buying basin for the wedding. She remembered it well.

When she was young, she could not understand why her mother was constantly scolding her. However, after Chen Xiaoqian had her own daughter, she finally understood why she did that. It was because she was too naive.

Back then, she tried to hide when her mother would hit her with the basin. Her mother would chase her around the farmer's market while the basin seller was chasing after them. In the end, her mother would slip on a banana peel and wail, "You stupid girl, you should have picked a more expensive basin! You're getting married at such a young age... You only marry once, can't you pick something nicer and be more cultured? I can't help you if you're bullied after you get married, that man is more crafty than you are!"

She hated her mother then; she exuded the temperament of a shrew. Thinking back, this was probably the only way she, who was uneducated and grew up in a village, knew how to express her dissatisfaction over the fact that she was too young to get married.

Later in life, she learned to be crafty thanks to the cruelty of reality. She almost vanquished all who were against her. However, what she missed the most was the time when people called her a stupid girl.

It hurt very much when her mother hit her with the plastic basin, so it could not have been a dream. Jia Xiufang hit her twice continuously. She saw her daughter react differently and she gestured with confusion.

"What's wrong, Qian'er?" Was she in pain? Impossible, she did not use any force.

"Mom, let me hit you and see if it hurts?" Chen Xiaoqian pinched Jia Xiufang's arm.

Jia Xiufang was stunned. Then, she was in rage and threw the basin at Chen Xiaoqian.

"You're dead meat. How dare you hit your mother, trying to be rebellious, aye?!"

'It hurts!' Chen Xiaoqian sensed her heart racing. 'This isn't an illusion.' Could it be that she had returned in time and went back to the time when she was 18 years old?

Jia Xiufang was infuriated by the fact that her daughter had the audacity to pinch her. She raised the basin and hit her with all her might. Chen Xiaoqian stood up and ran as fast as she could. Jia Xiufang chased her with the basin from behind. Obviously, the vendor chased after them and shouted.

"Aunty, you stole something that is three-for-ten! This is ridiculous!"

She could sense the summer breeze brushed across her face. It was all very real. She could sense the vitality of a young person in her body. Unlike the tired body of a 38-year-old—someone who suffered from insomnia and needed the help of sleeping pills in order to sleep. Chen Xiaoqian ran in the wind as the feeling of being reborn was all too real.

As she watched her mother chase after her in the messy and dirty environment, Chen Xiaoqian appreciated the messy market that she used to despise. She even admired the beggar with a runny nose by the roadside.

She had been reborn!

These things only happened to good women. She could not believe that it was happening to her—a bad person. Chen Xiaoqian slipped and fell as she stepped on a banana peel!

She fell on her bum as she stepped on the banana peel that was meant for her mother. It was rather painful.

The fact that it was painful suggested that the whole ordeal was real and not an illusion. It was also not a flashback before she died.

Suddenly, Chen Xiaoqian's eyesight fell on a corner of the market. It was an impulse that was difficult to suppress and surged from within her body.

What she saw provoked that feeling... Finally, Chen Xiaoqian understood that her obsessive-compulsive disorder returned in time together with her.