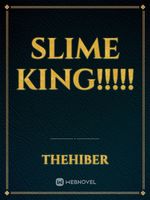 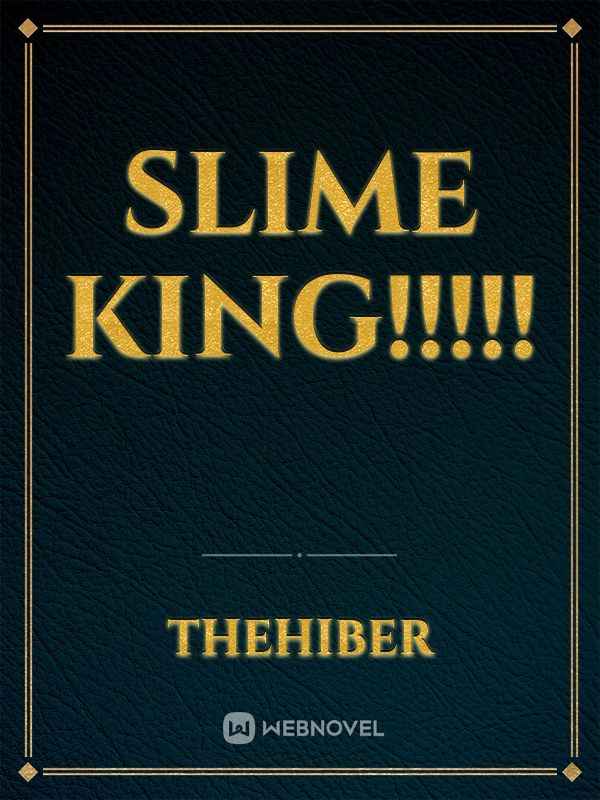 "I'm sorry, can you repeat that? I think I heard it wrong." The goddess looked at the strange soul in front of her.

"... A slime?!" She could not help but freeze at the idiotic request.

She has been working at the Reincarnation department for at least a million years. She had heard many wanted to be born as humans again. Some even chose to be born as elves and dwarfs. In rare cases, a few chose fo to become monsters like dragons or pets like dogs and cats.

But she has never a person who wants to become a weak slime which is the bottom of the lowest tier monsters.

"Um... I don't think your choice is wise. Slime is the weakest monster in the monster category, so your surviving chance as a slime monster will be almost non-existence. I recommend that you choose another stronger monster if you like to rebirth as a monster."

She summoned the book about all kinds of monsters and showed it to him. Hoping that it would change his mind.

"No No No. I want to be reborn as a slime. You said that I can choose any type of species I want. I don't want to change anything. I just want to be a slime." The soul is very stubborn. It even shouted at the 15ft tall goddess like she wasn't a god.

"Ah..." The Goddess doesn't know what to say. This soul has a very weird preference.

"My lord, I have a solution." A beautiful Angel flew near to her and whispered.

"How about we let him keep his old memory? This way, the guy may have a better chance of surviving." The Angel whispered.

"Hum... Quite risky." The Goddess thought.

There is a golden rule that every god needs to follow when rebirth a soul. The rule is that before reincarnation, the soul's memories need to be purged.

If the soul still has memories of his or her old life, it's likely that chaos will come to the world and will also cause a lot of problems to the gods.

"Even if he still has his memory, his influence on the world will be not that much because he is a weak slime. If he fails and dies, we can just tell him that the slime rebirth is a one-time thing and he needs to choose another monster. Either way, it will not bring any problem to us and we can just kick the guy out." The Angel assured that her suggestion is more plausible.

"Yeah, Slime is still a slime. It's impossible for a simple slime to attract attention from the gods." She nodded

The Goddess told the Angel to return to her position then looked back at the soul with a smile.

"After some consideration, your wish to become a slime is approved. I hope that you will treasure this wish of yours and won't complain later. Now stay still so I can cast reincarnation spell."

"Do your best Ms. Goddess. I'm ready." The soul happily followed her instruction.

Seeing that there was no more problem, she started chanting strange languages and a huge magic formation appeared under the soul.

The formation slowly got brighter until it got so bright that no one could see what happened inside. After a few minutes, she stopped and the formation disappeared, along with the soul.

"Hah, finally... Bring in the next soul... And make sure this one is normal." She told the Angels. She feared that there would another soul with a slime fetish.

Somewhere in the dark void, the soul from before was now a man in his 20s, has black hair, and is about 6ft tall.

This is the soul's original appearance before he was killed. He died because he was stabbed by a mad robber. It really was an unexpected death, the robber killed a guy before him then stabbed him too for no reason at all. He didn't even get in the way of the robber. Maybe the robber had some kind of mental problems.

After he became a soul, he was sent to an unknown place where he met the Goddess. The first thing she asked him was what kind of species would want to be reincarnated as.

"Now I think about it, my death scene is similar to the other slime main character. Is that normal?"

While he was thinking, he ignored the Angel in front of him. It was the same girl who whispered to the Goddess.

"Ahem, Please focus." She tried to get his attention.

"Oh yeah, sorry about that."

"Um, please listen to what I am going to say."

She then brought out something that almost in every isekai mangas and novels out there. A transparent blue screen with words on it, the great System.

"This is the System, it isn't much different from your typical standard system but there is one thing you need to know, there is no way for you to get the status point or skill point after you level up. To level up, you defeat or kill stronger beings.

After leveling up, you will store more mana inside you, and the only way to upgrade your stats like physical strength is from training or using items that able to grant stats. Skills are the same."

The status panel had STR, AGI, INT, and DEX (Strength, Agility, Intelligence, and Dexterity). The last section of the system was the skill option where passive and active skills were located. There was no HP (health point) but there was a mana bar in the system.

"In a way, it is a system that only tells you about your information." He was disappointed.

"That's true. The system is there just to give more details about you but remember this. To cast spells, you need mana. The more mana you have, the stronger the spells are. So in a way, you can still get strong just by having a large amount of mana. But be careful tho, having mana is not enough to win every fight. Some rely on stats than level and mana.

Also, you are not the only one who had the system. Almost all people in the world, where you will reincarnate, have the system. So don't be cocky and fight everything to level up, you will get killed pretty easily because you are a slime"

"Thank for telling me." He nodded.

"Don't thank me, because the Goddess wants to make sure that you stay alive longer so she sent me here to explain to you. Now the reincarnation will truly begin, close your eyes."

With a flick of her finger, he went to sleep immediately and started to fade into dust until there was nothing left.

"Where am I ?! How long have I been sleeping? So dark, cannot see anything."

Despite he was in a weird state, he could still feel everything around him. He felt he had no hand or feet and just rolled around which meant that he could be a slime.

Right now he was eating, the "food" was on solid ground so he just had to roll over them and got them into him.

Of course not knowing what happened around you would endanger him but he had no choice, he was too hungry to care about.

After a long time of eating, his blindless had gone and he could now see but his vision was limited to 1 meter, farther than that was total darkness.

The first thing he did was to summon his system.

In the system, there is his info and also a 3D hologram of him next to it.

It's blue color slime, and inside it is a brown color core with red veins around. Its size is about the same as a tennis ball.

"Now I am sure that I am a slime." He then looked at the other panels with great anticipation.

Age: Less than one month.

Description: a species born from the union of magic and nature. Its core is a low-grade magic stone. The core unintentionally starts to use magic to gather water around (If there is water) and create a water-based lifeform. Because of the dense yet low purity magic in the air, the water turns into a slimy substance and successfully creates a Slime.

*A blessed skill by Goddess Ara. With this pass, the system will show more info for you to read.

*Will is mental health, related to INT in a way.

*The skill will appear when INT is higher than 10.

*Let you inspect anything within your eyesight.

*The higher the INT and skill level, the more info you can get.

*Block inspection of any creature with 50 lvl above you

*Sync with System Upgrade Pass and able to inspect all additional info.

*The bigger than form, the higher the consumption rate.

{You don't have enough authority to have that name, please change it}

The system panel appeared and warned him.

"What?! This is bullcrap...How about Colossus?"

He came up with a lot of cool names but none of them were accepted.

{The name is acceptable}

A legend was born on that day, a legendary slime named June who constantly cursed the system for not accepting good names.

Sadly his 12 INT didn't help him at all. If he had known that you need to level up to have more authority, he would rather wait than name himself today.