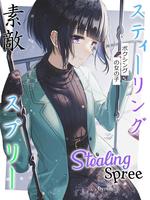 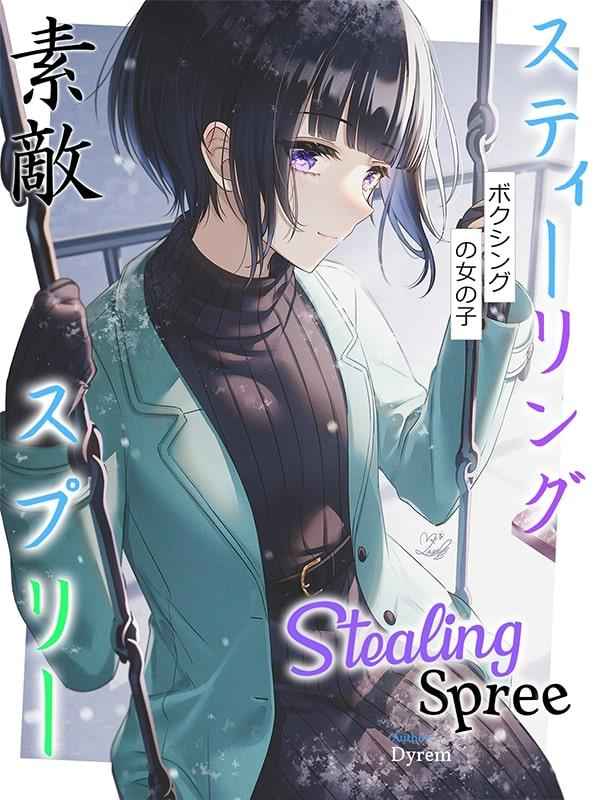 I could be what you called an ordinary student. Or on anime terms, the Classmate A. I have neither the attention nor popularity. But despite that, I'm not one of those weak people that was always a target for the bullies. If I can explain it clearly, I am part of the peanut gallery.

Here in the classroom, there are those main characters such as the Class Couple, the Top 1, the Class President, the Class Idol, the Class Hunk and so on and so forth. Every day will be filled with events surrounding them. I may or may not be implicated by it but I don't mind. I never really had a desire to stand out. It's fine to be the Classmate A. Being Classmate A helped me a lot to avoid unnecessary troubles.

But despite being the Classmate A, I have a secret desire that no one knew. Since I was a kid, I have this indescribable urge to steal. Well not to steal things, but to steal someone from another. Not that I keep someone I stole for long though, much less is it known by the person I stole from so before that happens I usually give them back once I grew bored.

If I remember correctly, it started back in the 5th grade. I saw the Class Hunk of that year confess to someone. The girl isn't even that beautiful and I still haven't grown in that department yet, still hairless. But still, I felt an annoying itch inside me to go and steal the girl from him. He might have been the most handsome in class but that did not faze me. It only took me a week to get the girl to fall for me and right after that, I stole her first kiss. And err she also stole my first kiss back then but that's not the point. Anyway, I did all of that without him knowing and without them breaking up during it.

Then days passed and the kisses levelled up to more. But since there's a lack of sex education at that time, we never get passed kissing and touching. I sucked her tongue regularly though. Especially during mornings, I often pull her out of anyone's sight. The excitement of that grew into me but well, I soon grew bored and let her go. But even though I stopped seeking opportunities to get her, it was she who started longing for me. Not that I mind. We continued that relationship until we graduated, without anyone knowing but us. And during that time, I didn't stop at one. I also got the most popular girl in school and the smartest girl. Thinking about it now really filled me in nostalgia.

When I entered Middle School, I continued doing the same thing, stealing someone's girl, and finally popped my cherry during my 2nd year. It was with a popular upperclassman. It took me a month to get her because her boyfriend had a tight leash on her. I took my chances when he's not around her. I even tried to ingratiate myself under him to get closer. It worked out anyway so it was worth it.

Continuing the life of Classmate A, only the girls I got knew the true me. I stopped going to average beauties, but well, since extremely beautiful girls were scarce and harder to steal. More importantly, most beautiful and cute girls don't have a boyfriend or they were keeping it a secret. I never set my eyes on single girls, I only enjoy the thought of stealing someone's girl. The excitement I get from it surpasses falling in love with someone. I spent my middle school enjoying lots of girls and most of them were virgins which is a delight.

Maybe I'm just scared to fall in love and have someone do the same thing I did to me. I can't let someone do that to me. That's why I keep being the ordinary classmate. Now that I'm in high school, it's time to start again.

I looked around the classroom. The class hadn't started yet but most of the students are already inside.

Groups were already starting to form and those who stand out with their roles, I've already noted.

For example, there's that girl with braids and glasses who sat at the middle of the front row. From what I heard, her name should be Kanzaki Mio. A Class President type.

Her height is about average but one thing that stands out is her chest, it's big. If I can guess it's a D cup. Most boys in class were already ogling her since earlier.

Kanzaki was sitting seriously there while looking around, checking the faces of her classmates. If ever she has someone, it will really be a challenge for me to steal her.

Not that I didn't have experience with her type. Just that, there's still a slight difference in attitude between a high schooler and a middle schooler so I will have to put in more effort if I become set on stealing her if she has a boyfriend.

Along with the ringing of the school bell, the door of the classroom opened.

Entering it should be our Class Advisor for this year.

After the sounds of the teacher's footsteps ended, all our attention was already on her.

Upon seeing her, our teacher turned out to be another beauty. A candy for the boys' eyes and that included me.

However, her beauty was not the only thing I've noticed.

On her right ring finger, there's the thing you can only see to someone married. A wedding ring.

I couldn't help but smile looking at it. I never tried stealing a teacher back in middle school since there's no one as beautiful as her there plus my taste hasn't expanded to teachers yet.

From how you she looks, she's probably a newly graduated teacher and our class must be her first advisory class.

After putting down the books she held on her table, the chattering died down and the whole class fell silent.

She then leaned on her table and took a glance at each of us. After a moment, she turned around and wrote something on the board. Her name.

"Miyazaki Shiori. I'm your advisor for the year. Bear with me, alright? This is my first advisory class so I hope you take care of me and I'll do the same thing to you for the rest of the school year." Miss Miyazaki started her introduction.

So my guess is right, huh?

Upon hearing that. A lot of boys raised their hands and there were some girls who did, they were also curious about this teacher.

This is a common occurrence every start of the year and each time I only need to watch since what I wanted to know will be asked by someone anyway.

Ms. Miyazaki looked down at the paper on her table. That was the copy of the list of our names and our sitting arrangements.

"Teacher, how old are you?" asked Yamada, who was then followed by a laugh by those around him.

Ms Miyazaki was taken aback at his question but she immediately recovered from it.

More laughter followed when they saw the teacher's response.

After that, more silly questions followed. As if they're trying to make it fair, there were serious and joke questions asked to her. Unlike the first question, Miss Miyazaki never lost composure again and she answered them all of it calmly.

I see. Looks like she had a good education as a teacher. But is that all?

After a rollcall of our names, the Class President was chosen and who was chosen didn't come to me as a surprise, it was Kanzaki.

The first period ended that way and instead of starting the 2nd period, it was skipped and we got an hour of break. This was a way to let us be acquainted with each other. The time from before class wasn't enough after all.

Since everyone is a new face for me. There were a few who came and talked to me. As the Classmate A, I never turned anyone down and made friends with them. We even exchanged numbers and I was added to a group chat which consisted of everyone in the class.

Time passed and the first day of the class ended like that.

I'm just an observer to everyone and since I got acquainted with them, those near my seat often talked to me which I responded to get a fairly good first impression. I don't need to stand out anyway, as long as I look normal then that's enough.

Some of the boy's group invited me to go home but I rejected, saying I wanted to stay for a little longer.

It's not that I have something to do, I just wanted to explore the school. Since this is a new school for me, I need to explore it to find places I might need in the future. Like a hidden spot which I can use when I find a target. I also need to familiarize myself with each and every room like the infirmary, the rooftop, the Principal's Office and the library. Who knows, I might need to use them as well.

Walking around the school after class hours gave me some sort of peace as well. I always did this even back then. I could see those who purposefully stayed back, those sports-oriented students and so on and so forth.

The school was quite big so I guessed it would take me an hour to fully explore it.

However, when I arrived at the 3rd years' floor, a surprising scene appeared before me.

In one of the classrooms, I found a very interesting sight. And yeah. It involves my secret desire.

A girl's voice rang in my ears. It came from an upperclassman inside the room. Though it's soft, I can hear it clearly because of the silent corridor.

I peek at the door to see inside. There are two people in there. The girl who I heard and another one. I don't need to guess who it is, he must be her boyfriend. To think that they have the nerve and the courage to do it on the first day of the school year. I'm seriously amazed that I even wanted to give them a clap.

Both of them almost had all their clothes on the ground. Te girl sitting above a desk. Her skirt was pulled up and her undergarment was pulled down to her legs.

Because her top uniform was unbuttoned, her twin peaks were in full view and due to the sunlight coming in from outside the window, they were glistening beautifully.

I immediately pulled up my phone and took photos of that scene. Also I made sure to get both of their faces clearly.

The guy was currently working on his belt to pull out what's hidden behind his pants.

But, of course. Who am I? Seeing this sight invoked my secret desire.

On the first day of school year, I found my first target..