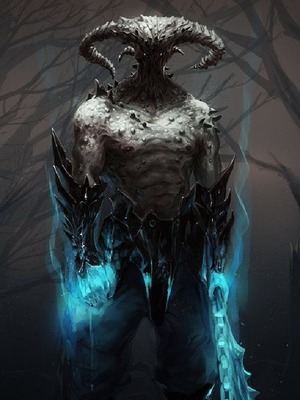 Martin was born in 1980. As a child, he began to behave abnormally after losing his family in a strange and mysterious accident when they were on a holiday in the forest.

He lived in an orphan's home until a certain age, and after that, they just have thrown him into real life.

But he couldn't escape the innate feelings that affected his soul.

One day he took someone's life in a fight in the street.

This was the first time he'd killed another person.Unlike normal people, who thought of killing someone scared them he did not care about the murder he just did it anyway.

He lived alone by himself and he was trying to make a living doing simple jobs in the neighborhood.

But he had to keep running away from the cops all the time. He needed more money to escape from them.

So he quit his normal job and started doing jobs given him by the local street gangs.

He quickly climbed the stairs and learned fast and after 10 years he had become a well-known serial-killer and hitman in the dark realm of gangsters and mafia at the same time.

The last mission he took was killing a scientist.

He made his plan and he quickly went the home of the scientist for completing the mission and the deal he took.

He broke into the scientist's house and managed to kill him quickly. It was not a hard thing to do.

A normal scientist had no chance against Martin but the thing is Martin did not had important information about the target scientist.

The scientist lived alone in his house and had a device inserted into his heart.

This device would activate when his heart stopped, causing the bombs laid in the house to explode and destroy his killer and his works at the same time.

Even if he died in a normal and natural way, he did not want his works to get stolen by the government itself.

Martin was unable to leave the house at the right time after killing his target because he was unaware of these bombs and died after the bombs on the house were exploded.

He thought it was over.

He was born as a human being and he was dying as a monster. But that thinking was not his last thoughts

When Martin opened his eyes, the place where he found himself was a very simple wood hut.

He was sitting calmly on a bed.

In these situations, normal people would go crazy but Martin was not a normal human,

Martin had no sign of emotion in his eyes. Because, At that moment, strange information was flowing into his head.

About an hour later,

Martin had a sign of revival in his eyes.

Martin listened to a voice in his head explaining what happened to him and where is he right now.

"I died after the explosion. But a different kind of being from another universe trapped and saved my soul. My soul has been protected by the system named "Paradigna" and now, ı have come to life in another body in this fantastic world."

Martin thought about what the voice just said to himself.

Martin learned a lot of different things from the voice in his head.

That voice told him a lot of different things in this new world and about himself.

This system, which calls itself Paradigna, also said it would help himself on its journey.

Martin got up from his wooden bed and he walked towards the small mirror inside the room he's in.

He had a very few beards and he had a slightly childish face.

He was still looking handsome and noticed that he had an average of 175 cm in height after checking his point of view.

After Martin did the necessary checks, he sat back on the bed and started to think.

"Where I am is a village called the Fire Bear. I live in this village without my family because I lost my parents in a wild animal attack at an early age. What I do is woodwork. I'm going into the woods, cutting the wood and trying to sell it in the village. That's how I make a living.»

Martin began to rethink the information given to him by the Paradigna System.

He was in the body of a young man who lived in this world before he took his body.

Martin looked out of the window to see the daylight.

The system told him that in this world some of the people born with a creature or creature being in their soul.

These humans called Shapeshifters because they can transform into their creatures at will and use them to fight or defend themselves.

At the same time, these transformations had power levels close to them.

These levels were made quite simply and shown in numbers.

Martin started to think about that.

At the time, it occurred to him that he'd rather draw somewhere than think.

The memories of his old body came to mind and he reached out his hand and pulled a notebook and a pencil out of the drawer.

And then he started to write systematically what he could think of.

"First Level Of The Creature At First

"By the time, it is going to improve"

Martin confirmed it with his head. It was just a simple system.

But it explained a lot of things.

After transforming the creature into their soul , the user could hunt other monsters or shapeshifters and get stronger.

It was as if the creatures that had grown stronger in this way had evolved.

Paradigna just gave him only this information right now.

It said if he wanted more information, he'd have to find them himself or get stronger in time.

Martin did not care about the information for the time being.

Paradigna told him that if he thinks in his mind these words which are "Status or Paradigna Status", There will a status panel that going to show him his status and other things about the shapeshifting system.

«Martin Bloodfire»(Random Surname for the fit)

As Martin opened his status with using the Paradigna, he began to hear the strange divine voice again in his head.This voice began to inform him again.

At that moment, Martin had a big smile on his face.

That was pretty rare. Martin only smiled when he killed a human being.

For this reason, he smiled almost for the first time without killing anyone.

Paradigna told him about a lot of different things this time.

He said he would earn Paradigna Points for all the creatures and people he killed through the Paradigna System.

Using these points, he could enter the Paradigna Market and buy and transform from billions of creatures or beings.

The number of creatures he could transform was directly proportional to his spirit power.

Martin noticed all this, so he had a big smile on his face.

He wasn't going to get bored where he just came in.

Of course, he did not know that this world will affect his soul...

Shapeshifting Creatures effect everything about a person.

(Martin can be more good , or more bad as the time goes forward)

http://novelrating.com/ - this is my website, I check other novels and review them to my readers, please check it