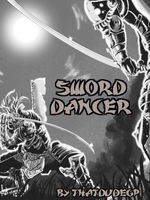 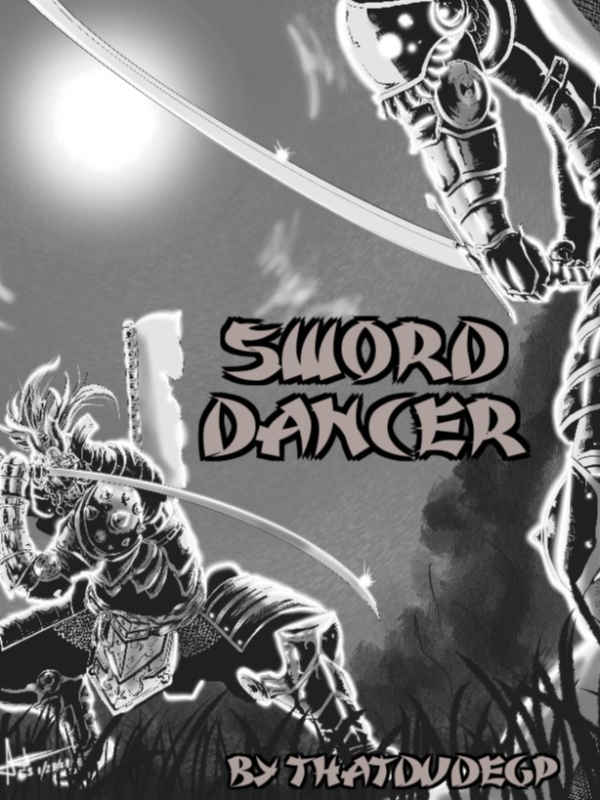 Bora took a cautious step forward. He moved slowly and with purpose, his movements calculated. He held a slender sword out in front of himself. It's single edge glinted menacingly with the faint light of the fire behind him.

Across from him stood a foe who was equally, if not more so, confident in their own sword skills. His opponent held his blade hilt with both hands. Bora saw a flash of amusement in their eyes from behind their helmet.

They circled one another like two feral alley cats. Each waiting for the other to lapse in their attention. Seconds stretched out in to what seemed like an eternity, till finally a faint scream from the depths of the burning city called out.

It was then that the helmeted opponent lunged forward with the grace of a life long swordsman. Their blades met, sending sparks flying outward. Though the fire through out the city raged, it seemed like the only sounds to be heard now was the sound of their swords coming together. Bora parried an over hand slash, returning the strike with one of his own. His blow, in turn, was blocked. Back and forth they went testing the limits of their sword skills. They fought each giving up a bit of ground only to retake it momentarily after. Bora flew through all his forms, his Plummeting Sparrow meeting with a Coiled Serpent, only to be immediately followed by Stone Strikes Wood. His foe blocked with the simple, Tortoise In the Shell and followed up quickly with the impossibly difficult Wind Strikes the Mountain. He missed, thrown just slightly of balance but not enough for Bora to end the duel. Their fight from the outside looked like a graceful dance between two master performers.

Sweat began beading about their furrowed brows. Bora slipped in to Karp Jumps The Brook, sliding across the stone paved street on one knee and coming up with his sword in his out stretched hand. The blow mostly missed, mostly. The tip grazed across the helmed mans exposed underarm. Not enough to make the man drop his sword but enough to cause him to step backwards. Bora capitalized flowing in to Bull Charges and then in to Cat Pounces, a difficult form that ended with Bora spinning clockwise and striking the man in the neck, severing his head completely off.

The now headless body crumpled to the ground immediately, lifeless. Bora straighted and then wiped his bloodied sword on his slain foes undershirt. He searched around for the next enemy to face but all around him was void of life.

"I guess that's, that" He said satisfied. He started toward where he had last seen his allies fighting. The helmed foe had been the captain leading the defense of the city. With him dead the city was as good as theirs. He dispatched any enemy that still fought and let the cowards flee, they would be delt with eventually so he had no need to chase them.

He was covered in cuts and minor wounds, as one is in a prolonged battle. No soldier, no matter how skilled could escape a battle with out a wound or two and though Bora was master he still had much to learn about the sword.

That was the mark of a true master in anything, it was the understanding that no matter how skilled they were there would always be someone more skilled to fight, so you never stopped learning, never stopped improving. A lack of learning would eventually lead to your death, as the helmed captain would vouch had he still had his head.

It was another half hour before he found his allies standing outside the main throughfare of the castle in the middle of the city. They stood at attention watching as a siege engine battered at the thick metal doors that protected the entrance to the castle. Behind those doors was their goal, the rebel King and what was left of his army. Once the false King was captured, or more likely slain, Bora could finally return home to his family.

It was nearly four years since he had last seen his wife and sons. Boro, his oldest had been only six when the war horns were sounded across Galaos. His youngest had been just a babe still suckling at the teet, he didn't even know the childs name yet. Raina, his wife, had begged him not to leave to war, even with the threat of death to all those able bodied men that refused. She suggested that they run. The blasted woman had wanted to travel to Fallion to escape the head hunters that would surely have come after him. She didn't know that there would be no escape, no matter where they went, if he deserted. He was Bora the Bold, one of the greatest Swords Masters in Galaos, desertion would mean a life staying just a step a head of the Kings hunters. No matter how great a swordsman he was they would catch and kill him, or worse his family, eventually. So he had packed and left to the capital that same day leaving his family in the safety of his lands.

Now his campaign was nearly at it's end, he could almost smell Rainas lavender scented hair in the wind. He looked on at the metal gate slowly but surely beginning to give under the barrage of strikes. He allowed himself a small smile, happy to finally be nearing the end.

His smile vanished almost as soon as he had made it. The ground under his feet shook violently. The very earth began to split and bouts of jet black flames spewed from the gapping holes. The stone paved road he and his army had been standing on began to rise and fall. Whole swaths of his men falling in the the jet black flames billowing from a dark abyss. He heard heard the shill screams of men falling and burning or burning and then falling. He lost his own footing tumbling to the ground. He barely caught the edge of the crevice that opened up under him. He felt a sharp pain in his arm, he dislocated his shoulder and yet he still held on for dear life. He felt a burning pain running up his legs to his chest. In the seconds before he would have fell into the blackness he saw Raina and his two sons as he last saw them, standing on the edge above him, and then he saw nothing, his eyes closing to life forevermore.