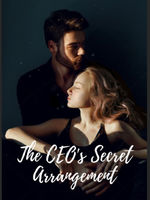 Chapter 1: Not So Sweet Boss

It was a rainy Monday morning in bustling New York. Chloe was leaning on the coffee table, with distant thoughts, with her long legs crossed, waiting for the coffee to be ready. Wearing a black tube dress and high heels, she was internally getting ready for another busy week at Bailey’s Industries.

“So, what’s wrong with you today? Overthinking again?” Brianna asked before she sat on a chair in front her friend.

“No... Hm... Maybe, yes.” Chloe smoothed her long brown hair while she sat calmly. “I was thinking about my life. Nothing new.”

“Nothing new for sure!” Brianna mocked. “Oh, did I tell you the last news?”

“No, what is it?” Chloe got up and checked her clothes on the mirror.

“Our handsome boss said he won’t be attending the Opening of St. Clair Hospital in Chicago because he has a lot of business to deal with here. How come? He is the guest of honor!” Brianna sounded shocked.

“Really? I didn’t know that. Did he tell you this?” Chloe was surprised.

“Not really. He was talking to Tyler on Friday, in the office. I heard this part of the conversation before I left.”

“Bri, this is gossip! Please! If Mr. Bailey knows it, he would be furious!”

“Come on, Chloe! Do you think this is right? A lot of people are expecting him there!” Brianna sighed, looking at her friend. “Without him, that hospital would not be opening!”

Chloe walked towards the coffee room’s exit, with Brianna by her side.

After a moment, Brianna continued:

“Don’t you think Mr. Bailey is too cold? It looks like he doesn’t have a heart at all. During my 10 years working here, I’ve never seen him with a real smile on his face. Words like ‘please’ and ‘thank you’ don’t exist in his vocabulary. How can a person live like this?”

“Yes, I do think he is cold and he seems to be heartless. Rude and bossy as well.” Chloe simply said.

She looked through the window and added:

“Maybe he’s just a lonely person trying to hide his true self.”

“Ms. Rodriguez!” Mr. Bailey’s driver, Josh, bumped into them in the hallway.

“Oh, ok. I’m on my way. Thank you” Chloe just glanced at Brianna before she left.

On her way to Mr. Bailey’s room, she took deep breaths to start her day as good as possible.

“Where were you?” he asked, with a strong voice. His imposing presence made Chloe shiver for a while. After one year working for him, she should be used to this, but the feeling was still the same.

He was standing near the glass window, watching the world outside. His hands were in the grey suit pockets, his black hair perfectly combed and a neatly shaved beard. His height just reinforced how intimidating he was over people.

“I was at the Coffee Room, drinking some water.” she lied firmly.

“You should have a bottle of water on your desk.” he stated coldly.

“Anyway, be available when I need you. That’s the reason why you work here.”

“I didn’t know you were at the company, Mr. Bailey. It won’t happen again.”

She was pissed off, her cheeks were really red with heat and anger.

Chloe hated to be scolded. Nevertheless, she would not say sorry to him. Not this time.

“What’s my schedule today?” he was still looking through the window. He didn’t even glanced at her once since she entered the room.

Chloe promptly answered his question, once she had everything planned on her mind. It was part of a Personal Assistant’s job after all.

“This morning you have some contracts to sign. At 2pm, you have a lunch meeting with Chinese investors.”

“What else?” he encouraged her to continue.

“At 7pm you have a dinner scheduled with your fiancée and her family at Four Seasons’ rooftop.” she didn’t like to take care of his personal appointments. It was always embarrassing.

“Cancel it.” he said, turning around and sitting on his president chair.

“Ok.” she said, despite the surprise.

“One more thing before you leave.” he looked at her with those glacial blue eyes.

“Tomorrow morning we will have a meeting for the presentation of a new development project. You’ll be there presenting to our shareholders the positive and negative aspects of this project.”

“What?” she was mortified. She had never done anything like that before. “I can’t do it! This is not my duty!”

“Your duty is to do what I command you. I’m the boss here and this is what I want you to do.” Mr. Bailey stated rudely.

She couldn’t hide her shocked face.

He kept his gaze on Chloe as he stood up and headed towards her slowly.

When Mr. Bailey was right next to her, he looked into her eyes and said:

“There’s always a first time to everything, Ms. Rodriguez. And tomorrow will be yours.”

As it was not enough, he bent down and whispered in her ear:

“Do your best. It’s a 15 million dollars project.”

She couldn’t even breathe anymore.