Human Observation Program! All of humanity is missing! - The Entire Mankind is Acting As Me, I Shall Secretly Build a Battleship and Shock the World - Chapter 1 by Two Langya Brothers full book limited free 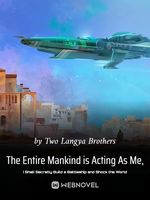 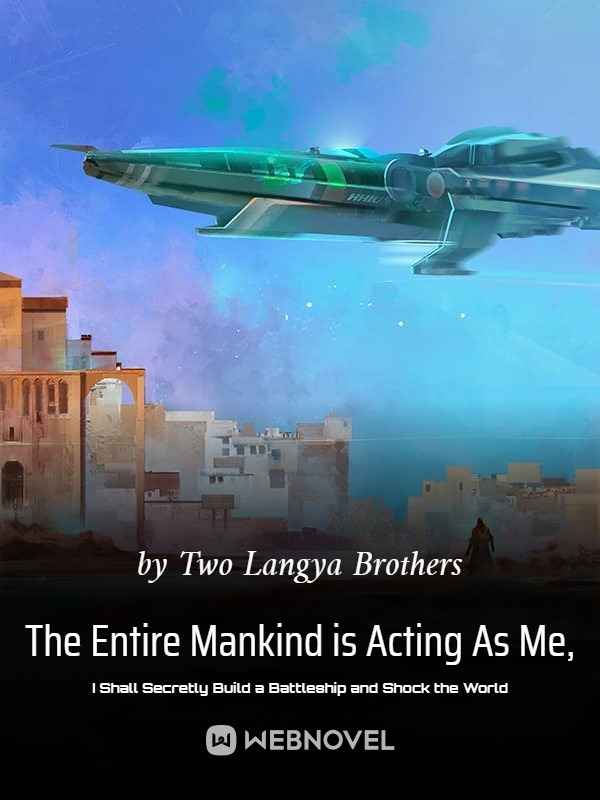 The Entire Mankind is Acting As Me, I Shall Secretly Build a Battleship and Shock the World

Chapter 1: Human Observation Program! All of humanity is missing!

"Hello, everyone. Welcome to 'Humans On Camera.' I'm the host, Maggie."

"This program was created by the top ten financial groups in the world."

"There are a total of five contestants participating in the first season of this program."

"All five of them are adult males with different occupations. They are from the United States, Japan, Korea, the United Kingdom, and Russia."

"The team has spent a lot of effort to evacuate everyone except for the contestants from the cities where the contestants were located, creating the illusion that humans have suddenly disappeared

"This program was jointly created by the top ten consortiums. The credibility of the program guarantees that every contestant does not know about it and there will be no trust. After the program ends, the contestants who do not know will be compensated financially."

"Next, I will introduce five contestants..."

In the international live broadcast room.

The Humans On Camera program which had been promoted for nearly half a year commenced as scheduled.

Many people around the world were watching the live broadcast with their cell phones or in front of their computers.

The female host, Maggie, had a professional smile on her face.

She introduced the general situation of the reality show to the audience.

After introducing the premise of the program, she began to introduce the contestants.

"The first contestant is Raymond from the United States. He is 22 years old today and has a high school education. He is currently unemployed."

Five images appeared on the screen behind Maggie. She pointed at one of the young men. He was blonde and fair.

The young man was lying on the bed with his eyes closed.

It was obvious that he had not woken up from his deep sleep.

"Raymond was born in the slums. Both of his parents died, and he was often bullied when he was studying... Under such circumstances, would he be hostile to society? What would happen if he's alone in a city?"

Then, there was the second person.

"The second person is an elite worker from Japan. His name is Miyoshi Yamada..."

"The third person is Park Hyun-Yo, a popular Korean celebrity..."

"The fourth person is a best-selling Russian novelist, Czymen Werenski..."

"The fifth person is the chairman of a British company, Aaron Bob..."

The five contestants appeared one by one.

At this moment, all five of them were in a deep sleep and had not woken up.

Naturally, they did not know that there was no one else in the city that they were in.

These five contestants came from different countries and were engaged in different professions. They have all been gathered together in this program.

Actually, if one were to look closely...

One would find that one of them did not fit in with the others.

It was the American contestant, Raymond.

The contestants from other countries were either chairmans of companies or best-selling novelists.

At the very least, the man would be a white-collar elite.

Raymond was a person from the slums, a person at the bottom of society, an unemployed vagrant.

He was actually able to participate in the program with this group of elite people?

Actually, the reason behind this was well-known around the world.

This program had been jointly created by the consortia.

Their real goal was to see the child from the slums lose face.

They wanted to see this young man named Raymond make a fool of himself, hoping to criticize the poor based on his actions where they would assume he was doing as he pleased.

The juxtaposition of his actions would show their sense of superiority and nobility as rich people!

"As we all know, human nature is inherently evil, and people are born with bad personalities

"However, through the nurture of education, one could make people lock up the ferocious beasts in their hearts and show their kind and cultured sides.

"However, I don't think that this low-class person named Raymond, born in the slums, would have such an upbringing and show his kind side.

"His inferiority has been carved into his bones. From the moment he was born, it was already destined!"

Between the lines, he did not hide his contempt and belittlement for Raymond.

Once this tweet was posted, it immediately received hundreds of thousands of likes and retweets.

There were even close to a million comments. Many people agreed with his point of view.

"How long do you think this poor boy named Raymond would be able to hold on without making a fool of himself?"

"I think two days is already the limit. It might even be one day."

"Have more confidence, brother. I have a script here. When Raymond discovers that the entire human race has disappeared in the morning, he will do whatever he wants in the afternoon. If you don't believe me, just wait and see."

The comments section was filled with a large number of similar comments.

Although the show had just officially started and Raymond had yet to wake up and take action, these people couldn't wait to see him make a fool of himself.

Each and every word they uttered reduced the young man from the slums to dust.

After all, everyone knew what a slum was.

It was synonymous with dirt and grime, filled with evil and low-lives.

People who came out of such a place would not be able to do anything good in a society that was not bound by laws and morals.

There were also people who came out of the slums among the audience. They refuted the above remarks.

However, such voices were too few.

They carried no impact.